Upon the completion of the two-day test team manager Tom Milner said the outing was an overall success, but added the team returned to the shop knowing a lot of work remained to be done. The crew is devoting long hours preparing the No 50 Panoz Avezzano GTS in these final days before the St Petersburg  races.

Ian James, who joined Team Panoz Racing in January for the full Pirelli World Challenge Championship season, also spent long hours with the team and on the track to best prepare the brand new race car for its first race weekend. One fortunate benefit is his familiarity with Panoz sports cars, having raced various Panoz machines during his successful 18-year career. He will drive the No 50 Avezzano GTS in the Pirelli World Challenge GTS class this season.

“For a new car rollout, yesterday was very successful and today we made continuous progress,” he said. “We had quite a list to go through. Obviously with any new car you have that, but we went through them and ticked off all the boxes. I’m very happy with the car. It’s very enjoyable to drive, and I’m definitely looking forward to the first race.” 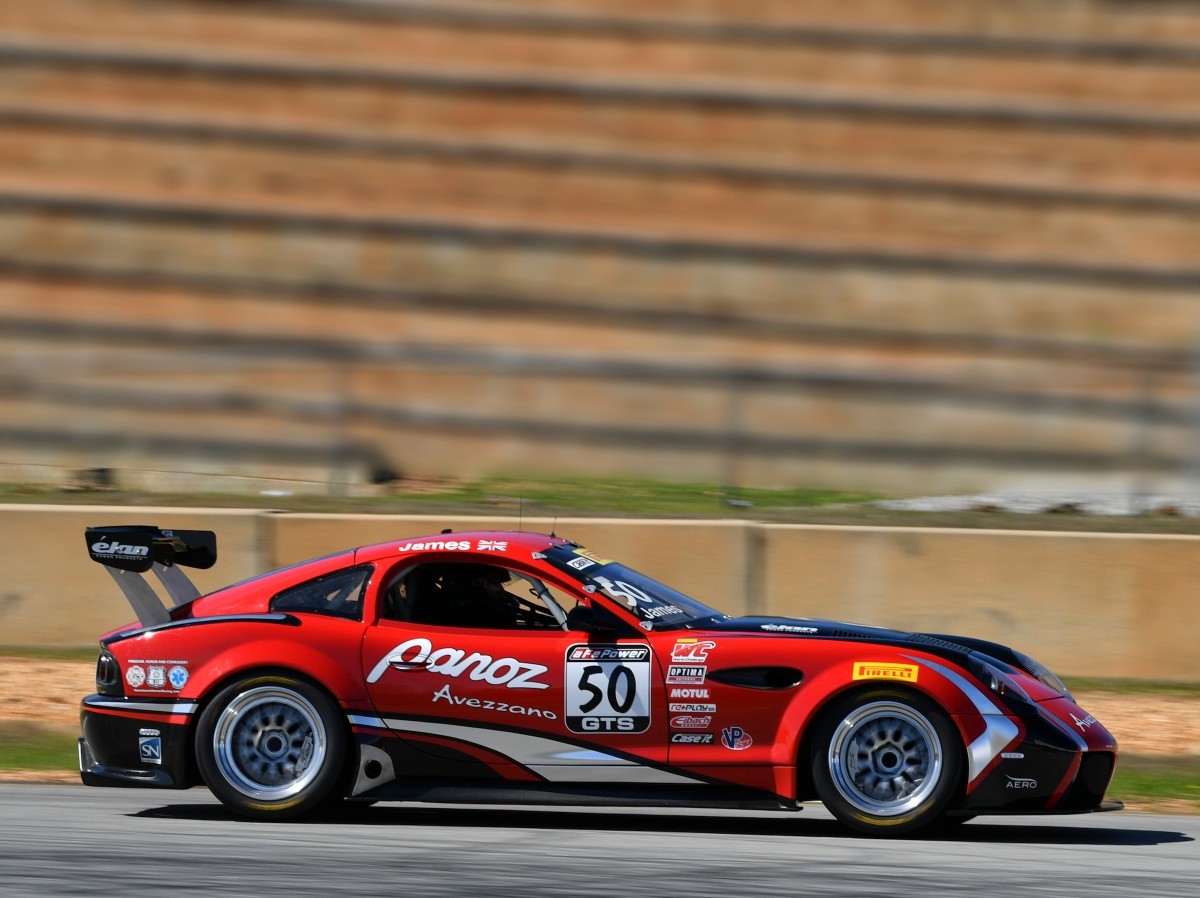