The UK Sports Prototype Cup will launch in 2019 with a strongly promoted calendar at the most popular race circuits. The Cup has been created to provide a multi-marque racing environment for lightweight sports prototype cars racing in a premium race weekend package.

The inaugural calendar is planned to feature races at some of the UK’s top circuits, including Brands Hatch, Silverstone, Donington Park, Oulton Park and Snetterton. The highlight of the provisional calendar is a support race to the European Le Mans Series at the demanding Autodromo Internacional Algarve close to the resort of Portimao, Portugal. The calendar will be announced later this year, but providing generous track time and a variety of race lengths will be key features of the Cup. This will include sprint races of around 25 minutes, and longer endurance style races featuring a compulsory pit-stop. These races will vary between 45 minutes and 1 hour and teams can choose to enter two drivers.

The Cup will be promoted by Pitbox91 who are developing a programme of events with the British Automobile Racing Club. Pitbox91 is a motorsport agency and director James Bailey has over 30 years of motorsport management experience within the British Touring Car Championship, FIA World Endurance Championship and Le Mans 24 hours. He also created the popular Dunlop Great and British Festivals and Race Academy, which were a feature of UK race calendars between 2006 and 2010.

The British Automobile Racing Club has over 100 years experience in motorsport organisation. In addition to running the Dunlop MSA British Touring Car Championship, they also organise the prestigious FIA World Endurance Championship at its UK round at Silverstone.

The UK Sports Prototype Cup will feature ‘races within the race’. “Rather than trying to balance the performance of a variety of different cars, any class of more than eight cars will be promoted as its own event with the Cup. The Cup will be launched with two such categories, The Revolution UK Trophy and the Trophy for Radical SR3 cars,” said Bailey.

The Cup will run alongside other premium racing events such as the Britcar-promoted Dunlop Endurance Championship at UK circuits and the European Le Mans Series at Portimao.

The UK Sports Prototype Cup and Revolution have a five year agreement to have a ‘Revolution UK Trophy’ as a promoted feature race within the Cup.

The exciting new V6-powered Revolution (see separate story), which will be unveiled in early November, will have its own dedicated class within the UK Sports Prototype Cup. The LMP inspired, carbon tubbed, high downforce prototype has been under development for over a year and will be one of the cornerstones of the Cup.

“We believe the 440 bhp per tonne performance coupled with the quality, design and technology of the Revolution will quickly establish it as one of the leading premium prototype cars on the market. It’s important for drivers and teams investing in the Revolution to know that they have strong race events to compete in together. We are delighted to promote the Revolution UK Trophy as a feature category with a commitment until at least 2023,” said Bailey.

The UK Sports Prototype Cup will feature a promoted class for one of the world’s best selling racing cars, the Radical SR3. With hundreds of the well-proven prototype in existence, the dedicated category is expected to be a closely contested ‘race within the race’.

Dunlop developed the original tyre for the Radical SR3 and will provide its expert service and technical support at each round of the UK Sports Prototype Cup for competitors in both the Revolution and Radical SR3 Trophy races.

“When we started planning the UK Sports Prototype Cup, we had considerable interest from teams and drivers who own Radical SR3 cars. They told us that the service level of Dunlop’s experienced Le Mans technical team and the welcoming ‘family atmosphere’ we aim to create were attractive selling points for them” said Bailey. 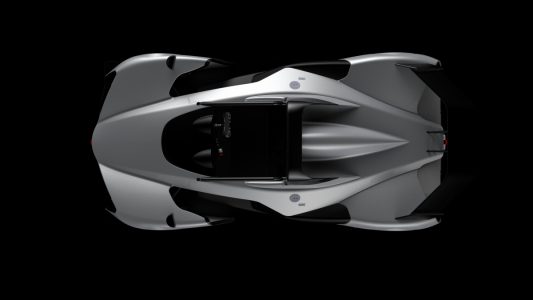