Following the announcement last year by WSC Ltd, promoter of the TCR series that it plans to launch ETCR, the first electric multi-brand Touring Car racing series, with production cars powered by a common 100% electric powertrain that it has just been revealed will be supplied by Williams Advanced Engineering. It will design, develop, manufacture and supply the batteries and vehicle control modules (VCMs) for the series that plans to establish itself first across Europe, Asia and North America.

“The team at Williams Advanced Engineering is delighted to be able to bring our award-winning expertise in electrification to ETCR,” said Iain Wight, business development director of Williams Advanced Engineering. “With the experience, skills and know-how accumulated within Williams from electrifying motorsport and road-going cars, we’re excited to work with the team at WSC Group to continue the progress of electric vehicles and racing to inspire the future of sustainable mobility.” 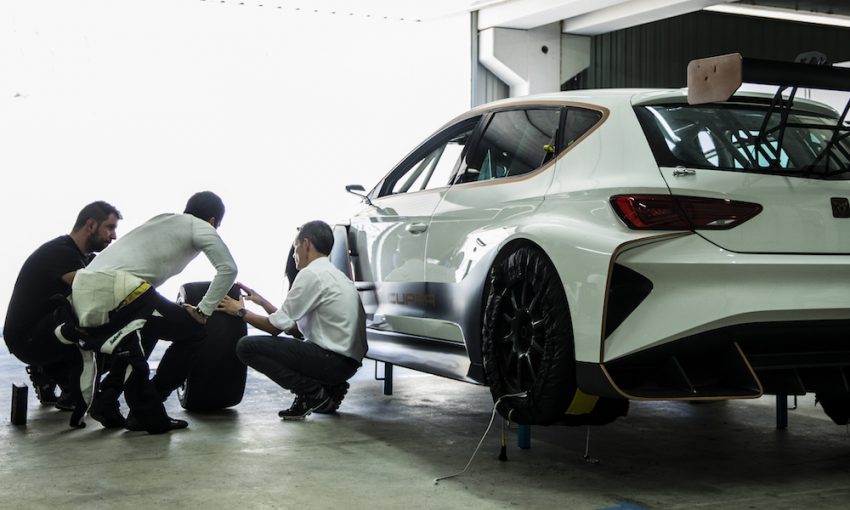 First revealed at the Geneva Show in March 2018, the Seat Cupra-e-Racer is the only car to date that has been built to ETCR’s technical regulations. It was subsequently given shakedown tests by Jordi Gene at Parcmotor Castelloli in Spain where the maximum output of the electric motors, power management regarding temperatures, and the car’s driveability were all examined and measured along with the accelerator response, the braking system and energy recovery.

The ETCR series, which was officially launched during last October’s TCR Europe season-ending round at the Circuit de Barcelona-Catalunya, will feature both street circuits and permanent tracks, using connectivity and new technologies to deliver a new format with race data available to spectators at the event and online.

IMSA president Scott Atherton has already expressed an interest in the series, saying that the potential addition of the ETCR platform to IMSA’s portfolio, which holds the North American rights to TCR, has been evaluating future all-electric race options and that it would be “very consistent” to its vision for the future of motorsport, but that IMSA needs to have a “leadership” role.