At the Automobile Club de l’Ouest’s pre-Le Mans 24 Hour race press conference on 14 June details were given of the new Hypercar class that will be introduced in September 2020.

Manufacturers will have a choice of entering a prototype in the style of a hypercar or developing a road-going hypercar with the stipulation for the latter being that at least 20 must be made over a two-year period. While the body and underbody designs will be free, the aerodynamics will be more tightly regulated for safety reasons.

Whether prototype or based on a limited series production car, manufacturers will have the choice of their cars being either conventionally powered or using a hybrid unit that is restricted to 200 kW (270 hp). With the aim of cars completing a lap of Le Mans in 3 minutes 30 seconds, the average powertrain output will be limited to 550 kW (750 hp) for the cars that must not weigh less than 1100 kg.

For non-hybrids, the prototypes will be able to be powered by a bespoke race design or a modified hypercar engine while production versions can either be powered by the road-going engine or one made by the same manufacturer. The power curve will be regulated and there will be a single tyre supplier.

The hybrid system will drive the front wheels on the prototype whereas the position is identical to the street-legal model for road-going hypercars. However, they will not be able to boost below 120 km/h on slick tyres and between 140-160 km/h on wet weather tyres.

The ACO has said that budgets will be controlled and teams will be encouraged to run two cars in a full FIA WEC season over five years.

“Today, the FIA is pleased to announce the new regulations that will see hypercar-type cars become the premier category of the 24 Hours of Le Mans and the FIA World Endurance Championship,” said FIA president Jean Todt at the announcement of the new regulations. “Taking effect from the 2020/21 season, they have been developed through a process of positive collaboration between the FIA, ACO, manufacturers and teams, and will provide a stable platform for the long-term, as well as cost-effective proving ground for next-generation automotive technologies. Together, we look forward to the many benefits we can expect this new direction to bring.”

Following this announcement Aston Martin has stated that it will field a minimum of two works Aston Martin Valkyrie hypercars that have been specially-developed for the 2020/21 FIA WEC season.

In line with WEC’s newly confirmed hypercar regulations designed to allow race-prepared derivatives of the world’s fastest road cars to fight at the forefront of world sportscar racing, the Aston Martin Valkyrie race car will draw on all the radical pillars of the road car and its track-only AMR Pro variant.

“The FIA World Endurance Championship and the 24 Hours of Le Mans represent the ultimate challenge for the Aston Martin Valkyrie – the world’s most extreme hypercar,” said King. “Designed and built with the purpose of pushing boundaries on the road, it’s natural to conclude that the next stage in its development would be to measure its capabilities on the track. I can think of no better way to do that than to compete in a world championship and the most prestigious and famous race of all.”

Aston Martin Lagonda President and Group CEO, Andy Palmer said: “We have always said that we would one day bring Aston Martin back to Le Mans with the intention of going for the outright win when the time was right – now is that time. David Brown came here in 1959, with a car and a team of drivers capable of winning. We intend to do the same in 2021. The Aston Martin Valkyrie is primed for such a challenge and sits perfectly within the ACO’s new hypercar rule framework. Bringing to bear all of our previous experience and knowledge of competing at the top levels of motorsport, we embark on this most ambitious project with the necessary ingredients for success. What could be more evocative than the wail of an Aston Martin V12 leading the charge into the night on the Mulsanne straight?” 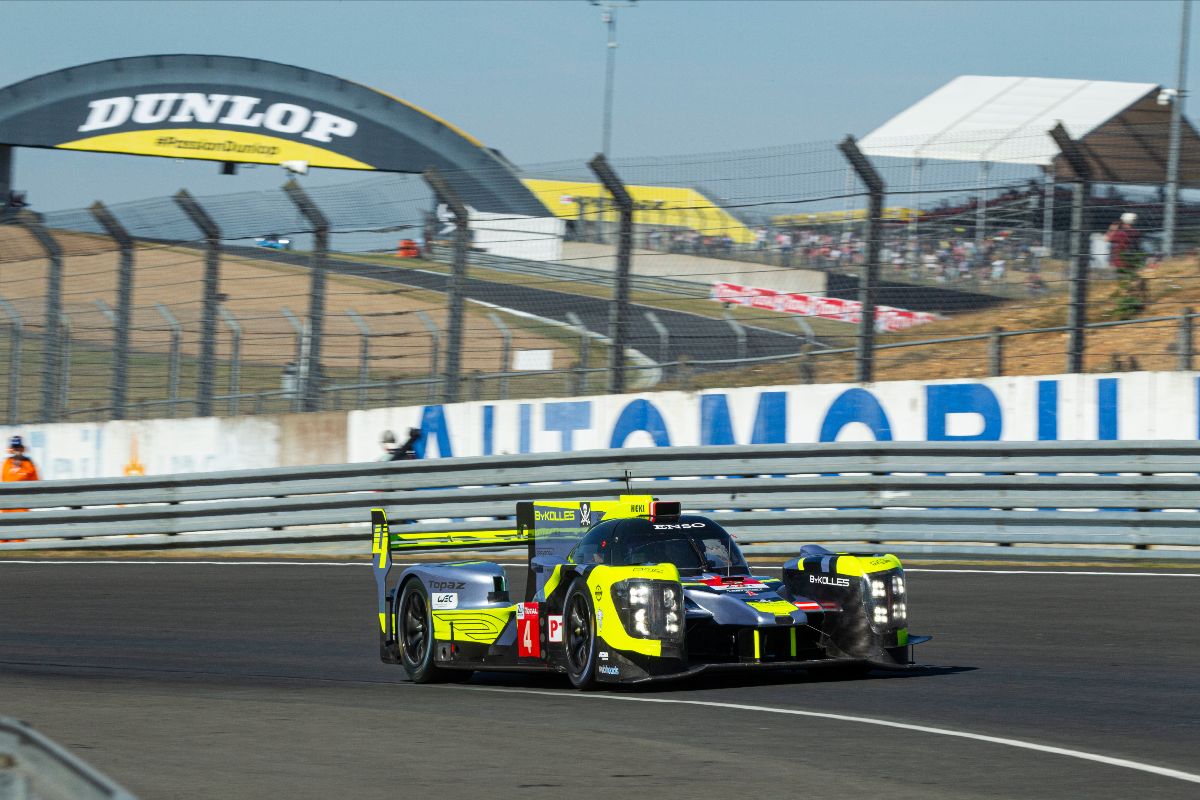 ByKOLLES Racing has also confirmed its intention to build its own road-legal supercar which will have its racing definition as a hypercar. This plan, which involves all engineering and production resources at ByKOLLES, has led to the consequence that the team opted for not to lodge a full-season entry for 2019/20 WEC in order to mainly focus on the supercar/hypercar which is planned to be unveiled in a ceremony to be held in occasion of the 2020 edition of the 24 Hours of Le Mans.

“The hypercar regulations are very open to a diverse approach to the technology used, balancing both hybrid and non-hybrid powertrains with manufacturers able to introduce new ideas,” said Richard de Mille, president of the FIA Endurance Commission. “It will be a new era with regards to the way technology will be used in endurance racing.

“I am confident that the new hypercar category will takes the top class at the 24 Hours of Le Mans and in the FIA World Endurance Championship to new heights from 2020 onwards.”