On 18 July, Corvette revealed its all-new Corvette, a mid-engine sports car it claims is so much more than Next Generation  as it is what it claims to be ‘next level’ with only a single part being carried over from the last generation. The all-new body structure is also more than 10% stiffer than the previous generation, which contributes to ride and confidence-inspiring handling. 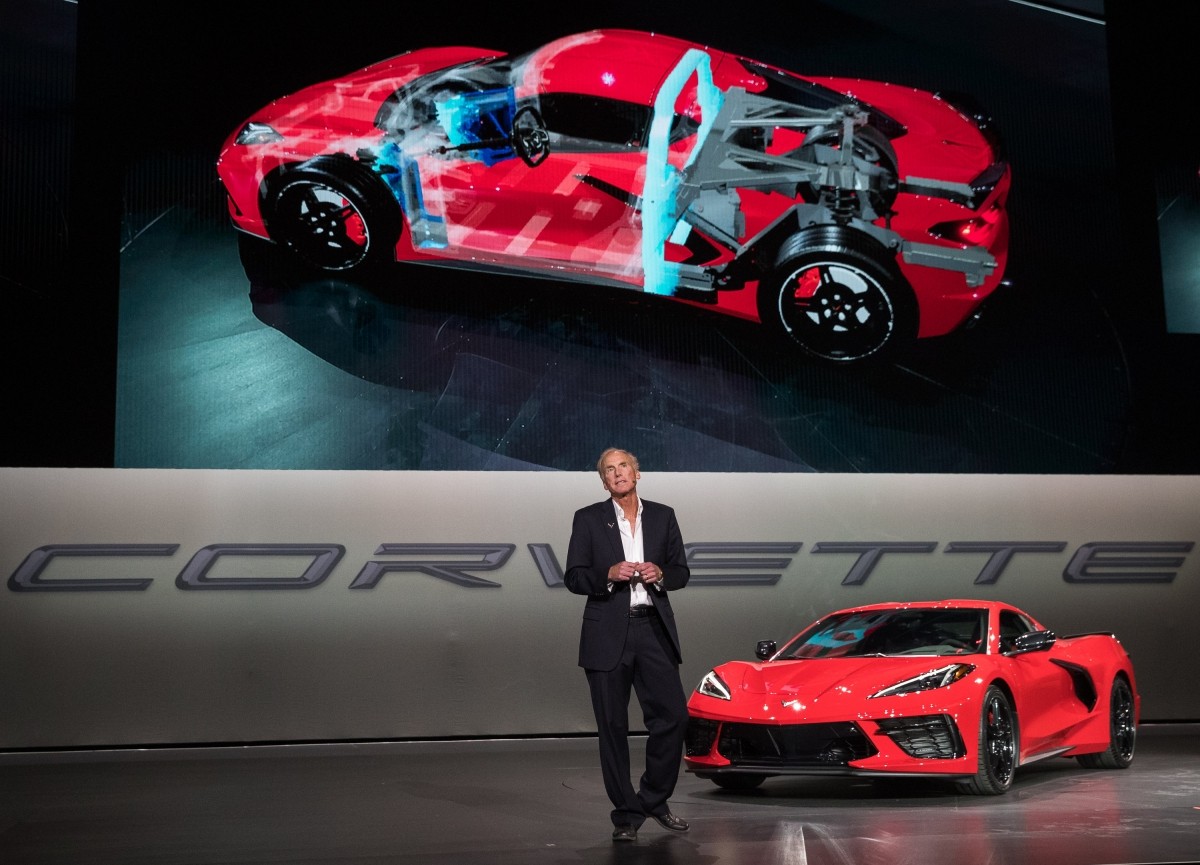 The car features a new 6.2L Small Block V8 LT2 engine producing 495 horsepower and 470 lb-ft of torque when equipped with a performance exhaust making it the most powerful production Stingray ever. It’s equipped with a standard dry-sump system for improved performance when g-forces are high, and features Continuously Variable Valve Timing that further improves performance.

The new engine placement provides rear weight bias, meaning more power is directed to the rear wheels where it matters most, and with the windscreen now over the front wheels, there’s improved downforce without the need for a front air dam. The door handles and the hatch and hood (bonnet) releases have also been hidden for a perfectly clean appearance and improved aerodynamics.

The 2020 Corvette was born in the wind tunnel, with its new mid-engine architecture providing a number of aerodynamic and cooling benefits such as heat exchangers behind each opening to keep the engine cool, and a hybrid rear spoiler that helps keep the car planted when speeds are high.

Available with the Z51 Performance Package, this next-generation damping system reads the road every millisecond and adapts in as little as 10-15 milliseconds. An innovative suspension fluid contains metal particles that align and become rigid in an instant, giving you the confidence and control to push harder while staying planted.

With the turn of a meticulously designed dial, everything changes. The Driver Mode Selector lets the driver electronically calibrate up to 12 performance variables so the car is ready for any road. The all-new My Mode and Z-Mode allows the personalisation of performance even further, allowing settings being saved between drives.

The height of the car can be increased by almost two inches (5 cm) in less than three seconds at low speeds so that low obstacles like speed bumps or steep driveways can be cleared. It also remembers up to 1,000 GPS locations.

General Motors President Mark Reuss drives the 2020 Chevrolet Corvette Stingray onto the stage during its unveiling. Photo by Dan MacMedan for Chevrolet

The car also features a digital driving coach which is back and better than ever with 1080p recording that provides a high-quality reproduction of the drive so that acceleration speed, braking, gear choice, sound and more can be captured. Additionally, it is equipped with Valet Mode that can be used to monitor the use of the Corvette when others are behind the wheel, recording video and vehicle data. 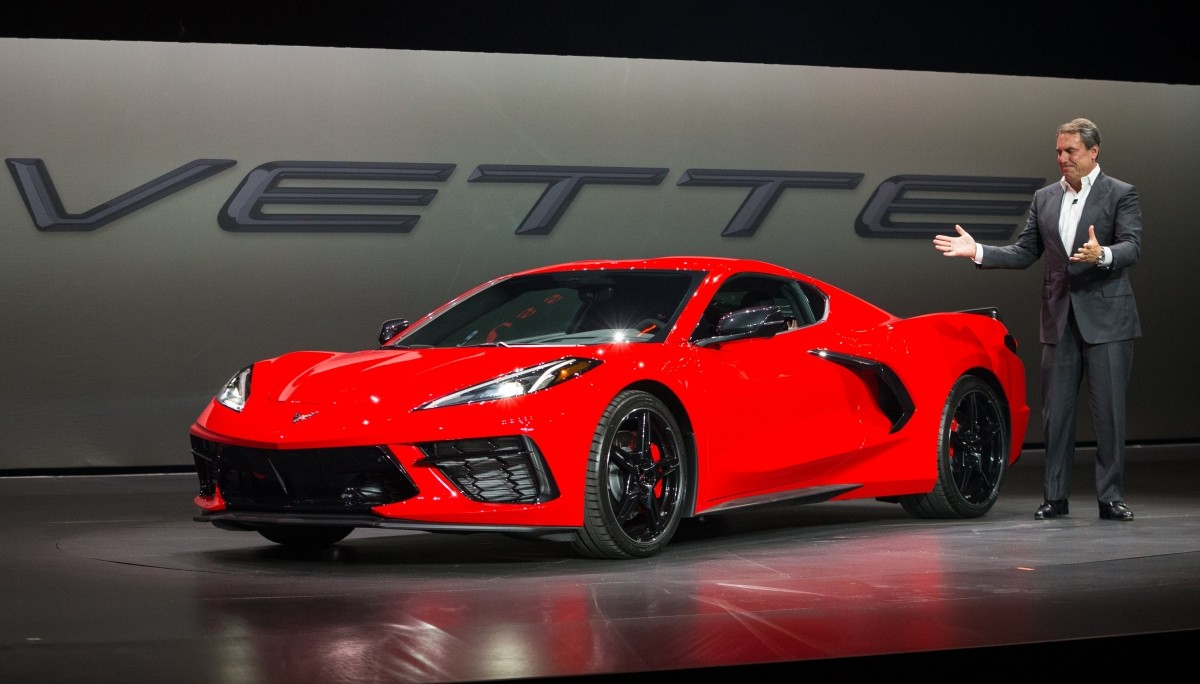