After months of negotiations, F1 made the long-awaited announcement on 31 October that the new regulations for the 2021 season have been unanimously approved, the World Motor Sport Council revealing all 10 teams, the FIA and FOM have come to an agreement over them.

In principal, the 2021 F1 cars will have a radical new design philosophy and striking new look with sweeping bodywork, simplified front wings, bigger rear wings, increased underbody aerodynamics, wheel wake control devices, simplified suspension and low-profile tyres with 18-inch rims. It’s also proposed that the wheel rims will be fitted with a rotating LED display panel to provide information to spectators, while a bodywork display panel is also proposed for the same reason.

The switch to low-profile tyres isn’t purely aesthetic, says F1. The high-profile tyres currently used in F1 tend to move around and deflect a great deal, which has an impact on aerodynamics. The teams with the biggest budgets are able to look at these effects in detail and are better able to deliver solutions that give them an edge over others. A tyre with a stiffer side wall doesn’t move as much, simplifying the aerodynamics and thus reducing development investment.

Although aesthetics was a major consideration, the changes outlined above aren’t just cosmetic – over several years, both Formula 1 and the FIA have been working tirelessly to design cars that can race more closely. 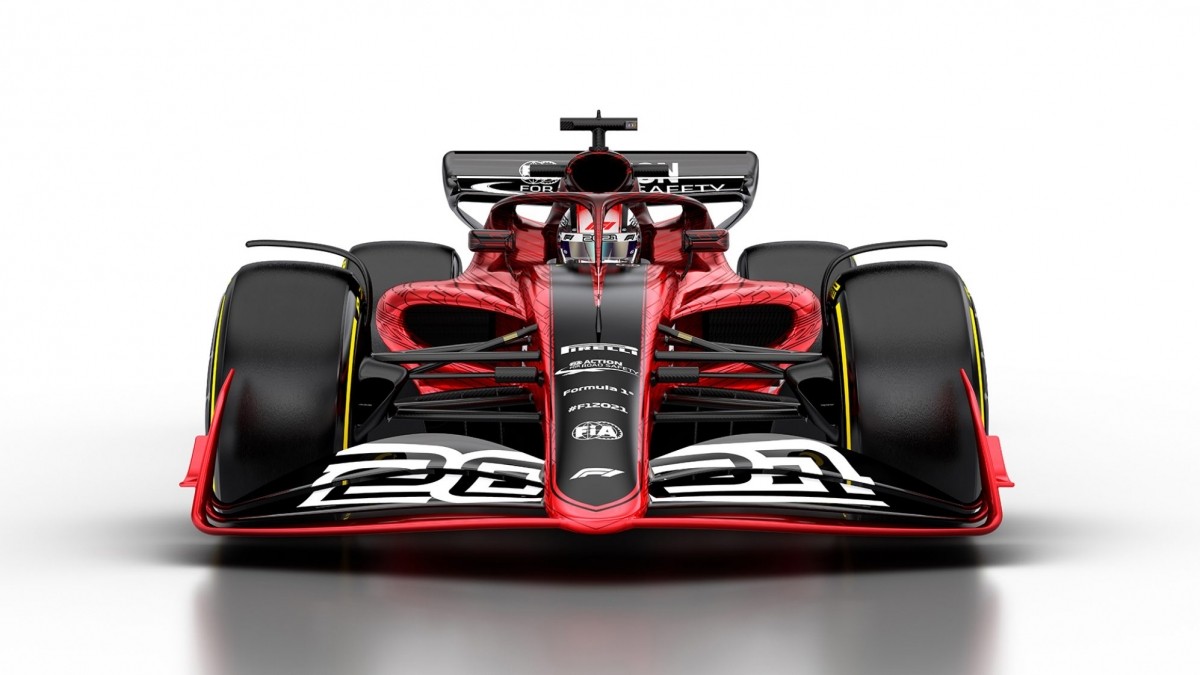 One of the goals was to find a solution to the loss of downforce that the current cars experience when running in another car’s wake. Running in dirty air behind another car, a 2019 machine could lose more than 40% downforce. However, with the 2021 car design, this drops to around 5-10%, with airflow coming off the new cars both cleaner and directed higher, meaning it has significantly less impact on drivers following, giving them the chance not just to overtake, but to battle.

Formula 1 initially wanted to include changes to the power unit and increase the number of standardised components, but ultimately compromised, respecting the fact that the engine manufacturers have invested a huge amount in the development of the existing hybrid engine. Regulations regarding the power units consequently remain the same as now, but exhaust systems have been added to the list of PU components that are limited in number per season, with each driver able to use six before penalty. 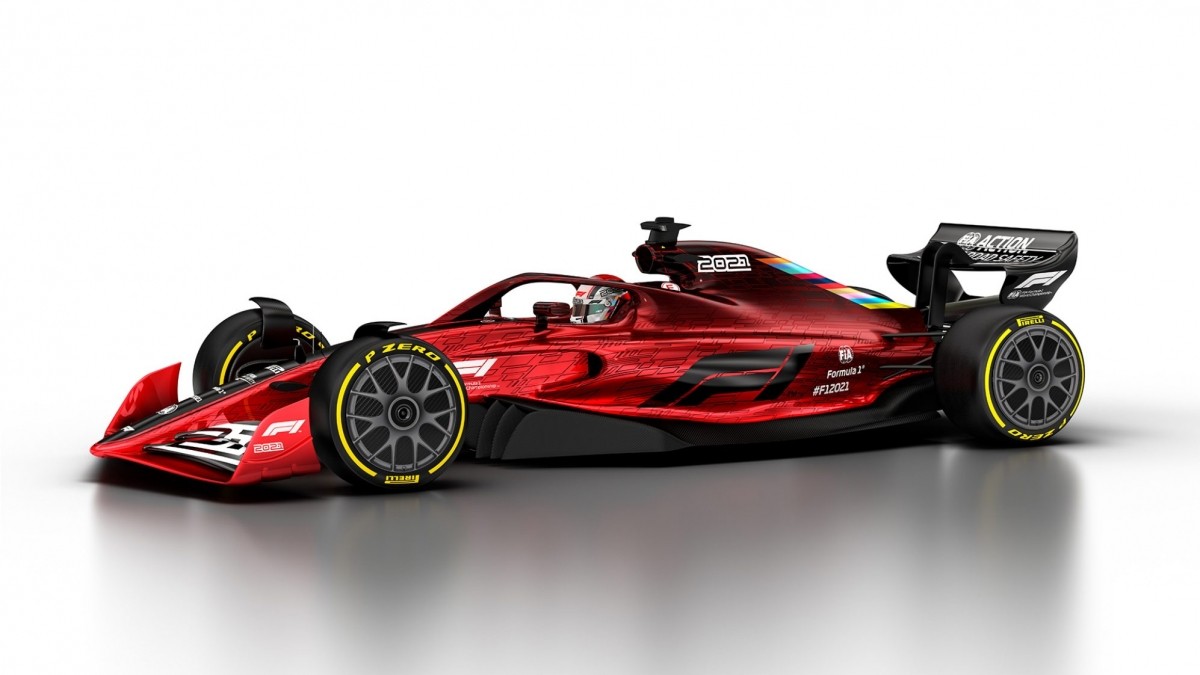 For the first time ever, Formula 1 will introduce spending restrictions to make the sport fairer and more sustainable with the intention of ending the growing spending gap between F1’s big spenders and those with fewer resources, and the on-track performance differential this brings. Rules have been put in place to limit car upgrades over race weekends, and the number of in-season aero upgrades, reducing the costly development arms race that can result in a less competitive grid.

In a further bid to reduce aero development costs, the number of wind tunnel runs teams can do each week has been slashed, with emphasis put on using CFD (Computational Fluid Dynamics) simulations over physical ones.

There will also be the introduction of certain standardised parts, such as fuel pumps, parts that must have a prescribed design, such as wheel covers, and there will increase restrictions on the number of times some components, like brake pads, can be replaced. As a result, the F1 has said that the cars will be 25 kg heavier as a result of the new tyres, changes in chassis and PU materials.

Gearbox design will be more restricted, with configurations frozen to save research and development costs. Tyre blankets, meanwhile, will not be scrapped as once proposed, instead remaining for 2021 and 2022, albeit with restrictions.

The cost cap is being set at $175m per team, per year, and applies to anything that covers on-track performance. However, it excludes marketing costs, the salaries of drivers, and of the top three personnel at any team. 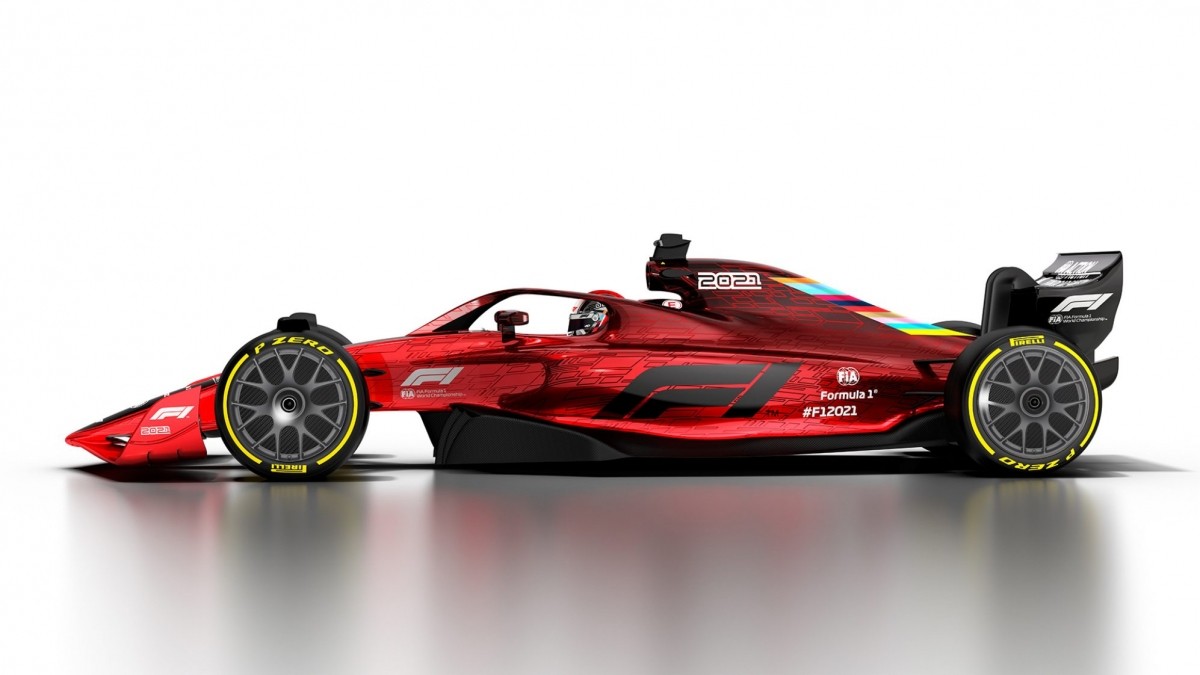 There will also be small but significant changes to the race weekend structure, which will be condensed to improve the fan experience and help teams deal with an expanded calendar, with the maximum number of races in a season now 25.

The pre-race press conference will be switched from Thursday to Friday, ahead of the first and second practice sessions, while cars will now be in parc ferme conditions from the start of FP3, which also marks the point at which the teams must return their cars to the ‘reference specification’ presented for scrutineering before FP1, so any bodywork trialled in practice must be removed. Furthermore, all teams must run at least two practice sessions during the year using drivers who have completed two Grands Prix or fewer giving more chance for the next generation to shine.

As has been commented, the changes to Formula 1’s regulations announced on 31 October are among the biggest the sport has ever seen. By 2021, Formula 1 says that many of those changes will be immediately obvious with more attractive cars, closer racing and a more compact race weekend, but they are still a work in progress. The FIA firmly believes this is the start of a journey, not the end.

The basic fundamentals should not change but, particularly with the Technical Regulations, as the teams develop their ideas some shortcomings are inevitable. As this is the most far-reaching change to the chassis regulations for many years – if not ever – the FIA will continue to consult with the teams to hone the regulations to ensure clarity and to try and eliminate loopholes. There will therefore be ongoing discussions between F1, the FIA and the teams over the coming months about the details of the regulations. 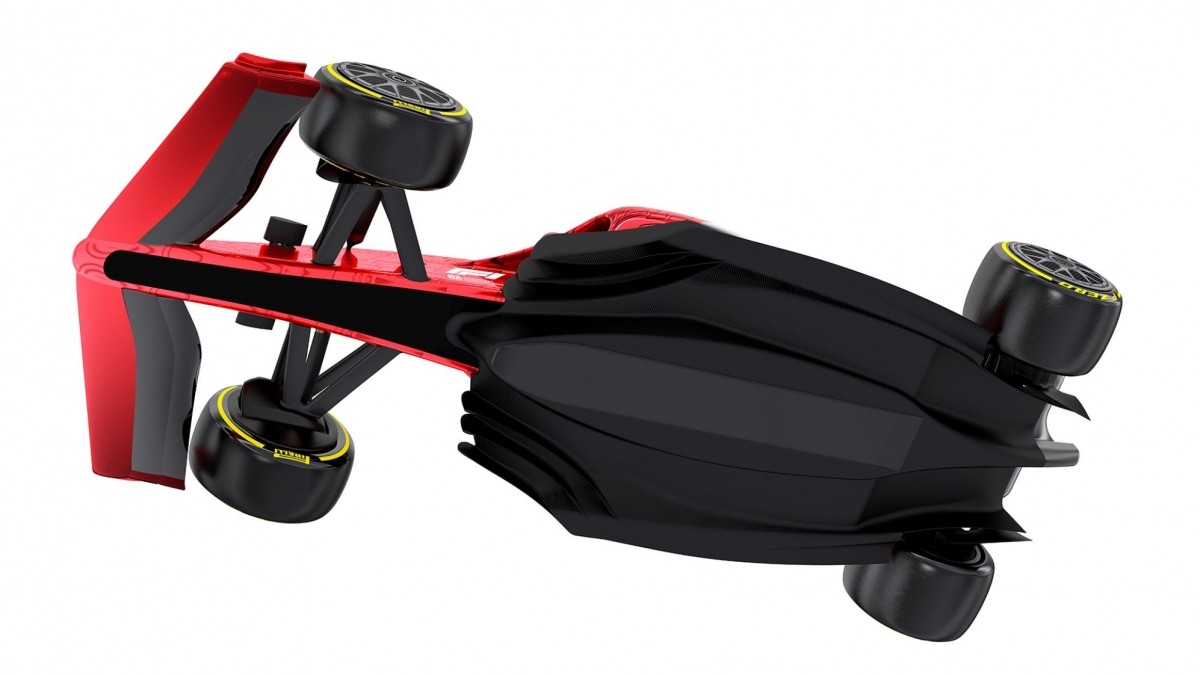 The intention is for teams to be autonomous and to excel by their own merit, but it is recognised that the cost of some components is extremely high. After much discussion, all parts of the cars have been classified into different categories. Some of these – the fundamental performance differentiators – the teams must make for themselves, but some have been standardised, and some may be traded between teams under commercial terms that are compatible with the budget cap.

The restrictions on how many parts teams can supply other teams are only concerned with what is supplied, in other words only those components that fall into the category of Transferrable Components or Prescribed Design Components. The number of components or indeed the number of teams supplied is entirely unrestricted.

It could be argued that the current cars all look very similar – F1 has done tests that show how hard it is to tell them apart without their liveries, as has historically been the case. The rule makers believe they have left enough freedom in the new rules to allow teams to add their own details and little touches that the avid fans love to see.

“We do expect there’ll be numerous areas where cars will look different to each other and can look different to each other,” said Nicolas Tombazis, F1’s head of single-seater technical matters. “The nose, the front wing, the engine intake, the sidepod inlet, the sidepod shape itself, the rear wing, there’s quite a lot of areas where we see still notable performance and visual differentiation.

“Some areas of the car, not a huge number, are going to be prescribed, because there are some areas where there’s such sensitivity to control the wheel wakes that we feel that if we didn’t actually restrict the shapes, we would end up with potentially teams finding ways to overcome the key objectives.

“We feel we’ve taken a huge step towards creating rules that still allow teams and aerodynamicists to be creative while achieving the key objectives.” 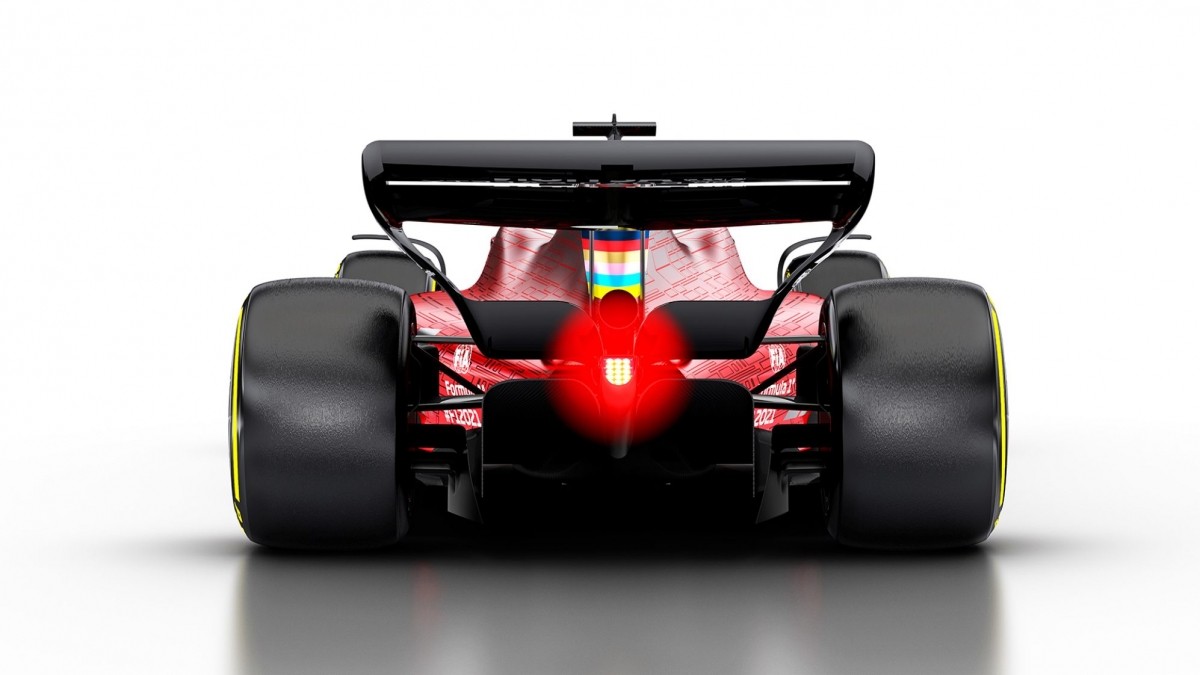