Motorsport UK gearing up for the Restart

Motorsport UK is gearing up for a return to competition, with the sport resuming this weekend (4 July). Following the announcement earlier this month of the £50,000 complimentary provision of Personal Protective Equipment (PPE) to support events through the resumption of the sport, Motorsport UK has been busy working behind the scenes to prepare, pack and distribute supplies to clubs across the British Isles.

That effort was recently bolstered by the support of the community, including British and World Rally Championship competitor Tom Williams and British Rallycross rising-star Patrick O’Donovan who joined Motorsport UK CEO Hugh Chambers in the final packing push.

The PPE supplies will be arriving with clubs imminently, and will include the relevant protection for various events, including face masks (fluid resistant type IIR and FFP3), aprons, nitrile gloves, alcohol wipes, face shields, gowns, coveralls and relevant operational guidance to help protect volunteers at events.

In addition to these items, with the support of Baylis and Harding, Motorsport UK will be providing individual pocket hand sanitiser to all officials working at its events over the coming months. 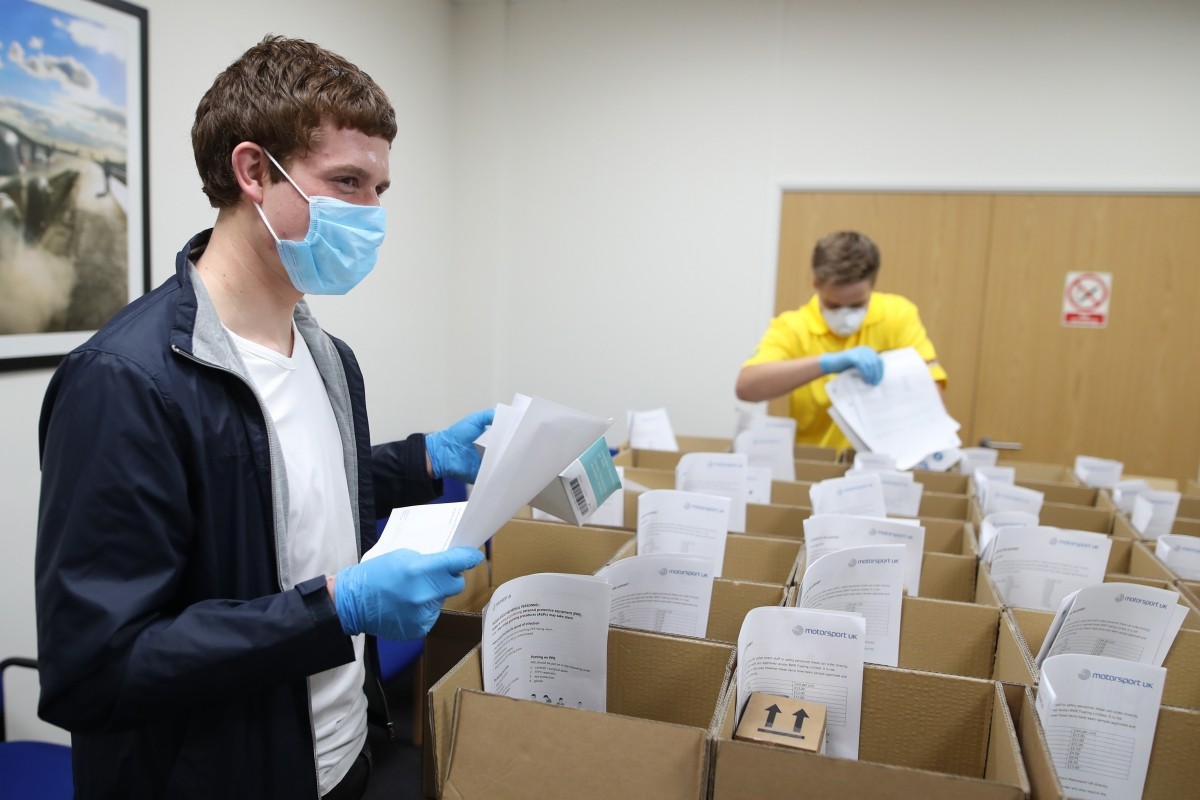 150 parcels are leaving Motorsport UK headquarters in Colnbrook this week, with the packages going far and wide, from the Jersey Kart and Motor Club at the most southern point, across to the Ulster Kart Club in Northern Ireland, right up to the West of Scotland Kart Club in the north.

To date a total of 150 permits have been issued for July, with 20 meetings due to be held on the opening weekend.

Hugh Chambers, Motorsport UK CEO, said, “We have taken a responsible approach to the resumption of motorsport, with the health and safety of our community being paramount. I would also like to thank Tom Williams and Patrick O’Donovan for helping with the packing of PPE, and the team at Motorsport UK for working tirelessly to help put the sport back on track once again.”