Ahead of the resumption of the 2019-2020 Formula E season, which concludes with a nine-day, six-race finale in Berlin starting 5 August he has taken some time to share his views on the future of motorsport. 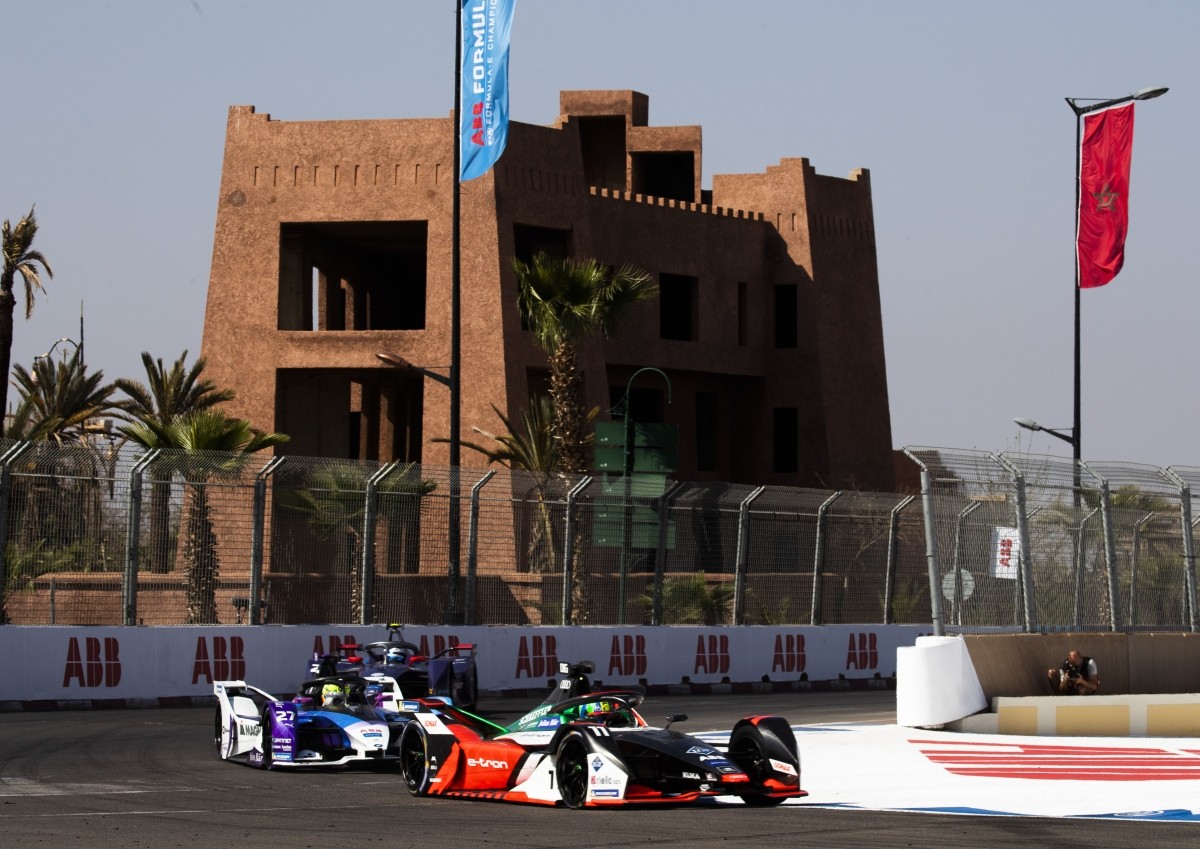 “The tragic situation brought about by the COVID-19 pandemic is an opportunity to change and improve, “ he says. “You can make a motorsport comparison as to how the world responds to the current global crisis. A good racing car is fast, it’s agile, so when you turn the steering wheel, it reacts. It gives you confidence and you can change your line to go through the corners. In the same way, companies need to be much nimbler, much more agile and react more like a good racing car.

“I think the pandemic will accelerate a lot of changes and investments into new technologies, and electrification is an example of that, but it’s certainly not the only one. I think more focus will be put on to renewable energies. When we have to restart economies, and give them a little bit of a kickstart, then clearly you’re going to put money into new, more sustainable ways of working and processes. I think that’s something that is going to be for the greater good in the long term.”

Motorsport can be part of the solution

The ability to adapt is going to be key, not just in the weeks ahead, but in the months and years ahead, he says. “Motorsport has definitely got to be part of that. It’s got to be part of the change and lead some of the processes – whether that’s technology or whether it’s ways of working.

“Within Formula E, we are already taking a ‘Mission Control’ approach, so that we are not all having to travel the globe. We have an increased ability to run some operations from our base at Audi Neuburg in Germany while we’re racing in South Korea, Australia or wherever it may be. And that’s not new, but the current world situation is accelerating the trend and making things more sustainable.

“Last year, when we were racing in Mexico, we had a situation where we had a software requirement. Our colleagues back in Germany investigated it and found a solution. They were able to run it on a simulator with a driver, perfect it, and then send it to the circuit in Mexico within 55 minutes.

“So those technological changes were coming anyway, but the pandemic has accelerated them within motorsport, as it has across the wider world. Audi Sport will certainly have to operate in as agile a manner as possible when we get to Berlin for the resumption and conclusion of the Formula E season – and that’s something we have been preparing for intensively.” 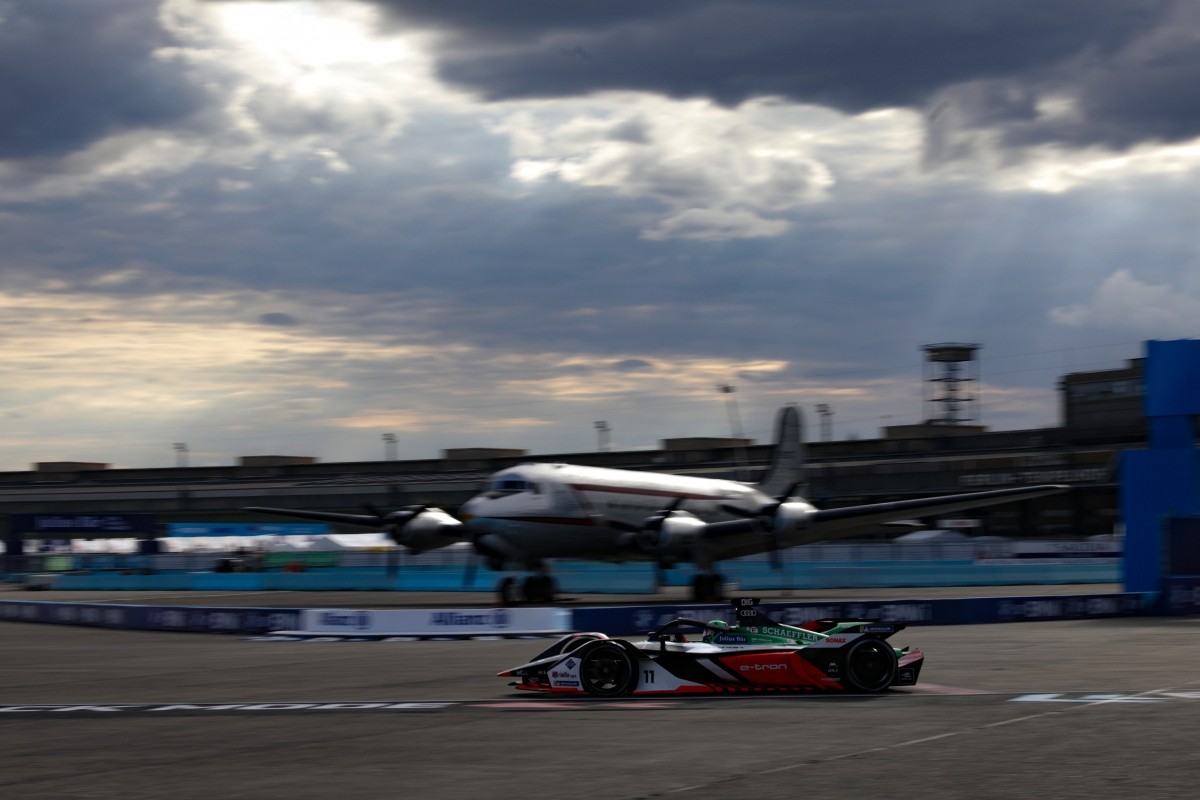 McNish says that competition on the track is still important for developing road-car technology. “When it came to developing FSI, TDI, lights and the many other technologies that Audi trialled in endurance racing, Le Mans ran to very broad regulations. It’s different now within motorsport overall, and it’s also different at Le Mans.

“The reason Audi switched to Formula E was because of what was coming with road car development – the move to electrification – and remember, we had already won our first full electric racing car championship, Formula E, in 2018, before Audi’s first all-electric car, the e-tron SUV, was even launched to the media.

“The Audi e-tron has brake-by-wire on it. It was the first production battery electric vehicle in the world to have that technology, which maximises recuperation efficiency by putting energy back into the battery. Brake-by-wire is something we raced with at Le Mans and it is something we also raced with in Formula E. 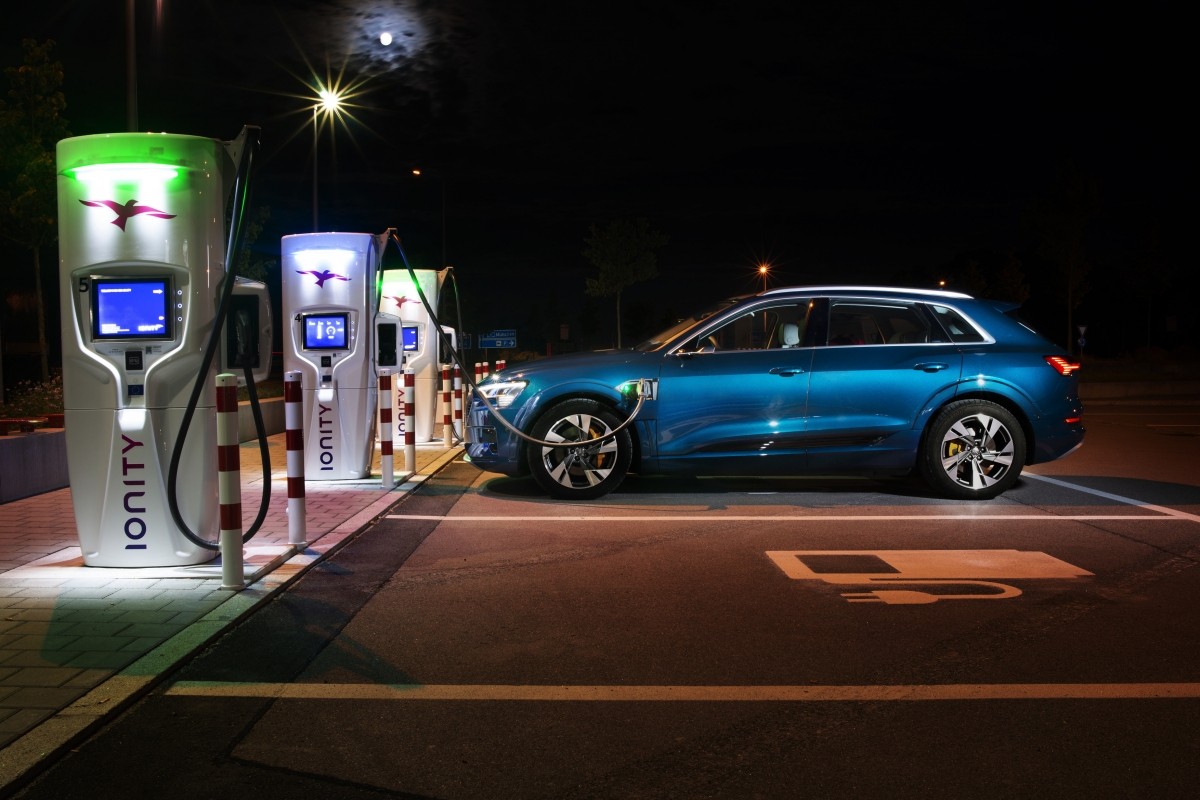 “Motorsport has got to have a clear direction overall, as do the individual branches within it. With Formula E, it’s clear – its DNA is city-centre racing, and it’s about short, fast events – the races are 45 minutes – in battery electric vehicles only. Sportscar racing has a wider format: it’s multi-driver and it’s still based around the big endurance events like the 24 Hours of Daytona, Sebring 12 Hours and Le Mans 24 Hours.

“It needs to be very clear on its DNA and very clear on its vision going forward. That’s one of the things I think Ross Brawn, in his role as managing director, can aim to bring to bear. However, we need more teams fighting for the championship in Formula 1.

“The other areas that are harder to address in F1 are the discrepancy between the front and the back of the grid, and the ability for one team to outspend the others, although that has been reduced a little bit. However, historically, it’s been total dominance by one or two teams for a period of several years.

“Over the last three decades there have not been that many different teams in there fighting for the championship. We need more people in the fight – simple fact. That is something that they do need to address.

“Formula 1 is still strong, it’s not a weakling.

“You’re only as good as your last race – you have to keep reinventing – and, you know, reinventing is something that we’re generally good at within motorsport, but sometimes you need a short, sharp shock to remind you. You need new upstarts coming into the game that weren’t there before. The car industry has got those, too, as well as the motorsport industry.

“Competition in motorsport doesn’t necessarily just come from the competitors; there is competition between the championships as well, because they’re always fighting for entries and manufacturer involvement, and driver involvement too.

“Formula 1 is still strong, it is not a weakling, but I think it does need direction for the future in order to ensure its long-term sustainability.” 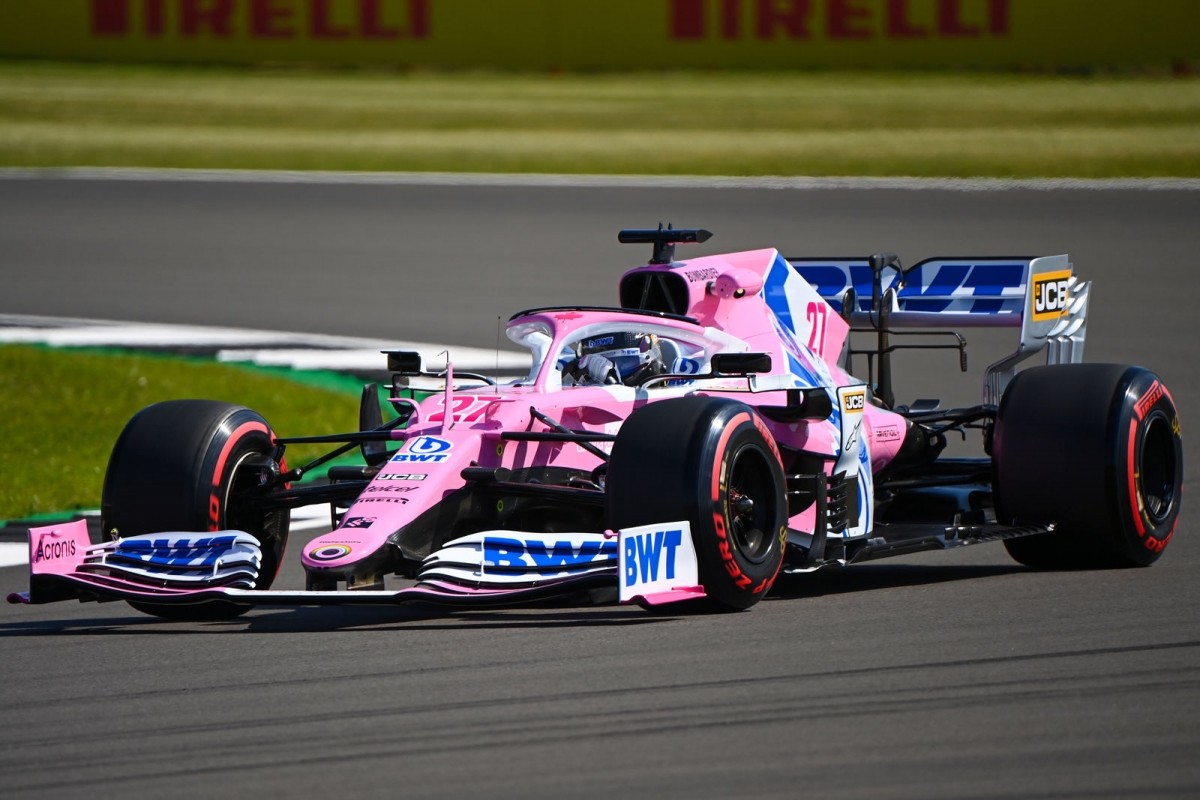 "There have not been that many different teams in there fighting for the championship. We need more people in the fight"

There’s no need for Formula 1 and Formula E to tread on each other’s toes, says McNish. “I don’t think there’s any need for crossover between Formula E and Formula 1, and certainly no need to merge. I think Formula E is very clear in what it is doing, but it has a very different target audience to Formula 1. One of the most beautiful things I saw in a long time was in Zurich, when we had the first Formula E race in Switzerland in 2018, and it was just full of young families coming to watch an event – and that’s something that can happen because it’s in a town and it’s accessible. So I don’t see Formula 1 and Formula E treading on each other’s toes too much.

“Motor racing doesn’t need to appeal to my generation, it has to attract my children’s generation. 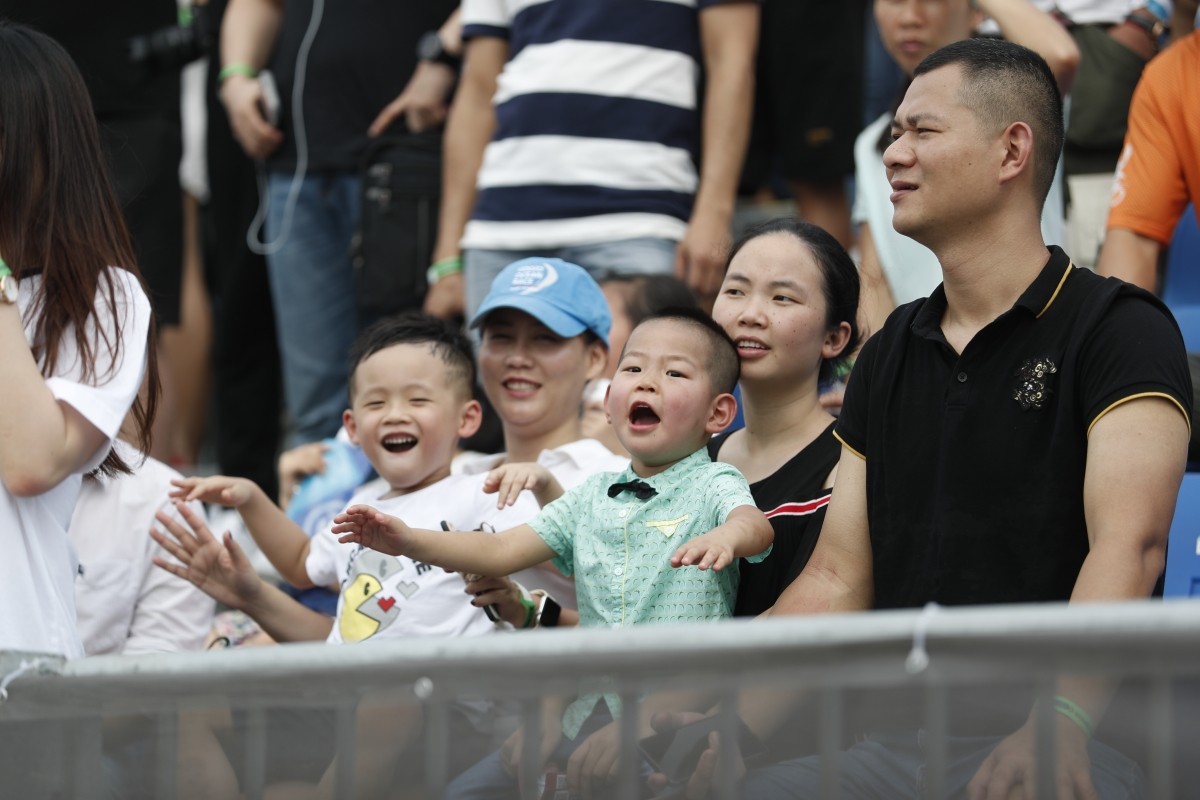 “Decades ago, I remember driving to Silverstone when McLaren were testing. I had my windows down, and about four miles away I could hear the car screaming down the Hangar Straight and through the corners. It made the hairs on my neck stand up. That is the era I grew up in, and I love it. At the same time, when I took my children to a racing circuit, the first thing I did was put ear defenders on them.

“So it’s not about what people my age like. It’s not about the dyed-in-the-wool types looking back through maybe rose-tinted glasses. If I look at my children, they just don’t like that level of noise. They like being able to interact in other ways, to speak to each other, or maybe interact with races on some digital platform as well. They like to follow the race in different ways to people of my generation. We therefore have to ask if are we actually creating something for us, or are we creating something for the future?

“I’m very much for looking at what my children want and what they are doing, as opposed to what I want and what I am doing. I think there’s a place for both, of course, but certainly in terms of what motorsport is creating for the future, we have to look at the next generation not the last generation.”

Artificial intelligence will have its place, but it will never replace humans in racing, says McNish. “Information still needs to be delivered by humans in the field. After that, AI can take over to maximise the consistency, because a human will not be as consistent as AI at being able to replicate and develop things. However, we all still love to see the drivers doing a lot of work in the cars – it’s what makes it interesting and gives it a dynamic. Seeing a driver doing something that you thought would never have been possible is exciting. Humans will still be a very big factor within motorsport. That’s not to say that you will not get autonomous racing at some point, but it will never replace the human element, and the sheer excitement of drivers in the cockpit going wheel to wheel.” 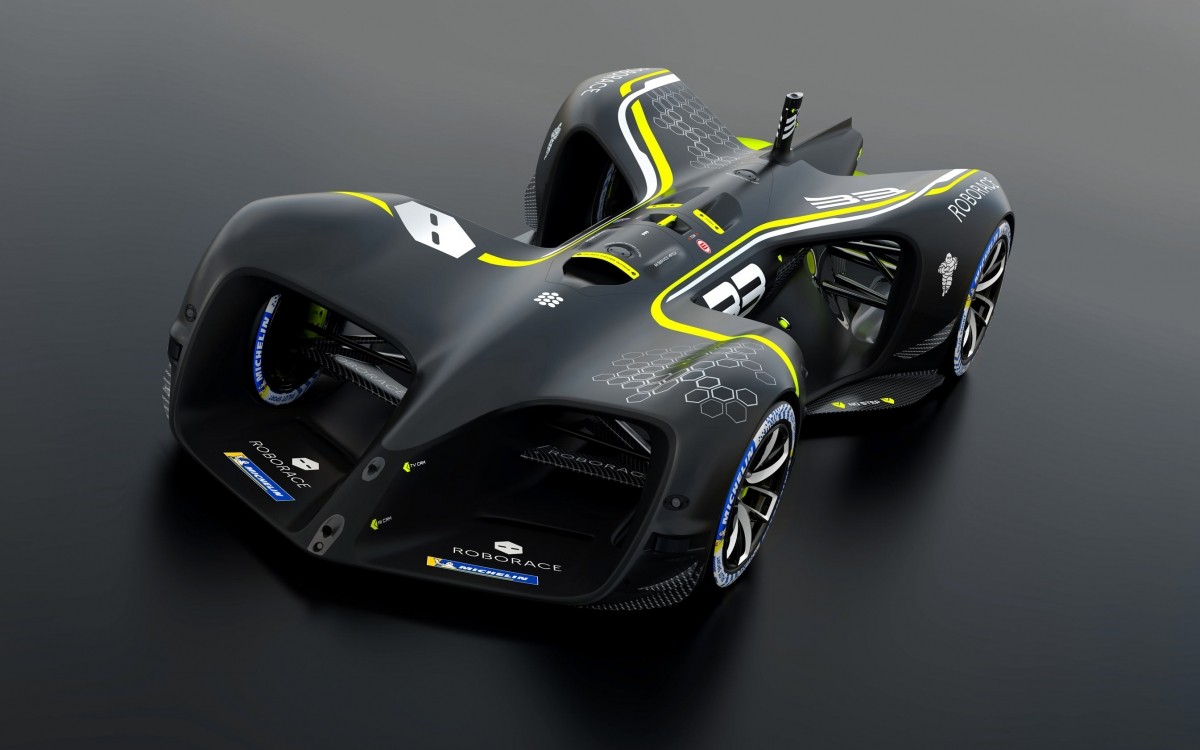 The future? Driverless cars as being developed by Roborace