Breda’s challenge was to develop lighter equipment to lift more weight and include raw materials at high resistance:

The ‘UltraLight’ is the lightest series. Only 32Kg/unit + attachment was a big challenge but it was mandatory for those championships that needs very light equipment to transport it around the world. This air jack can lift now 500Kg.

All the Breda Racing air jacks are supplied with proper attachment developed for the car where they are used, following the CE standards for safety.

Breda Racing can also develop the series in H700m stroke, upon the customer request.

Last year, Breda developed a bespoke air jack series designed specifically for the Formula E Gen 2 car. It has also has developed the ‘Air Jack with attachment at Wheel’, which is being used in GT cars, such as for the Porsche in the SuperCup and Carrera Cup championships, in which the car is lifted with 4 units, positioned at the car wheels.

The latest equipment series’ are the result of the company long experience in motorsport and its commitment to supply the best equipment to its customers. This equipment was the first equipment born in Breda “house” and have been continuously renewed along the 30 years of the company’s activity.

Breda Racing’s equipment is supplied with all necessary accessories to ensure that the equipment can be used immediately and this is a must for the company. But thanks to the long collaboration with renowned and trusty partners in manufacturing soft bags and flight cases those accessories can also be supplied in order it can be stored and transported with care. 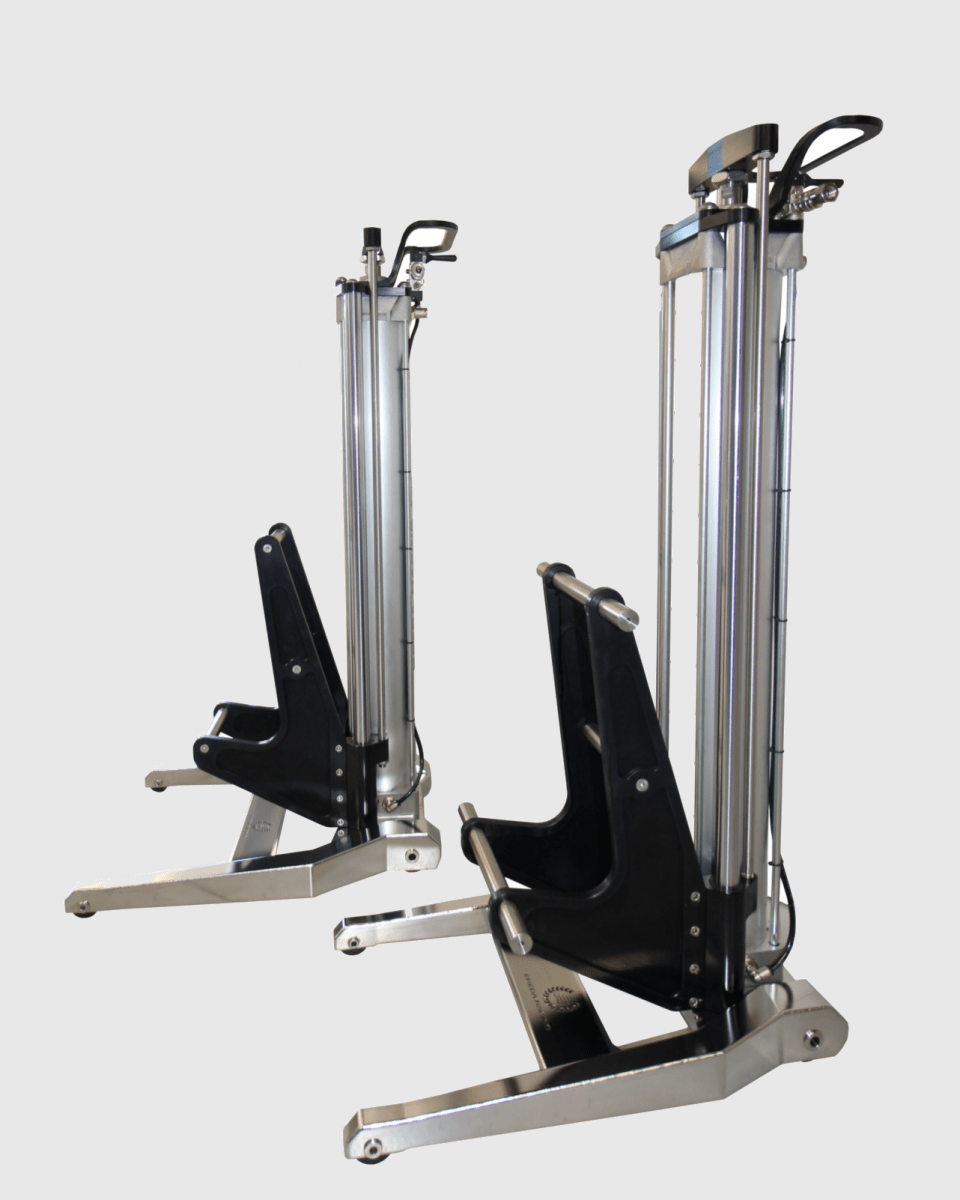