None of the LMP2 runners in August’s 6 Hours of Silverstone had a clean FIA World Endurance Championship race, but the Jota Sport-run Jackie Chan by DC Racing Orecas were the strongest on the day and eventually stood on the top two steps of the LMP2 podium.

All of the Dunlop-shod cars competing were in podium contention at some point in the race, but the #38 Jackie Chan DC car overcame a drive-through penalty and the misfortune of a badly timed safety car to win the race. Mounting a challenge was #38’s sister car, which was vying for the top-spot and closing in during the final stages, resulting in a gap of just a few seconds in the final half-hour of the race. This car had also overcome an issue, having sustained a debris-puncture while in the lead at around the mid-point of the six-hour battle. The Signatech Alpine Matmut car meanwhile took third after a solid race.

The result significantly tightens the LMP2 standings, closing the gap between leaders Signatech Alpine Matmut and the #38 Jackie Chan DC from 14 to four points with the sister #37 Jackie Chan DC car just seven points behind its sibling.

Silverstone’s high left/right bias brought challenges for the teams and gave the option of switching tyres from left to right during stops for best performance. Teams used both options available during the race, which added to the tyre strategy options.

“That was a good battle with the teams doing well to optimise the tyre allowances on the track,” enthused Dunlop Motorsport’s event leader, Paul Bryant. “We had all our cars in podium contention and had another great event working with our partners to optimise our car and tyre combinations. It’s been a good result in terms of tightening the championship battle. It will be interesting to see how the battle progresses with the fly-away races over the autumn.” 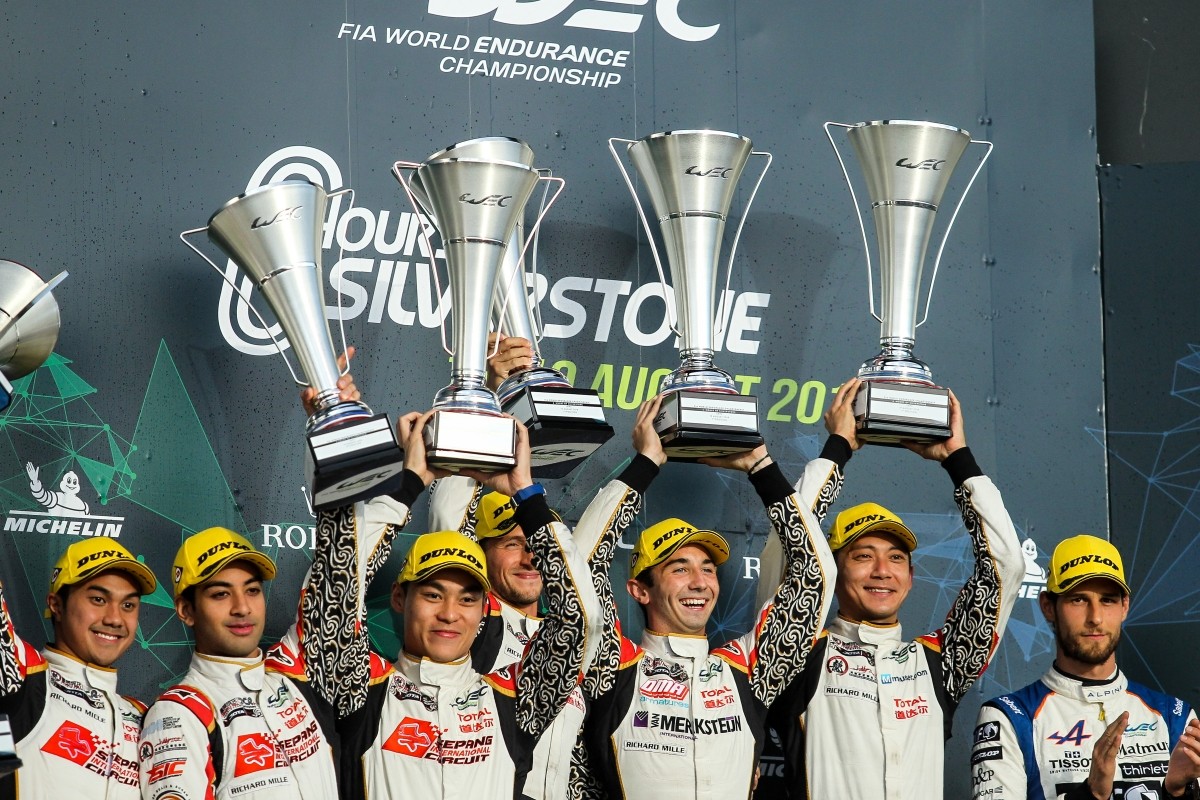