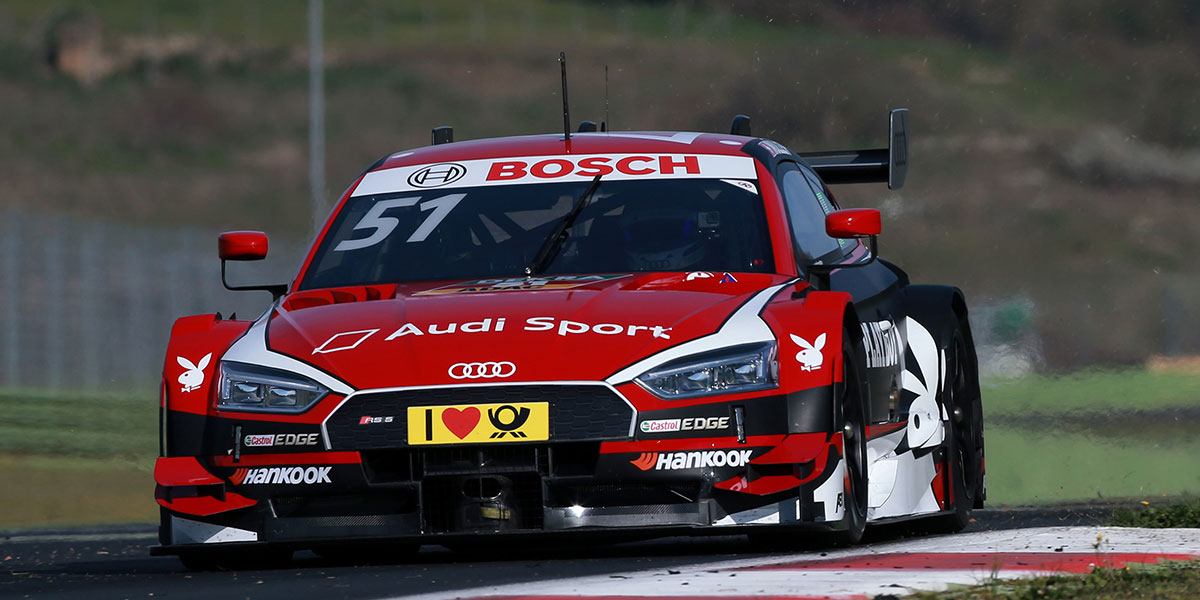 Only a week following its world premiere in Geneva, the new Audi RS 5 DTM did its first public test laps on the Italian race track at Vallelunga.

It premiered the homologated bodywork of the third-generation RS 5 DTM which, compared with the variant shown in Geneva, sports additional, innovative detailed solutions.

“It was important for us to drive the final car in this last pre-season development test and to make optimum use of the few test days available to us in the DTM,” said Head of Audi Motorsport Dieter Gass. “That’s why we’re very happy to have found perfect external conditions at Vallelunga and being able to drive for three days without any issues worth mentioning.”

Mattias Ekström, the most successful Audi DTM campaigner of all time with 22 victories and two championship titles under his belt, drove the car in its maiden outing. The Swede reeled off no less than 760 kilometres in the process. “An impressive number for a new car,” said Ekström. “We tried out a lot of different things: short stints, long runs, qualifying simulations and many different set-up variants. The new DTM cars are definitely more demanding in terms of driving skills. Plus, finding a perfect set-up compromise for the softer tires and the changed aerodynamics is a great challenge. The season is going to be packed with excitement for sure!” 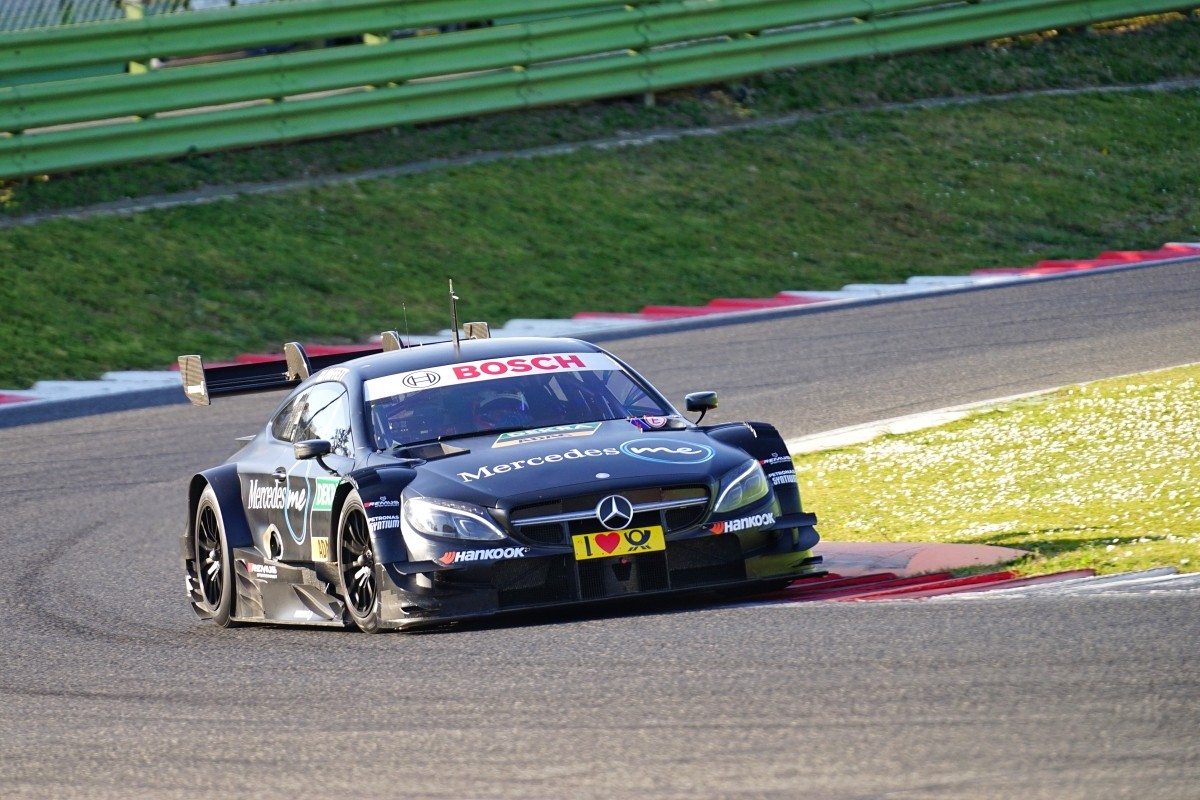 The Mercedes-AMG Motorsport DTM team was also present as it prepared for the new-look season ahead. “The team have some very taxing weeks and months behind them, but their hard work has paid off so far with plenty of kilometres posted and data collected during two successful weeks of testing,” said Ulrich Fritz, Head of Mercedes-AMG Motorsport DTM. “Still, our work is far from over. We must now evaluate all the info, especially with regard to the new generation of tyres, and draw the right conclusions before final testing in Hockenheim.” 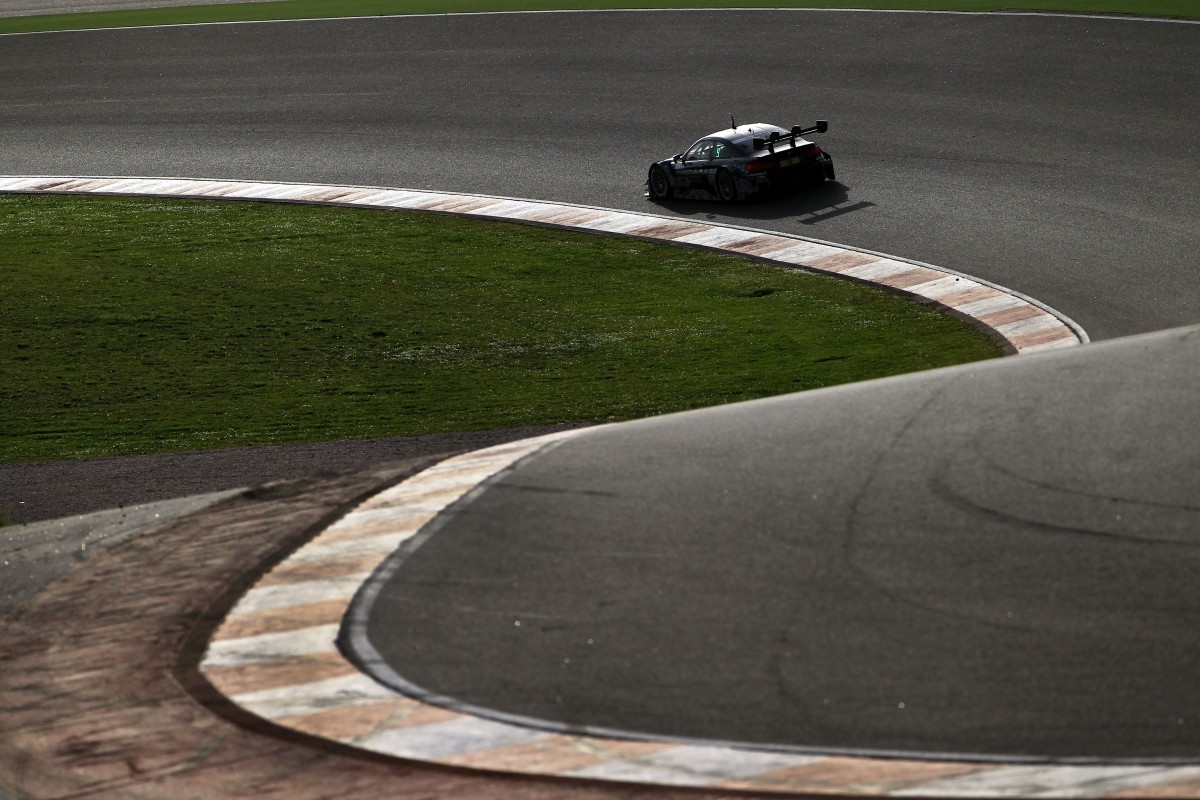 The DTM series has a new look to it this year with revised technical regulations that see an increase in horsepower while the aerodynamics has been restricted. This means that driving this year’s cars is a bigger challenge and the drivers have to work even harder.

In 2017, the 4-litre V8 engines of Audi, BMW and Mercedes-AMG will produce – for the first time – more than 500 bhp. The increased horsepower output mainly was achieved by bigger intake-system air restrictors. The engines are equipped with one air restrictor per cylinder bench and their diameter has been increased from 28 to 29 millimetres. Furthermore, the new regulations allow for enhancement in special intake-system areas special areas to optimise the engine’s performance even more. Nonetheless, maximum longevity still represents a top priority of the DTM engines’ design. Blown engines are extremely rare in DTM and usually, the engines survive the entire season. During the course of the season, cost-intensive engine revisions aren’t allowed in DTM as the sealed engines only may be subjected to services in this period of time, according to the regulations. 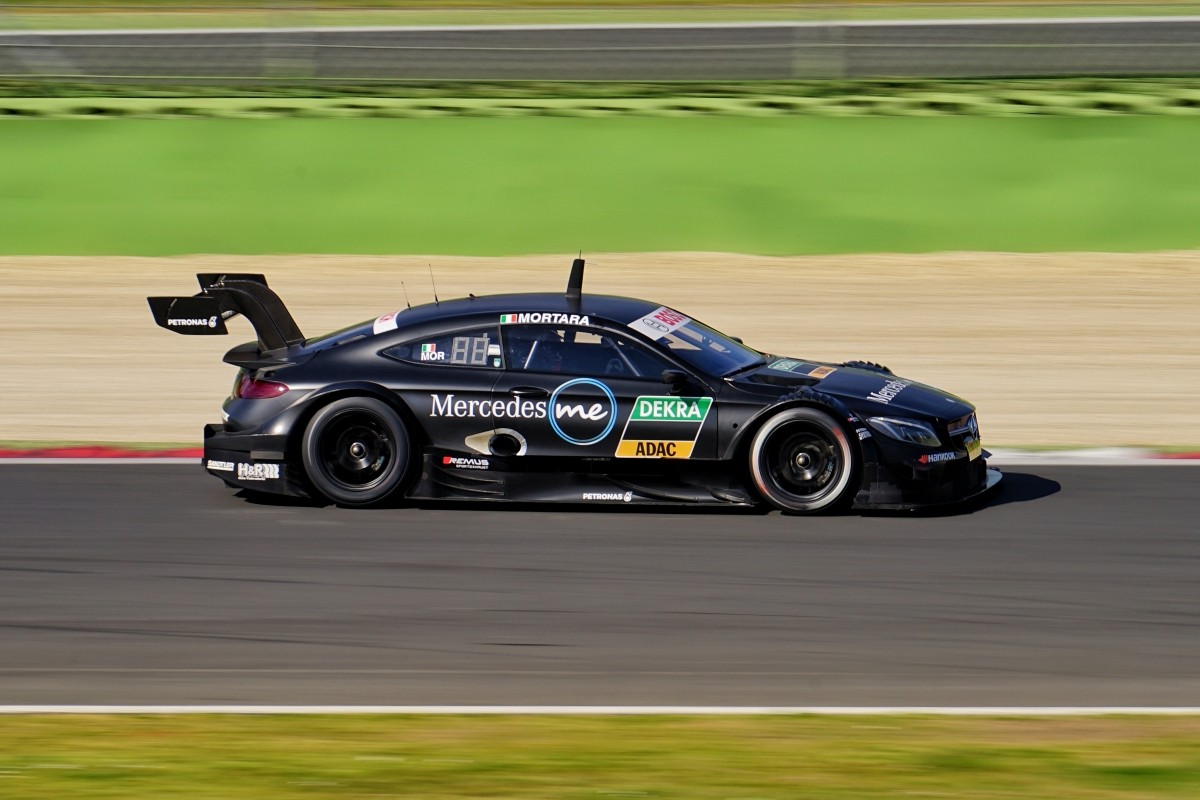 The guidelines of the new regulations comprise a reduction of the aerodynamics. To achieve this goal, the geometry of the front splitter, underbody and rear diffuser was changed and the ride height was increased.

Meanwhile, the rear wing and the DRS (Drag Reduction System) make for a major and visible difference. The DRS allows the driver to reduce his vehicle’s drag for a short time, thus increasing its top speed. In the past this made for many battles and overtaking manoeuvres. Other than last year’s rear wing that could be hinged down completely, only the so-called Guerney Flap, the upper of two fins of the rear wing, is flapped down what even increases the DRS efficiency.

Combined with the new Hankook tyres that provide more grip for a short period of time but force the drivers to cope with a higher performance decrease over the distance, these changes make for a handling of the new DTM cars that is clearly more demanding for the drivers than it was in the past.

The body design of this year’s DTM touring cars of Audi, BMW and Mercedes-AMG complies with the latest generation of their production brethren. To restrict the cost-intensive high-tech developments, the new regulations feature clearly more areas for jointly developed control components. The development of these components is controlled by the umbrella organisation ITR in close cooperation with the manufacturers’ engineers. For 2017, the range of control parts was extended – inter alia – by components for the suspension area.

Furthermore, the DTM control wheel also will make its debut. From this year, all the 18 cars will race on ATS wheels while every manufacturer could opt for the wheel it preferred, in the past.

After the first tests for the 2017 season, the drivers proved to be really happy with their new cars. “The changes made on the car are clearly noticeable – particularly the combination of less aero, more power and the new tyres,” said Mattias Ekström, the senior driver on the DTM grid, representative of all the DTM drivers. “As I see it we are heading in the right direction and I think we are going to have a lot of fun, this year.”