The FIA, the Automobile Club de l’Ouest (ACO) and the GTE manufacturers entered in the FIA World Endurance Championship have now agreed upon a plan for the governance of Balance of Performance (BOP) that will be introduced from the opening round at Silverstone. Adjustments to the balance of performance for cars entered in the LMGTE Pro category during the season will now be made automatically after certain rounds, according to evaluation criteria defined and agreed by all parties before the start of the season.

The basis for having BOP

As the cars are based on production models, they are fundamentally different from each other and the performance of each is adjusted to allow each car model to be competitive. The BOP is not meant to eliminate the groundwork done by technicians in order to make roadgoing GTs real racing cars. The conversions authorised during the homologation process for these cars are the ones that contribute most to their performance (a performance window is defined and it is up to the manufacturer to develop its car to allow it to be within that window). However, some fine adjustments are necessary in order to guarantee the competitiveness of all, and this is the BOP.

Between the 2016 and 2017 seasons, a working group consisting of technical experts from the ACO, FIA, Aston Martin, Ferrari, Ford, Porsche, Corvette and BMW (invited because of its planned entry in the 2018 FIA WEC) have agreed a new process for managing BOP. Coordinated by the FIA and the ACO, this specific working group has met eight times from October to March, each party having contributed to the creation of the project by providing calculations, simulations, data and principles. 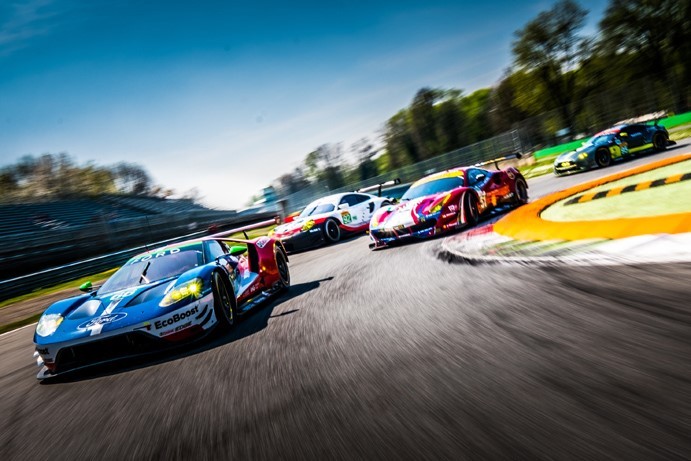 Adjustments to the balance of performance for cars entered in the LMGTE Pro category during the season will now be made automatically after certain rounds, according to evaluation criteria defined and agreed by all parties before the start of the season. A calculation tool has been created which will allow the targets for balancing the different car models to be met, without human interpretation or decision-making, and using mathematical formulas based on the quantified, public, specific, measured data obtained during each race.

➢ A car has not covered enough distance

➢ A car has been excessively slow

➢ There were abnormal weather conditions

➢ Taking into account the performance of cars racing in the final rounds of the 2016 season       ➢ Taking into account the technical data provided by each manufacturer at the time of homologation (data sheet), the measurements taken at the tests carried out at the Ladoux track (dynamic measurements), on the engine dynamometer, as well as those obtained in the Windshear wind tunnel, especially for the new Porsche.

• The BOP procedure of the LMGTE Am category for 2017 remains exactly the same as in 2016.