New system for driving simulators can alter the electric powertrain’s characteristics while the car is on the move and is already being used by AOTECH’s Formula E customers at its simulator facility, near Paris

Cruden has developed a fully functional Season 3 Formula E steering wheel for use on its driving simulators. Teams in the FIA Formula E Championship for electric-powered racing cars can accelerate data gathering and improve their race strategies with the steering wheel, which has switches and buttons capable of altering the electric powertrain’s characteristics while the car is on the move.

The first customer of the fully functional steering wheel is AOTECH, a technical supplier to Formula E teams. The system has been retrofitted to AOTECH’s simulator, located near Paris, which can be hired by teams for driver training or race car development in any motorsport formula. The new steering wheel technology is available to anyone using Cruden’s Panthera ePhyse open architecture simulator software, which will communicate effortlessly with any vehicle model. 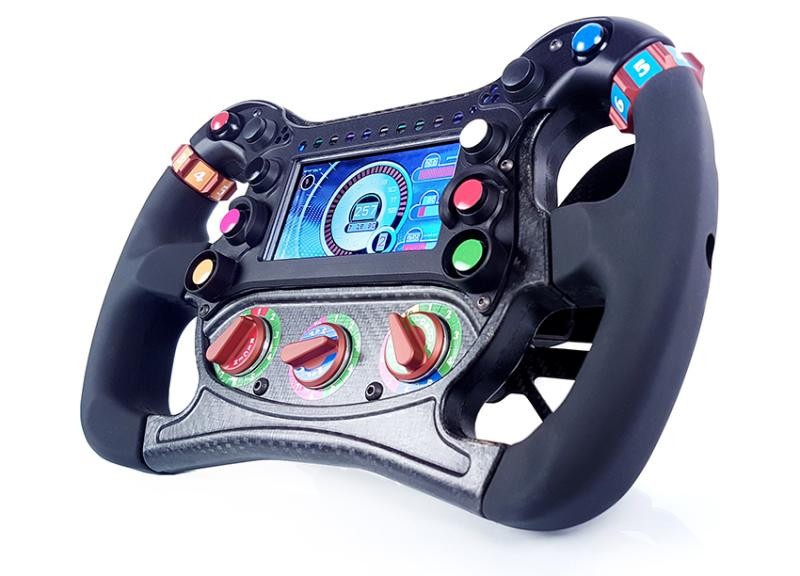 “Attaching a fully functional steering wheel to a simulator can help drivers learn these control processes, but the simulator’s greatest value is in enabling engineers to test various settings and strategies to extract the maximum performance from their car’s limited energy reserves by trying out different race scenarios. These scenarios are made all the more realistic because they are driver-in-the-loop simulations,” says Cruden CEO, Maarten van Donselaar.

In keeping with Formula E’s experimental spirit, teams and drivers are encouraged to develop individual ways of managing energy consumption by having the freedom to develop the vehicle’s powertrain, including the possibility to customise the CAN communications protocol between the powertrain’s electronic control unit (ECU) and the steering wheel. This means each team can determine what information is sent to the dashboard display and what functions are assigned to the steering wheel’s rotary controls, paddles and buttons. Although drivers are permitted to talk with their teams by radio during a race, team-to-car telemetry is banned, meaning that all on-the-go changes to car set-up must be made via the steering wheel.

“The way that dashboard information is interpreted and reacted to can make a small but critical difference during a Formula E race,” says van Donselaar. “Now that Cruden offers a fully functional steering wheel display and controls, teams can use their simulators with a driver as part of the tool chain to experiment with differing energy management strategies. Far more than just driver training, this is giving teams the kind of information that can give their car a genuinely competitive edge.”