Two new Continental tyre types, specially developed for the off-road racing series Extreme E, made their global debut at Goodwood Festival of Speed on the Extreme E-SUV ODYSSEY 21 . Designed for the world’s toughest driving conditions, the new tyres with summer and winter tyre technology were presented to the public along with the unique electric sports utility vehicle on which they are to tackle some of the most extreme locations across the globe. Attendees, at this highlight on the motorsport calendar, were given an exclusive live glimpse of the electric SUV which will be the driving force behind the new competitive racing series from 2021. The five-race global series – operated in associated with Formula E – hopes to highlight the impact of climate change and human interference in some of the world’s most fragile ecosystems whilst promoting the adoption of electric technology for the good of the planet. 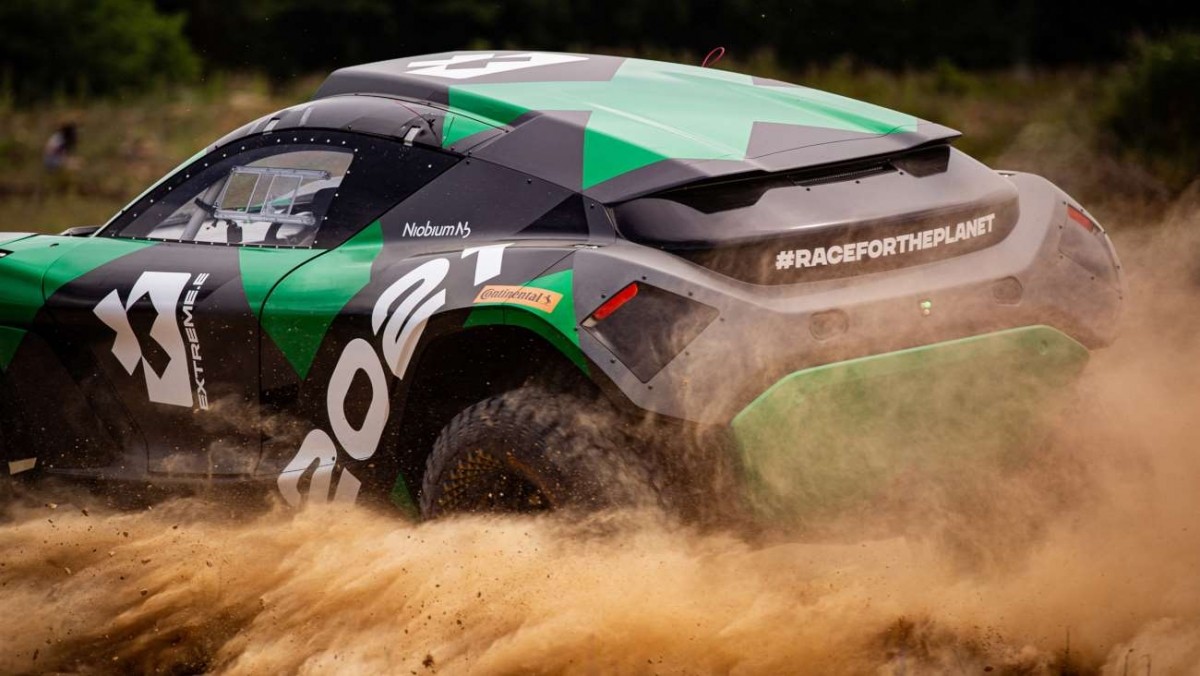 Built from a common package of standardised parts, manufactured by Spark Racing Technology with a battery produced by Williams Advanced Engineering, the Extreme E off-roader encompasses a niobium-reinforced steel alloy tubular frame, as well as crash structure and roll cage, whilst tyres – for both extreme winter and summer requirements – will be supplied by founding partner Continental Tyres.

From that starting point, teams will be able to test and develop their own powertrain and select areas of bodywork, such as engine cover, front and rear bumpers, side skirt, and lights in a bid to replicate everyday car models. 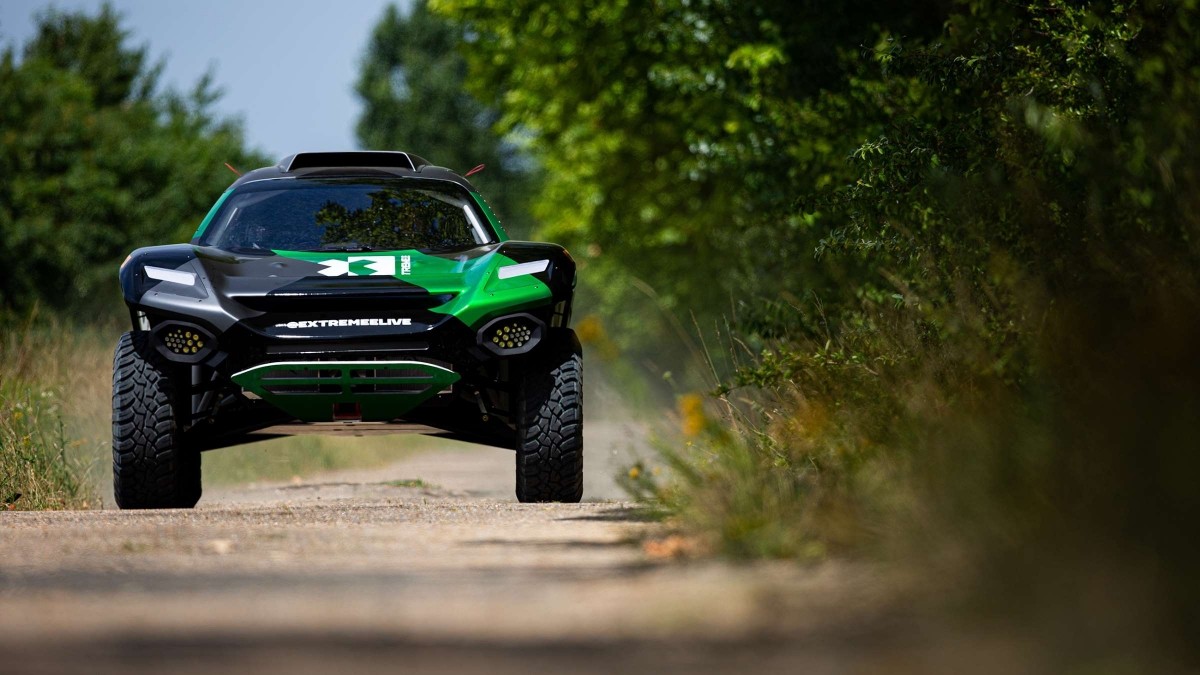 “The Extreme E-SUV ODYSSEY 21 is unlike anything else in motorsport. The cutting-edge technology, and the tyre design that Continental has developed has resulted in a stunning car capable of the highest performance in the toughest and most varied environments on the planet. Whether it’s in the Arctic, Himalayas, Amazon, Sahara or on Indian Ocean Islands, this car will showcase the ability of E-SUVs, not only to motorsports enthusiasts, but also to consumers who are looking to make their own difference to the planet by choosing an electric SUV,” said Alejandro Agag, Founder and CEO of Formula E at the car’s unveiling.

“With our high-performance tyres for the Extreme E series we are providing the drivers with very high grip for acceleration, braking and precision handling on what will be very demanding tracks and trails,” says Tansu Isik, Head of Marketing EMEA at Continental. “The tyres will be perfectly adapted to the electric SUVs in this series, so as to ensure the best possible vehicle control and safety, even at the ragged edge.”

Prototype testing of the electric SUV has now begun in earnest, with substantial tyre technology contributions from Founding Partner Continental. Each Extreme E team will receive two sets of summer and winter tyres, optimised for every conceivable facet of performance and safety required by their electric SUVs. 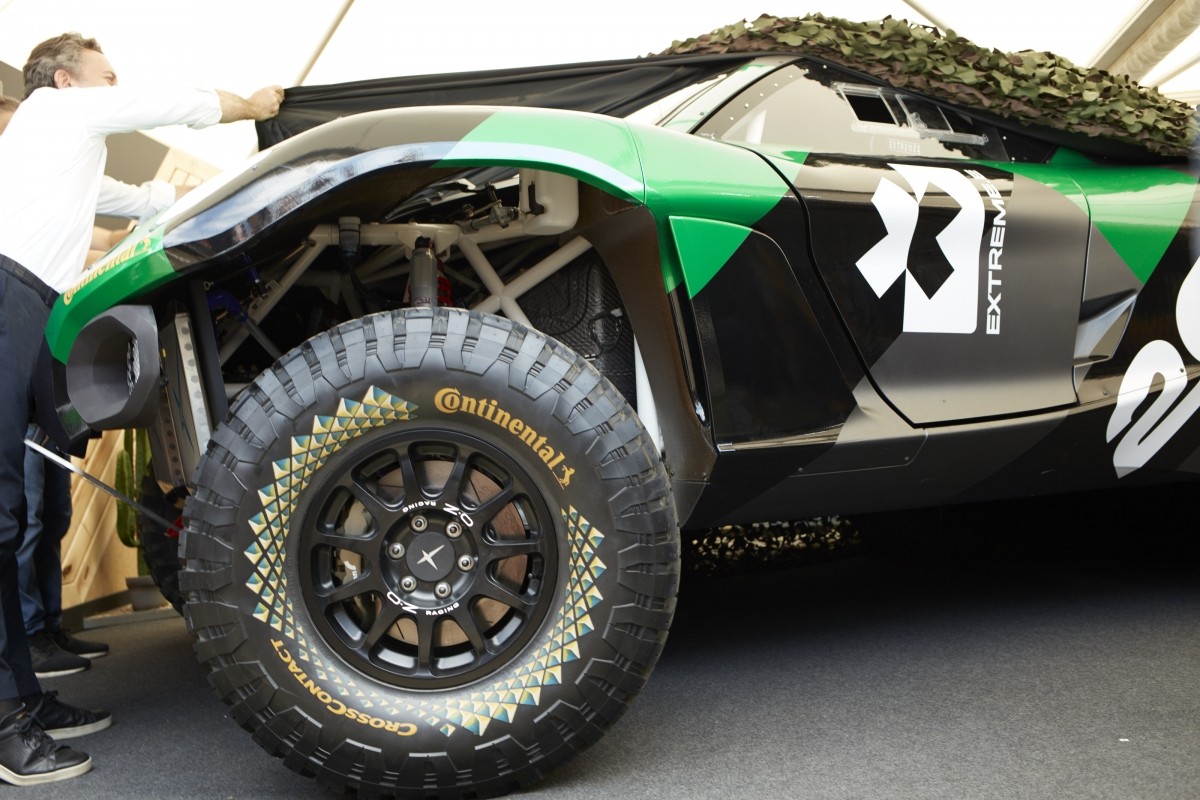