Rodi Basso: The impact of Covid-19 after 10 years

This article is a imaginary letter written in 2030 with the attempt of understanding where we are and where we are heading to.

Since this new virus decided to infect hundred of thousands of people in the 2020, the world hit a big pause button. Today in 2030, the clear impression is that our life can be split in before and after the Covid-19.

The world was in safety car mode in 2020

In racing, a Safety car is a race mode where all competitors needs to slow down and drive behind the safety car with no over-taking allowed. The classification is frozen to the lap before the safety car enters the track. In this condition, the drivers need to stay focused and prepare themselves and the car for the re-start.

Where were we before the safety car? What has changed in us human beings and for us?

Before the existence of the virus, the world was moved by a few but firm certainties:

a. Save the planet through the electrification

d. Europe had to move forward despite the UK confirmed the Brexit strategy

e. The healthcare system was more and more directed towards a private model

For the point a, the politicians, the science and the boards of the biggest companies were completely stuck. Electrification seemed to be the answer but the timing, the investments and the open points on the switch costs were freezing the decisions. Some new players showed some disruptive and interesting new applications (Tesla, Lilium as in the picture below, the Formula E). The scientists (the few real ones at that time) were not convinced. The LCA (life cycle assessment) was still a strong interrogative point raised at the end of all sort of debates. Electrification seemed to be not the solution but a necessary pain given the environment conditions. 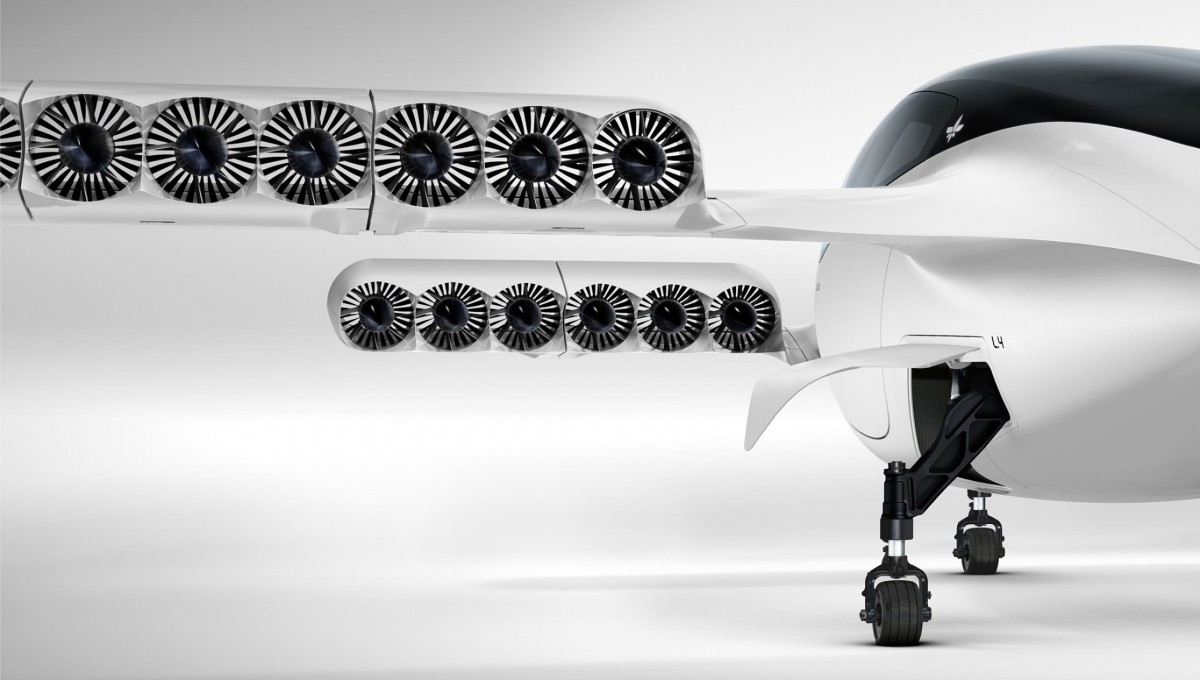 The point b was to leverage the big investments into the 5G technology and cover an estimated future growing demand for data services and experience.

On the point c, new technologies in data management, distribution and data science were fostering the development of an infinite number of applications such as direct marketing, autonomous vehicle, industry 4.0 (or IoT), digital therapeutics and so forth. As per the previous tech trend there was a clear feeling of a technology potential which was bigger than the actual demand and needs. The people felt threatened by the potential job loss due to the presence of autonomous entities capable to replace 80% of them.

Nations were governing very selfishly despite the attempt over a few decades to unify Europe. Germany and France were keen to confirm their power. USA, China and Russia played a virtual financial war. The EU was only a vision which was going to collapse given the protest coming from UK and the evidence on the disparities shown during the corona crisis.

Overall, this era was characterised by big movements or maybe hyper activity generating a turmoil of strategies quite often resulting in turbulence more than solutions. There was more a push sale attitude than a clear strategy based on actual need to evolve or progress.

Today in the 2030 the memory of the corona virus is still a very profound scar, but the calamity which stroke the world has taught us a few lesson. 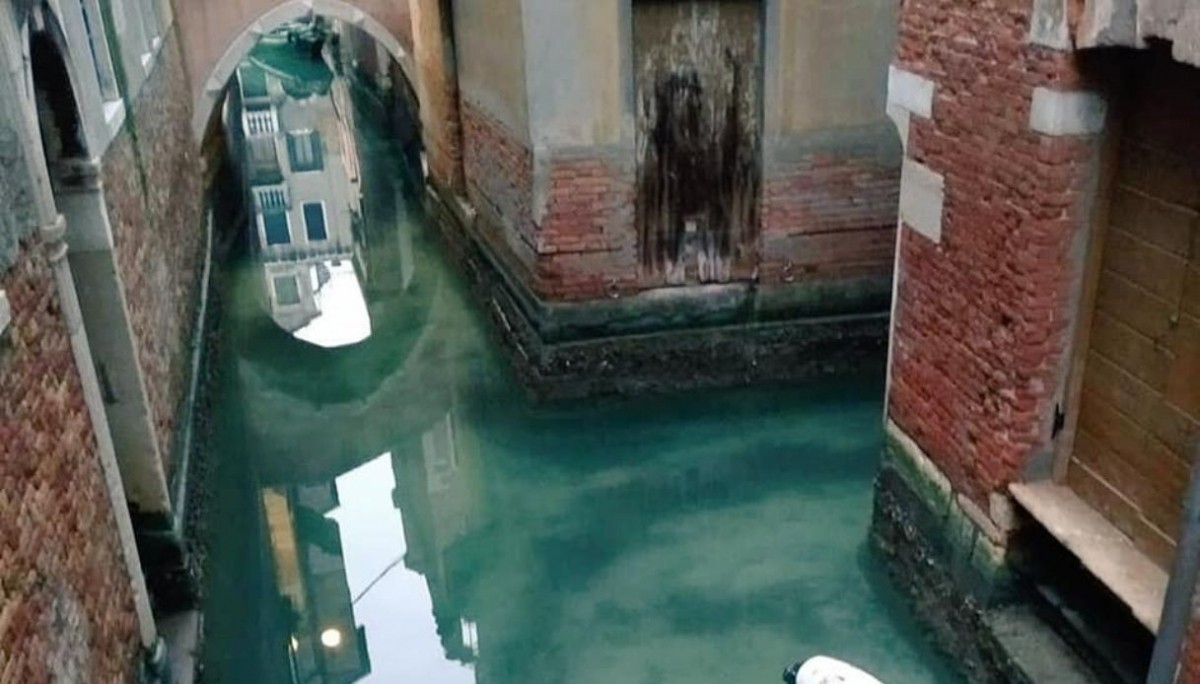 When the world got paused in 2020, the pollution levels went to an historical minimum since hundreds of years. It took less of a month of inactivity to reach this result. This discovery together with the financial support needed to recover the corona crisis postponed the electrification process. The picture above shows the water of Venice during the 2020 crisis. Today the boat traffic is heavily regulated there and boats are not allowed for twice a week. Today only LCA-proved technologies are homologated if a zero impact to the environment is scientifically demonstrated. A blossom of hybrid technologies with range extenders running with 1 litre of oil are installed in 90% of the car, jets and marine engines and allow several km of autonomy.

The healthcare system is now designed in a modular way in order to be scalable in case of new emergencies. The government today spends most of their budget to guarantee an equal medical treatment and quality to all the citizens and in any conditions. The business model of the insurance companies has failed and today this Industry is completely zeroed. Also the introduction of the autonomous cars and jets gave the last hit to this ludicrous sector of the past. Besides, the autonomous Industry generated a plethora of new works from home (services) which allowed more families to sustain themselves whilst privileging a high level of work/life balance.

The new Europe, which welcomes back the UK, is now unifying the strategies on investments for science and research. From the education to the applied research, zero tolerance is applied to a light technical preparation and poor tools for the scientists which in 2020 combined to an heavy and narcissistic media presence caused irreparable damages especially in the UK. Scientists can’t speak to the media anymore (the TV is no longer used and we all have personalised mobile realtime streaming on wearable/deployable devices). Scientists only work on the future progress of the humanity and they have much more saying in the decision making of the society.

Europe, China, Russian, Africa and USA are now joining forces in a fund to maximise globally the technology capabilities and common benefit.

The advancement in connectivity (8G) and data management together with the experience from the Covid-19 crisis, let us review the privacy rules. By introducing more transparency and limiting the accessible information, this aspect uncapped infinite applications for crisis managements, healthcare and crime investigations. The outcome is that the number of lives saved by those technologies and applications more than tripled the amount of deaths generated from that virus in 2020.

The people learnt the difference between social distance and physical distance so we now don’t high five anymore to reduce the impact of potential new diseases but people are now valuing more and more the importance of social relationship and responsibility. This provoked the bankruptcy of ego led social channels like Facebook and Instagram which are not needed in today’s society.

New brain sensors allows the detection of human hyper activity or dis-alignment with the organisations’ mission. Waters are now calmer, like in Venice during the Corona crisis.

The world of sport is benefitting from the new formats based on a hybrid virtual and real experience. A data rich activity like the motorsport is at the peak of its reach and it is now counting 1 billion viewers per race. The new strategy is based on three main drivers:

The human kind has driven a long way in the last 10 years. Certainly, the price to pay has been far to high. On the flip side, the real lesson has been to have reminded ourselves

the luck and beauty to be a human and technological species

At that point, we could have called the safety car in…