Reducing mass has a compounding effect on the engineering of the vehicle as it offers improvements in acceleration, braking, aerodynamics, and chassis responsiveness

The Brabham Automotive board set its designers and engineers an audacious goal: unrestricted by track or road regulations, create the world most track-focused hypercar.

There was a directive to balance form and function. The next chapter of the iconic Brabham marque had to make a statement and stay true to its DNA – a performance-oriented car that optimised the perfect blend of power, aerodynamics and chassis dynamics.

There was just one non-negotiable: a sub-1,000 kg weight.

The result was the Brabham BT62, the ultimate track car weighing 972 kg, shortly to be transformed into the ultimate road legal, track car, the BT62R.

Brabham engineers such as Ron Tauranac, Gordon Murray, Sergio Rinland, to name but a few, have consistently challenged the perceived norms of design and engineering to optimise performance. Focusing on a lightweight, reliable engine while others went for outright power; introducing carbon/carbon brakes; and pushing the limits of aerodynamics with the infamous fan car. Brabham has always been infused with innovators. It is this legacy that has become part of the DNA of Brabham’s engineers today.

Reducing mass is one thing, optimising mass distribution is another, the benefits of which were first seen in earnest when Sir Jack Brabham, in 1959, became the first driver to win the F1 World Championship in a mid-engined car, a feat he repeated again the following year. 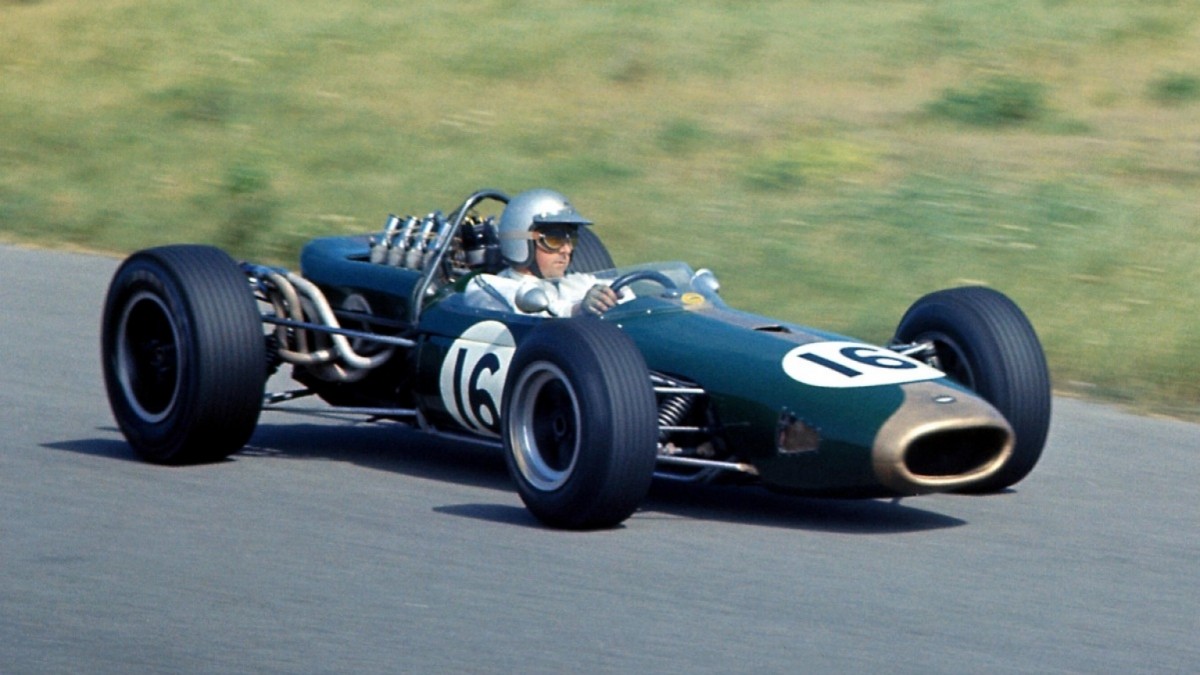 The BT62 encompasses all of the elements that made Sir Jack Brabham and the Brabham F1 team a powerhouse of Formula One for over three decades.

Reducing mass has a compounding effect on the engineering of the vehicle as it offers improvements in acceleration, braking, aerodynamics, and chassis responsiveness. Managing static mass is a simple task; managing dynamic mass at 300 km/h, pulling 3.5G is a slightly more challenging endeavour. With the benefits of a lightweight structure impossible to argue against, the Brabham engineers had to design every component so that it could be engineered to its specific material properties and manufacturing process. That is the value of engineering focus, discipline and determination. The characteristics needed when chasing every gram of weight.

Their collective design philosophy was to maintain low vehicle mass allowing the vehicle to achieve the maximum efficiency from its aerodynamic design. Anything that weighed more than 13g was pressure tested against the following scorecard:

The Brabham BT62’s intent as the ultimate high-performance track car saw it adopt a number of strategies to minimise its mass, and to manage the mass it has, as efficiently as possible.

The most obvious weight saving measure is the use of lightweight materials in its design and construction. The Brabham designers adopted the first principle of design function – use the right material in the right application to maximise its function. This is counter to the philosophy to use a material, which is perhaps in vogue, but in an application which then requires additional reinforcement thus increasing mass.

The BT62 uses a blend of components made from carbon fibre, carbon-kevlar (used for wheel housings) and chromoly steel, all used in their primary application. The chromoly steel, known for its high strength to weight ratio, ensures the chassis is lightweight, FIA compliant, whilst achieving unparalleled torsional rigidity. The wall thickness is 50% thinner than traditional alternatives which reduces overall weight – and there is no need for a carbon tub, which would have added an extra 65kg to the BT62.

Throughout the design, engineering and manufacturing process, the engineers continually re-engineered and refined, to reduce mass and optimise performance. The carbon/carbon brakes reduced mass in each corner by 5 kg, increasing the braking performance of the car, which, when combined with the overall weight of the car, enables quicker deceleration and reduces stopping distances by up to 150 meters. By re-engineering the rotating assembly of the engine, the engineers removed a further 15 kg from its starting weight, which also resulted in faster engine speed changes; the evolution of the BT62 was one of constantly reducing mass and incrementally improving performance.

The BT62’s naturally aspirated 5.4 litre V8 provides 700 bhp, giving a power to weight ratio of 710 bhp/tonne. The BT62 has a static weight balance of 42-58, front to rear. This gives more weight over the driving wheels during take-off and acceleration. Crucially, the BT62’s aerodynamics and incredibly powerful carbon-carbon brakes shift the car to a 50-50 dynamic weight balance under braking and in cornering, providing perfect balance when you need it most. 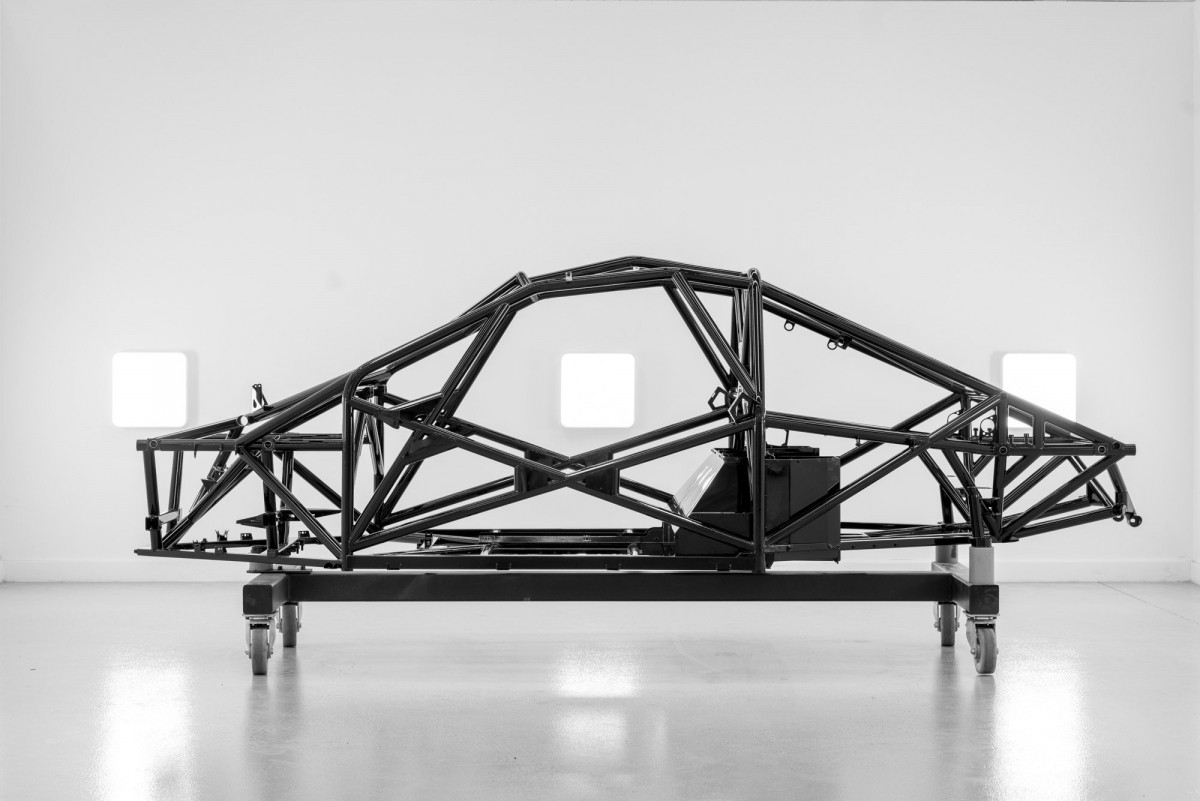 The BT62’s 1600 kg of downforce is going to be effective on nearly any car but there’s no doubting the massive advantage you get in a 972 kg car versus a 1500 kg comparative vehicle. The aero works to such a level that it becomes an enabling factor to the chassis dynamics for high-speed cornering, generating unrivalled mechanical grip which is complemented by a carbon on carbon brake system which is uniquely combined with ABS and traction control. This performance-oriented package provides the stability and predictability that gives the driver the assurance and confidence to achieve what the BT62 can offer.

The track-only Brabham BT62 will soon be available as a road-compliant version, the BT62R, benefitting from the same lightweight design and construction methods as its track-oriented sibling. Borne from winners, Brabham Automotive exists to design the most dynamic cars in the world for champions of tomorrow – the BT62 is the first of many such cars. 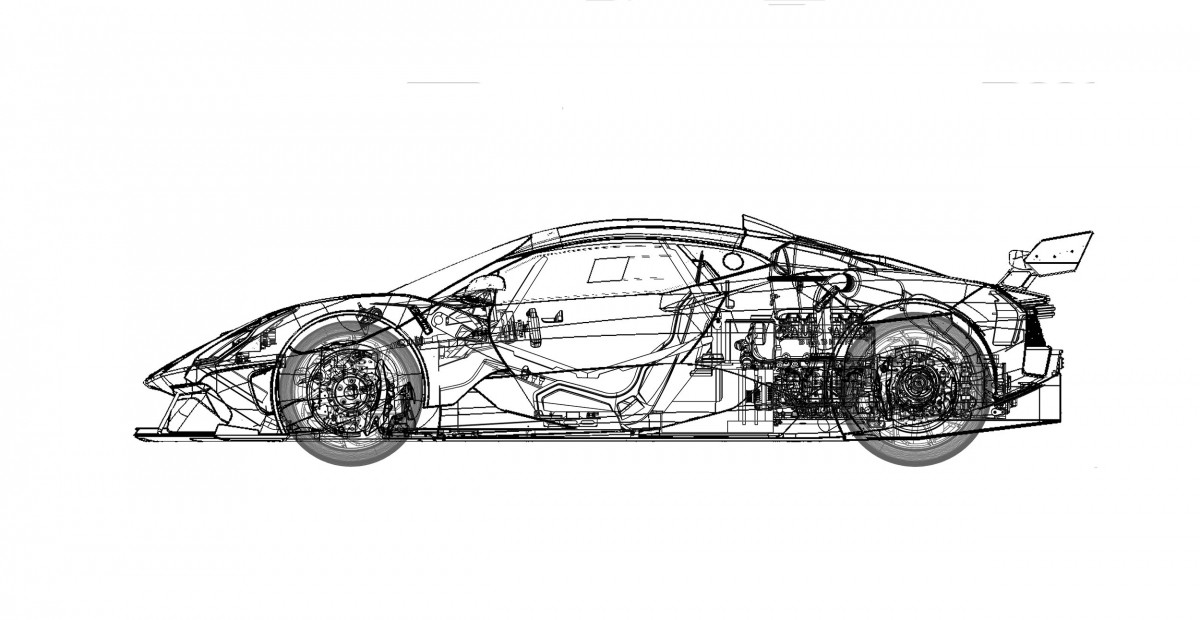