When the ACO and the FIA published regulations to establish a new top class of endurance racing, Scuderia Cameron Glickenhaus (SCG) saw an opportunity where it could build a beautiful sportscar to race in the top class of the WEC and at Le Mans. Toyota and ByKolles had already signed up to the new championship and while Aston Martin had initially entered, it withdrew in mid-February and has since been taken over by a consortium led by Lawrence Stroll who is committed to entering the brand into Formula 1 as a works team.

Starting with a blank sheet of paper and a design team lead by Michael Young and Jim Glickenhaus who created the design, Italian engineering company Podium Advanced Technologies, the technical driving force behind the Glickenhaus SCG003C project, has been entrusted with the task of designing the new car.

The engineering process is well underway, with preliminary wind tunnel analysis complete and an extensive wind tunnel testing campaign starting this month. The plan is to complete the engineering this month, assemble the subsystems in July, build the car in August and by this September the Glickenhaus 007 will hit the track for her first shakedown.

Meanwhile, in separate news, Porsche announced that it will cease its factory involvement with the 911 RSR in the IMSA GTLM class at the end of this year. The current season will not be affected.

As the reigning champions in the GTLM manufacturers, team and drivers’ classification, Porsche currently ranks second in the championship with its American partner squad CORE autosport after the season-opening 24 Hours of Daytona. The Porsche GT Team has won three manufacturer titles (2014, 2015, 2019), two Tequila Patrón North America Endurance Cup titles (2014, 2017), two team championship and a driver titles (2015, 2019) since partnering with CORE. This partnership has also generated a podium finish at the 24 Hours of Le Mans. 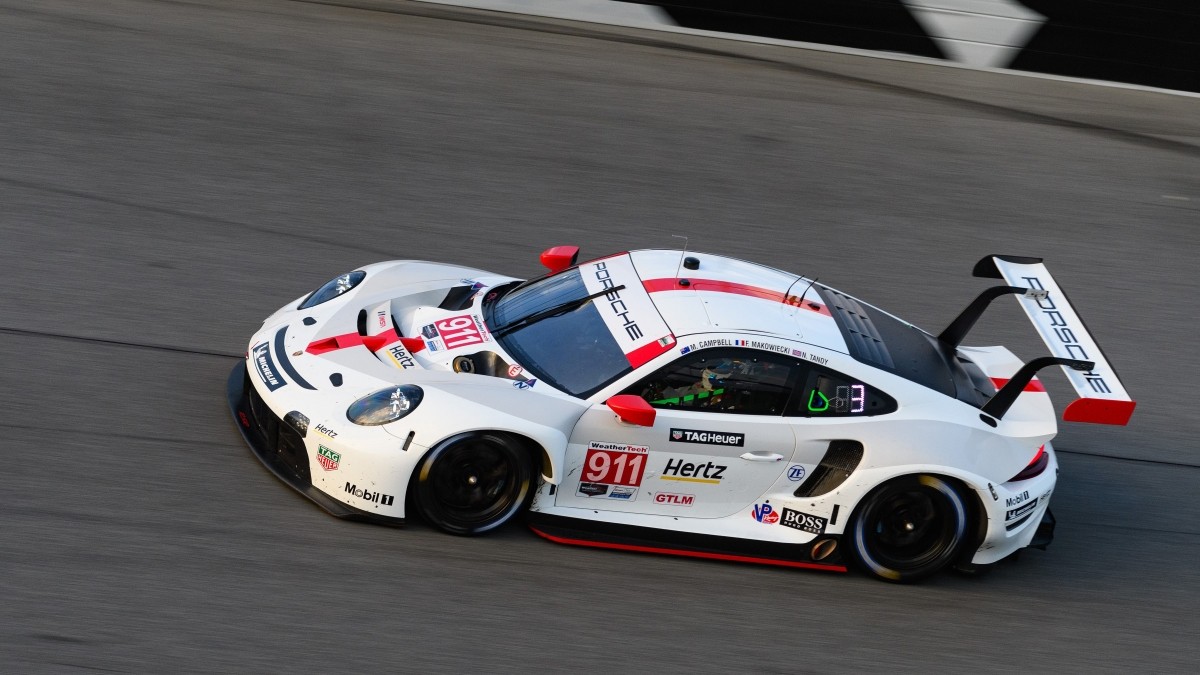 After taking an essential break for health safety reasons, the IMSA championship plans to resume its racing activities on the first weekend in July. The restart will be held at Daytona. Porsche Motorsport would like to bid farewell to the series by defending its title.

The support of customer teams in the GTD class of the IMSA WeatherTech SportsCar Championship as well as the Michelin Pilot Challenge (GT4) and the GT3 Cup Challenge USA, will continue unchanged in cooperation with Porsche Motorsport North America and Porsche Cars North America.

“The decision to halt our factory involvement in the IMSA series was not an easy one for us,” said Fritz Enzinger, vice president of Porsche Motorsport. “With a view to the current corporate situation in connection with the coronavirus pandemic, it is only logical for Porsche Motorsport to make a contribution to coping with the economic fallout. We’ve openly discussed our exit with all involved. At this point, we’d like to convey our sincere thanks to Jim France and the colleagues at IMSA for their understanding. Porsche belongs in endurance racing. We will work hard to ensure that this is only a temporary Auf Wiedersehen.”

“For us sportspeople, such endings are always painful,” said Pascal Zurlinden, director, Factory Motorsport. “For our operational team CORE autosport and everyone involved, I’m very sorry that we were unable to make this decision with more lead time. At the same time, I’d like to thank everyone affected by this for their professional handling of this situation.”