SuperCharge, an all-new fully electric crossover road-car based motorsport series, to launch in 2022

SuperCharge is an all-new global motorsport series based on electric crossover road cars that claims it will help shape the new future for motorsport.

With a planned 2022 start, the inaugural series is targeting eight events taking place right across the globe, in cities from Asia-Pacific, China, Europe, Middle East and USA aiming to provide spectacular racing entertainment and ultimately promote the uptake of electric cars.

Designed to appeal to audiences of all ages, SuperCharge has been created, in consultation with some of the world’s leading car manufacturers, as a new racing concept to showcase next-generation electric road cars in the volume and growth part of the market – compact SUVs and crossovers, as well as leading-edge battery technologies. Resetting the relevance, appeal and value of motorsport, the world’s newest racing series aims to be located in bustling urban environments based around an access all areas, fun, informative, festival-style atmosphere.

“Motorsport is at a crossroads,” says SuperCharge managing director and co-founder Rob Armstrong. “Alejandro Agag and Jean Todt have done a great job pioneering electric motorsport. With many countries and cities already announcing plans to ban internal combustion-engine cars in the coming years, the need for road car-based electric motorsport is becoming more and more compelling. We believe it is only a matter of time before there are more electric motorsport series. Given this rapidly increasing EV momentum, we believe the timing and appeal of SuperCharge is ideal and see a clear space for it as the road car-relevant motorsport series 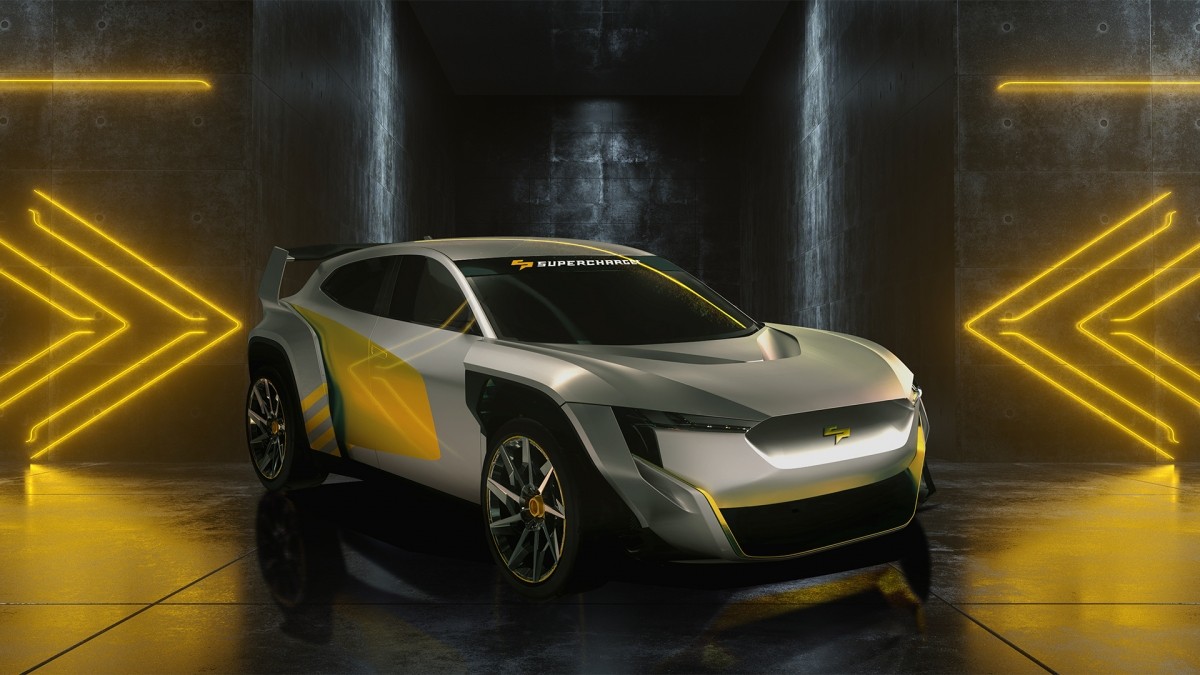 “We have carefully conceived SuperCharge to take account into these societal changes and to consider the needs of car companies, fans, commercial parties and venues in order to make a truly sustainable and commercially viable new series. SuperCharge takes motorsport into a new and hugely relevant arena and we can’t wait to spark the series into life across the globe

“I’ve been involved with many ground-breaking race series as both a driver and promoter and realised that motorsport as we know it has to change,” says Welti. “SuperCharge has been developed to be an intrinsic part of that change, and we are working closely with leading manufacturers and key suppliers, like German car constructor Holzer, in turning this exciting concept into reality. Undoubtedly, it is an exciting time to be involved in revolutionising the next generation of motorsport.” 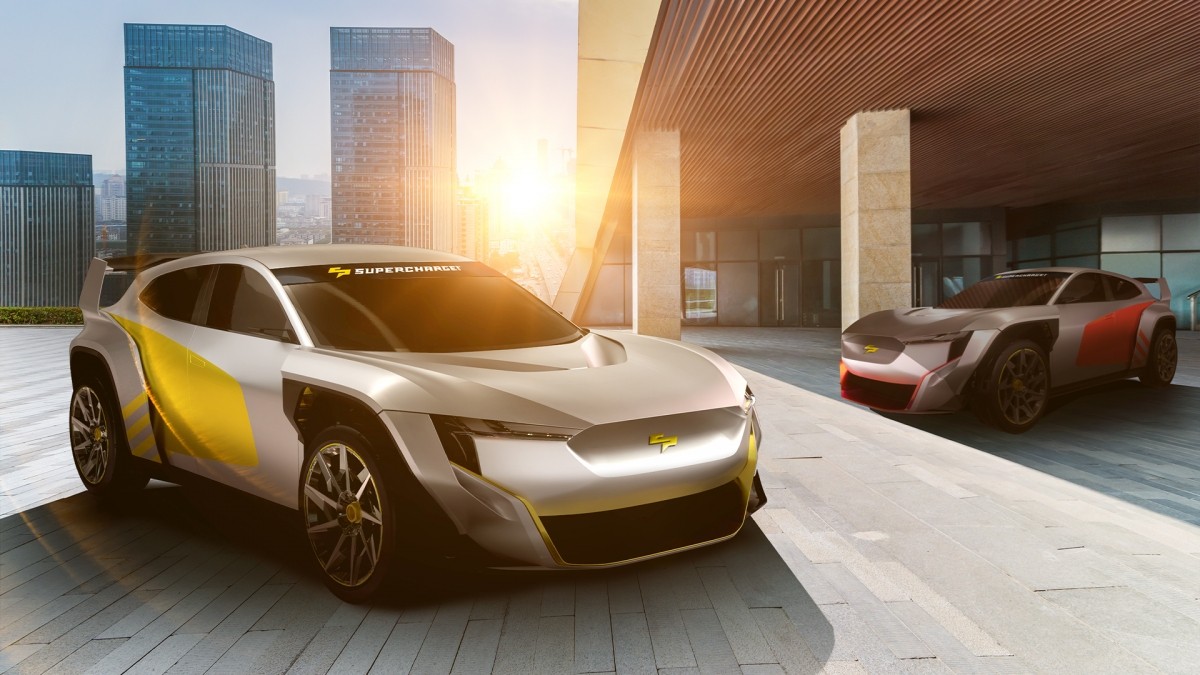 Informing, educating and promoting electric vehicles (EVs) for all
The planning and development of SuperCharge over the past 18 months has been carefully undertaken to ensure it is fully relevant, cost-effective and incubates technological advancements. At the same time, the new series offers clear technical and commercial benefits for car manufacturers. The concept will attract new audiences for electric vehicles, as well as give manufacturers the scope to develop, test and hone electric car battery technology innovations (including smart energy management systems) and relevant software in real-world racing.

As a manufacturer-focused series, SuperCharge is based on cars recognisable on the outside as electric road cars which the public can, or will be able to, buy. Nevertheless, the SuperCharge race cars, codenamed SC01, will offer awe-inspiring performance. With similar acceleration to a Formula 1 car, they will adopt an electric motor drivetrain on the front axle and one on the rear axle, generating peak power from the battery of up to 500kW (equivalent to around 670bhp) and rocket to 0-100 km/h in 2.5 seconds.

Teams will be able to adapt the standard specification car in two ways. The first is the car’s bodywork, so the public have a clear visual link between the striking race car on the track and the one they can, or will, enjoy on the road. The second is battery technology system development, that can in turn enhance the underlying battery performance of road-going EVs. To reflect the full electric ecosystem on public roads, the SuperCharge race car will also be designed to use roadside fast charging systems and connectors.

Power to the people
Set in the crucible of relatively short 1km (depending on location) SuperTrack circuits, the high-quality, action-packed entertainment experience has been carefully crafted to captivate spectators – and viewers across the globe – for existing motorsport fans and newcomers to the sport.

An ‘amphitheatre’ concept, which can be adapted to suit a variety of urban venue settings from parks, street circuits or existing race tracks, ensures live audiences will always be right in the heart of the action. Extensive views of the fast-paced-action will be assured through a myriad of viewing platforms.

Every SuperCharge race track will feature four unique characteristics. The first is the 2.5m ramp that could project the cars up to 10 metres on every lap. Able to accommodate two or more cars abreast, it will be an integral racing element and core circuit feature, enabling drivers to utilise different jump entry and exit tactics.

The second feature of the circuit is the low friction zones that will allow the cars to slide, drift and touch, increasing the drama and proximity of the close-quarter racing. Every SuperTrack will also feature a water gantry, adding yet another dimension to the circuit to test driver skill by creating a dry/wet/dry surface transition.

The final feature is the SuperLoop, a once-per-race lap extension that can be deployed tactically to gain an advantage over competing drivers, and which injects an extra dose of jeopardy into every race. 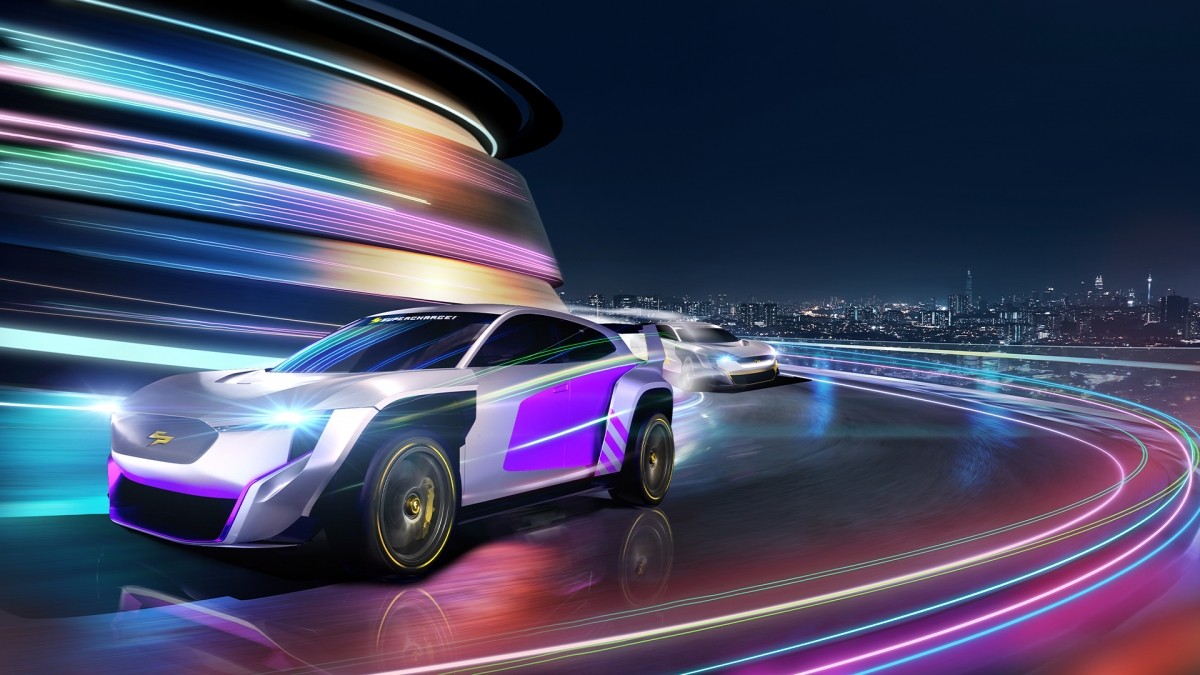 A simple, easy to understand format
Each SuperCharge event is based on a knockout format which pits 16 cars and drivers drawn from eight teams against each other. Based on a series of 15 quick-fire races, with a maximum of six laps each depending on competition stage, the entertainment will come thick and fast, generating unabating excitement as contenders progressively fall by the wayside en route to a climactic finale.

The rewards for both teams and drivers in SuperCharge come by virtue of a clear points system. Every car competing over the course of the eight-race series will earn points towards the three separate titles: a teams’ championship, one for manufacturers and another for competing drivers, with points rewarding progress through the knockout process.

Enabling cleaner, smarter cities
With a purpose to “supercharge” the race to a more sustainable future, the series intends to create spectacular experiences in urban environments that enable the pioneers of electric mobility to inform, educate and inspire future generations. SuperCharge aims to transform the appeal and uptake of EVs for cities actively targeting improved air quality and climate change mitigation through e-mobility, particularly through its ambition to use 100% renewable energy.

Centre-stage in the SuperCharge paddock concept is a charging zone that adopts regular road car connectors and roadside fast charging to inform the public around the whole EV ownership experience.

Consistent with the ethos of the series, the footprint and costs of SuperCharge race events have also been structured to be environmentally and financially sustainable. Among the measures being incorporated are the use of existing city racing infrastructure wherever possible, as well as sea and road freight.