The Aston Martin Aramco Cognizant Formula One Team has unveiled its AMR22 in a special launch event held at the global headquarters of Aston Martin Lagonda at Gaydon, UK today.

Aramco logos are incorporated into the livery to mark the beginning of a strategic long-term partnership, while branding from title partner, Cognizant, appears on the sidepods, chassis top, front wing and rear wing. Prominent logos from sponsors Peroni Nastro Azzurro 0.0%, Crypto.com, SentinelOne and JCB also feature across the AMR22. 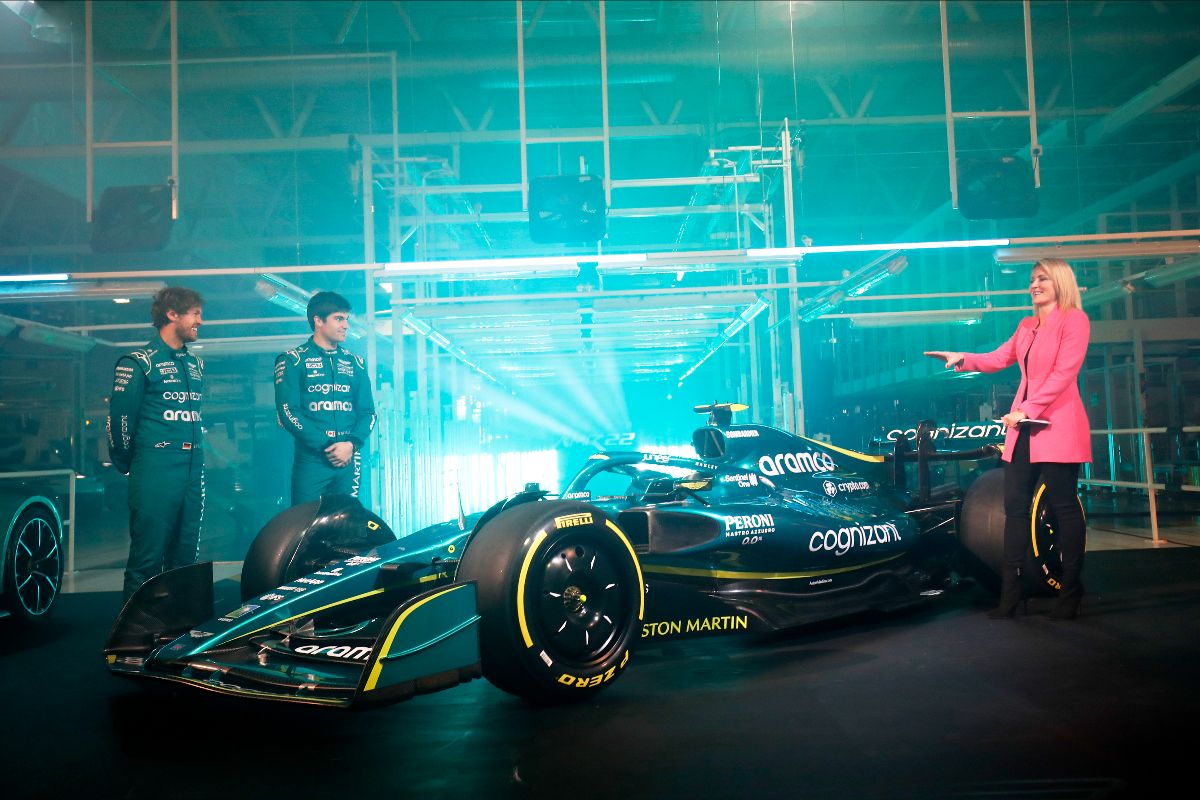 Andrew Green, Chief Technical Officer, said: “The 2022 regulations are like no other that have gone before: a radical change of direction in both concept and application, probably the most significant change of chassis regulations ever implemented, with an incredibly small amount of carry-over from 2021 into 2022. As a direct result of that, the past winter has undoubtedly been the toughest we have ever had. But with new regulations come new challenges and new opportunities.

“No one has all the answers to maximising the new regulations, so it is all about avoiding development cul-de-sacs, and that was the key message to our design team. It is a huge challenge, but everyone has risen to the task, and we are motivated to solve the many questions that have and continue to arise during the development process. All that while operating under the new cost cap regulations and more restrictive aerodynamic development restrictions.

“The AMR22 we see is our ‘first’ iteration under these new regulations. It will evolve dramatically over the coming months as we run the cars for real and begin to understand the challenges involved. That will, in turn, forge the direction for 2023 and beyond.”

Lance Stroll added: “This is not only a big opportunity for Aston Martin, but also for all the teams. We just have to believe that we have done a better job and I know that everyone involved is working unbelievably hard to give Seb (Vettel) and me the best chance. At the same time, we have to be realistic heading into the new season. Our main aim is to move nearer the front than we were last year. That would be progress. As Seb said, it is impossible to know where every team will be until we all get on track, and even then you might not know who has really got it right until qualifying in Bahrain. Aston Martin has some really clever people so I am optimistic we can make good progress this year.”