Early on the 14th March, a fire in the newly-built E-paddock at the Circuito de Jerez – Angel Nieto destroyed the majority of material for the FIM Enel MotoE World Cup. No one suffered any injury as a result and the damage was purely material.

The FIM Enel MotoE World Cup is a competition born from innovation, powered by 100% renewable energy. This ambition to evolve and experiment with new technologies brings with it an associated risk. It can be confirmed, however, that no motorcycles were charging at the time of the incident in the box in which the fire started. As the single supplier of the bikes to the series, CRP Group subsidiary Energica, with the help of CRP Technology and CRP Meccanica, gave a commitment that it would rebuild all of the Ego Corsa machines needed which it achieved in a record time of less than three months.

The Ego Corsa race motorbikes are derived from the world’s first Italian street-legal electric motorbike Energica Ego that include many parts and applications, such as the battery pack, the motor terminal cover, transponder holder, manufactured by CRP Technology and the many high=precision CNC machined parts such as the crankshaft, the gear cascade and the pinion shaft from CRP Meccanica.

“On the day after the fire in Jerez, it was clearly known that a special effort had to be made: now, as Energica’s technological partners, I can very proudly say that we did it!” commented Eng Franco Cevolini, CRP Meccanica and CRP Technology CEO. “Since the early hours following the unfortunate event, CRP Meccanica and CRP Technology have supported Energica in facing the challenge. The experience gained in 50 years of activity serving the most advanced sectors has allowed us to address the situation in the most proper and efficient way.”

As a result, Energica was able to “reach the finishing line” on the 17th June with all the Ego Corsa race motorbikes rebuilt and ready for the technical test with riders and teams (on 17th-19th June at the Circuit Ricardo Tormo, Valencia, Spain.

“This is a true miracle,” commented Energica’s CEO Livia Cevolini, “and only CRP Technology and CRP Meccanica could help us do it. Rebuilding more than 18 race motorbikes from scratch in two months is a unique and extraordinary event in the world and in history.

“Due to this rebuilding project, CRP Technology and CRP Meccanica showed that they were not mere suppliers who took orders and made parts based on the manufacturing technology they offer, but that they are ‘all-rounded consulting and manufacturing companies’ that take customers by the hand and advise them in choosing the best technology to carry out their projects.” 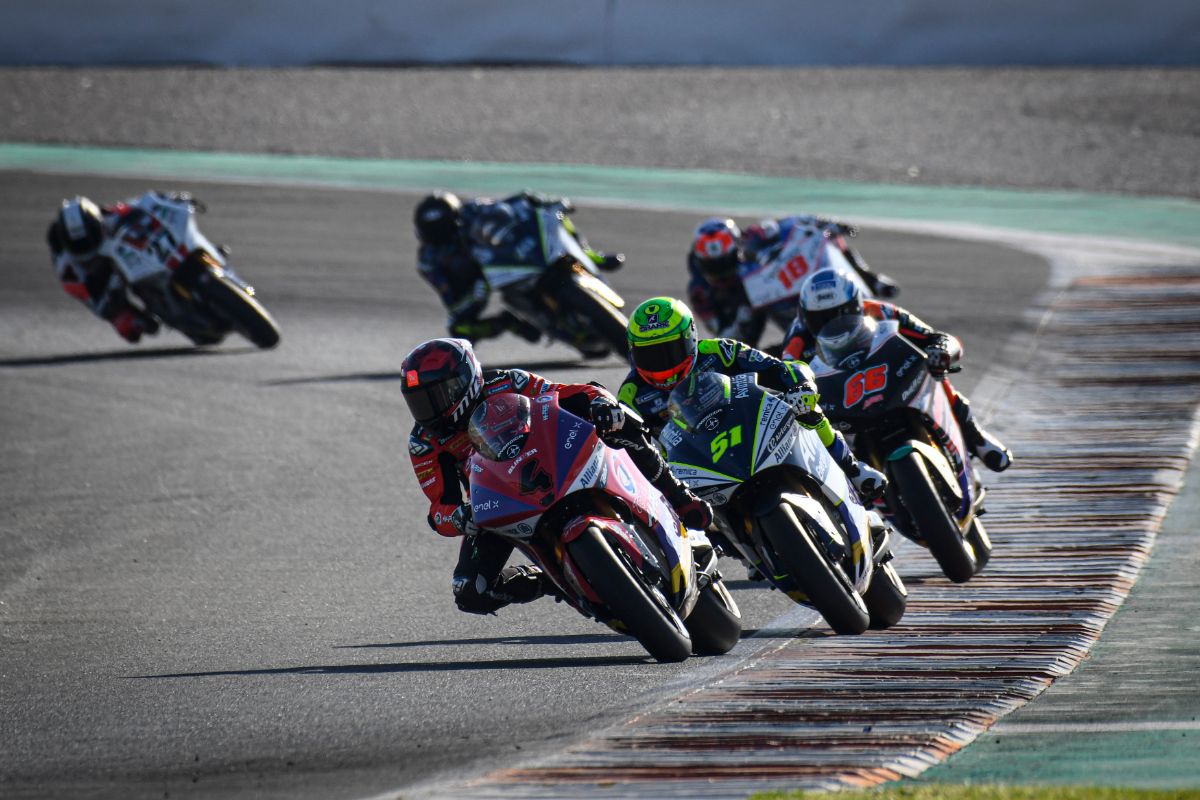 In a feat of masterful engineering, all the Ego Corsa race motorbikes were rebuilt and ready for the technical test with riders and teams on 17-19 June