Scuderia Ferrari has opted for an aggressive tyre strategy for the Singapore Grand Prix allocating nine sets of the Pirelli Ultrasoft compound for each car.

With Pirelli announcing each driver’s tyre allocations for the Singapore Grand Prix, it has emerged that Ferrari together with the Haas F1 Team are banking on the Ultrasoft tyre. All four cars will have nine Ultrasoft tyres available which represents almost 70% of the total allocation per car.

Ferrari and Haas have an identical tyre allocation, which isn’t surprising given how the vehicles dynamics of each car should be very similar when using the same suspension, wheels and brakes. Apart from the nine Ultrasoft tyres, the two teams each have a car with one set of Soft tyres and three sets of Supersoft tyres available and two sets of Soft and two sets of the Supersoft compound tyres.

This strategy is relatively aggressive, especially when compared to the more conservative strategy of Sahara Force India which in contrast, both of its cars have four sets Soft, three Supersoft sets and six sets of the purple striped tyre nominated.

Manor Racing have followed suit in terms of it having a more conservative purple tyre strategy with the Mercedes AMG Petronas F1 team targeting a more balanced tyre selection for both cars. 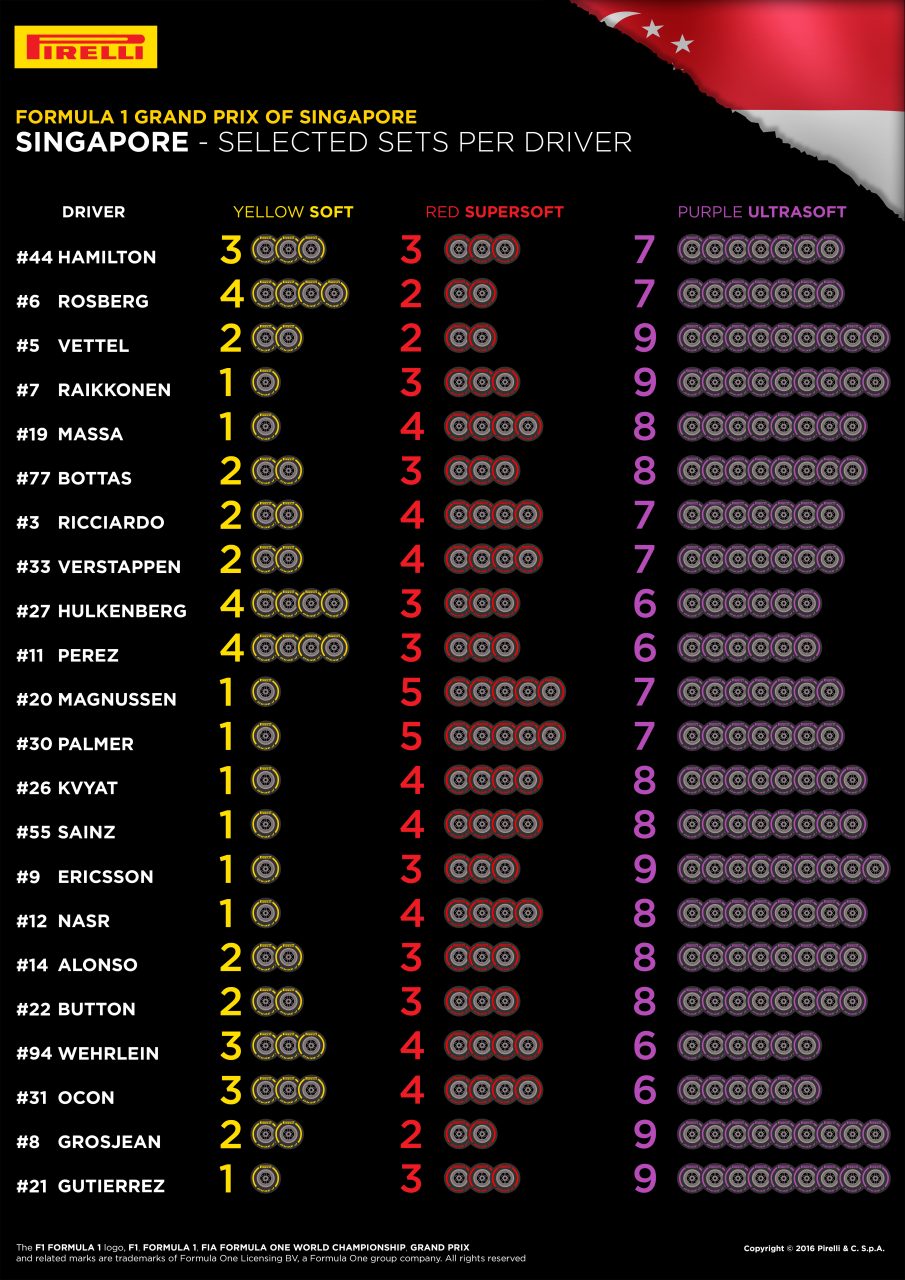