Volkswagen has unveiled the Polo GTI R5, the development of the new rally sports car incorporating the experience and know-how acquired while winning four World Rally Championship titles from 2013 to 2016. Development has been in full swing since the start of the year with initial tests on asphalt and gravel taking place in mid-November in Fontjoncouse, France that will continue in the UK in December.

Like the new Polo GTI, the production model, the Polo GTI R5 has a powerful straight four-cylinder turbo engine with direct fuel injection, which is mounted transversely in front of the front axle. The capacity of the rally car is limited to 1.6 litres in accordance with the regulations. This is sufficient to generate an impressive 200 kW (272 hp) and maximum torque of 400 Newton metres. A close-stepped, sequential, five-speed racing gearbox and permanent four-wheel drive achieve outstanding acceleration on any surface – whether asphalt, gravel or snow. Weighing just 1,320 kilograms, the rally GTI accelerates from 0 to 100 km/h in just 4.1 seconds.

The four-door, steel chassis, which serves as the basis for the assembly, is manufactured at the production plant in Pamplona, Spain. In accordance with FIA regulations, it is strengthened with a roll cage and other safety components. 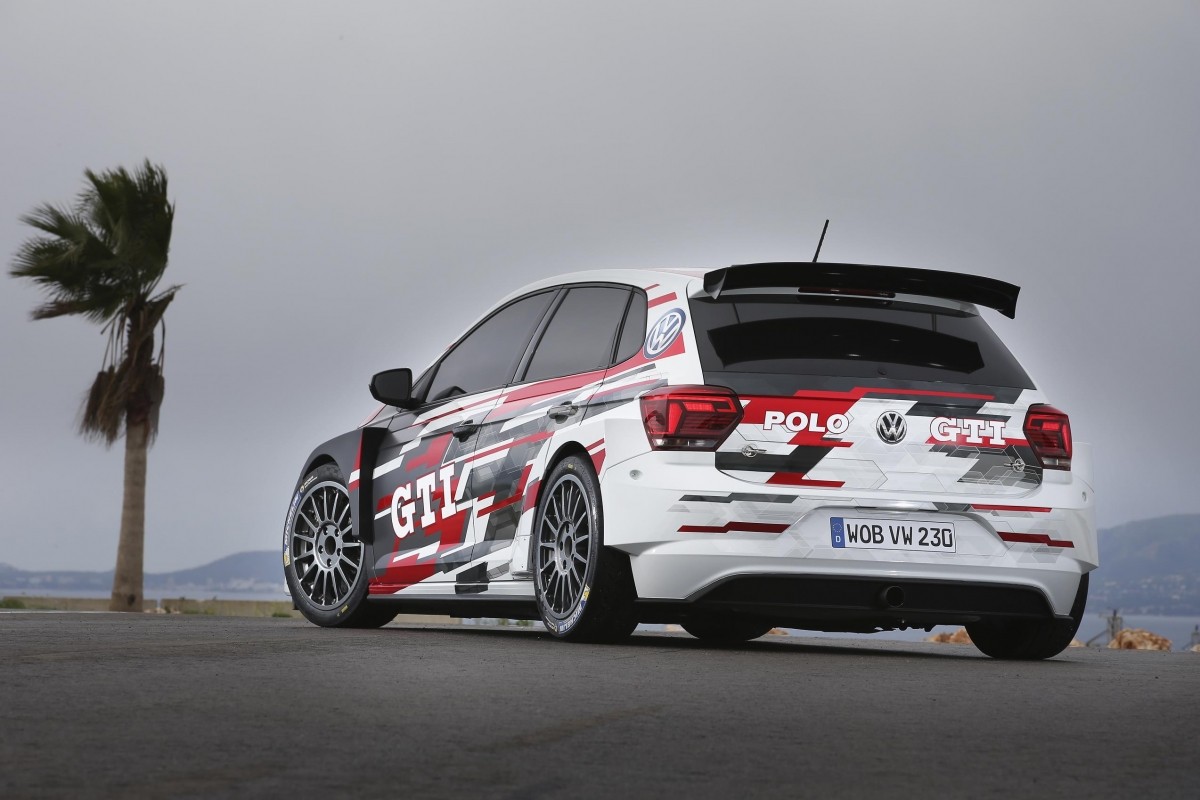 “The Polo GTI R5 came through the initial tests without any problems and the feedback from the test drivers was very positive,” said Demaison. “It is obviously beneficial to be able to call upon an experienced team of engineers and mechanics who helped to develop the Polo that won the world championship. And it goes without saying that, as we have in the past, we are also taking advantage of the close and excellent cooperation with the colleagues in the technical development department in Wolfsburg, as well as our Škoda colleagues, who have been offering their customers an R5 car since 2015.”

“The close relationship to the road-going Polo GTI is unmistakable,” said Volkswagen Motorsport Director Sven Smeets. “In the rally Polo, the GTI family has another spectacular ambassador. Our team and the colleagues at Volkswagen Design in Wolfsburg deserve great credit for this. Over the coming months, the Polo GTI R5 must prove itself in a series of tough scenarios in order to ensure that it can build on the success of its predecessor in the customers’ hands.”

The Polo GTI R5 will be homologated in the summer of 2018 with the first deliveries to customer sports teams, and the first competitive outings, planned for the second half of the year.