Entering uncharted territory with the Volkswagen’s first fully-electric racing car, particularly in the field of high-volt technology, Volkswagen Motorsport benefitted from the wealth of experience possessed by the specialist departments for E-mobility in Wolfsburg and the Pre-Production Center (VSC) in Braunschweig. Among other things, stress tests were performed on the battery cells and modules for the I.D. R Pikes Peak, a safety concept was developed for high-voltage components, and the optimal conception of the two battery packages on board was researched here.

“We also used the extensive expertise to shield the cables that fed several hundred volts from the drivetrain to the highly-sensitive signal lines for the control electronics,” says ex-Formula 1 engineer Willy Rampf, Volkswagen Motorsport’s technical adviser on the I.D. R Pikes Peak project.

Tests with experimental vehicle at the test facility in Ehra-Lessien

When the design process for the I.D. R Pikes Peak started with tests using an experimental vehicle based on the Golf GTI TCR, the motorsport specialists once again called on the services of their colleagues from the research and development departments. The touring car, equipped with two electric engines, was able to complete test laps and gather valuable data at the Volkswagen test facility in Ehra-Lessien.

“We were supported by engineers from the department for E-traction and electric components,” explains Volkswagen Motorsport Director Sven Smeets, emphasising the excitement the project generated throughout the entire concern. “For example, there were not previously any charging systems at the test facility in Ehra that could provide the capacities required for the batteries in the I.D. R Pikes Peak. Within four days, they had built such a system especially for us.”

The fact that the I.D. R Pikes Peak ultimately set a new record a new record of 7:57.148 minutes for the climb to the 4,302-metre summit was also down to the technology in the electric racer, which functioned flawlessly. This was guaranteed by the extensive quality checks carried out on each individual component.

“Volkswagen Motorsport did not previously have any experience with the components of an electric drivetrain. Here too, the support received from the quality assurance guys in Wolfsburg was very helpful,” says Smeets.

The Volkswagen Motorsport engineers also travelled to Porsche in Weissach for another vital cooperation. The colleagues at Porsche, who have worked on the LMP1 racing car, made their wind tunnel available for valuable hours of testing, and also provided know-how on the manufacturing of the chassis of the I.D. R Pikes Peak, which is made of an ultra-light carbon fibre/Kevlar composite.

“At Volkswagen, we have the major advantage of being able to call on resources from across the entire Group, as well as being able to provide resources ourselves,” says Smeets. 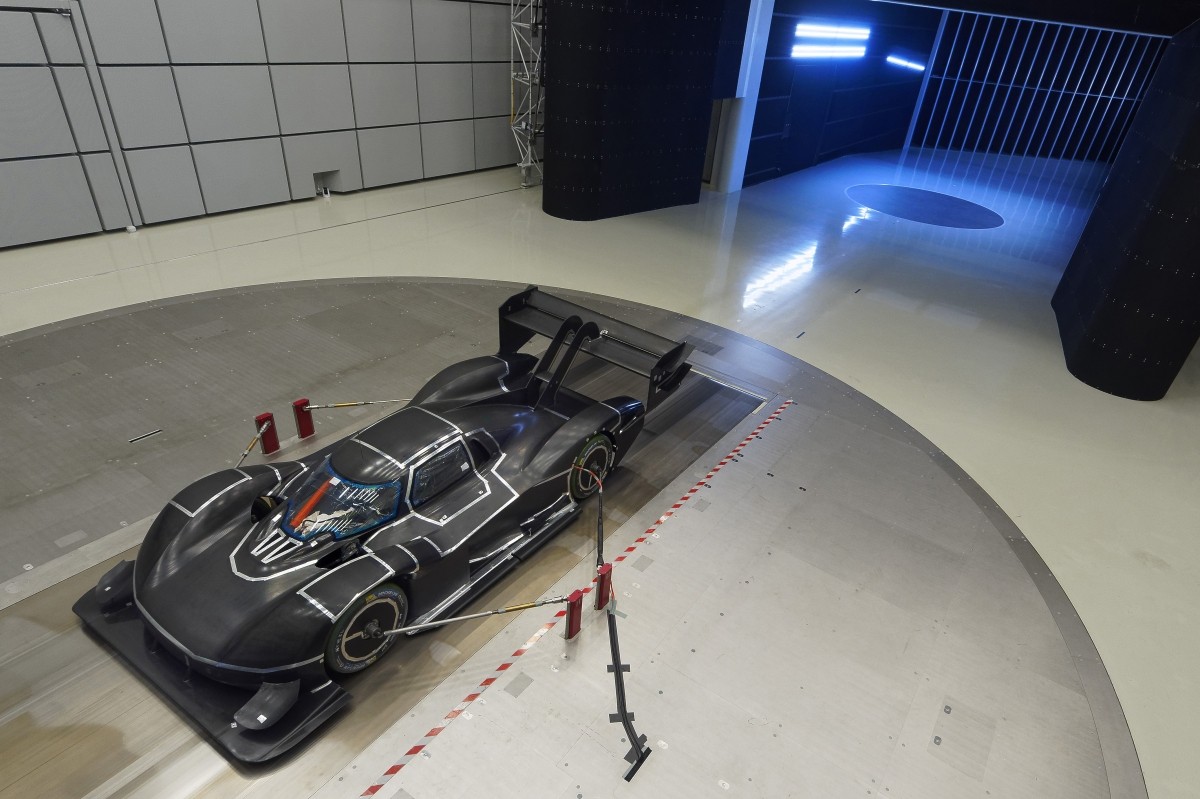 Knowledge sharing in both directions

The knowledge transfer for the I.D. R Pikes Peak was by no means a one-way road from the research and development departments to the motorsport specialists. The exchange also worked in the opposite direction. “With the I.D. R Pikes Peak, we addressed a whole host of problems that also arise with electric road vehicles. We are obviously sharing the solutions and findings acquired during our racing operations with our colleagues in production development,” says Rampf.

One central point was the strategies for charging the batteries. The batteries for the I.D. R Pikes Peak could be charged externally in just 20 minutes – a time yet to be achieved with today’s road vehicles. A comparison of the batteries for a racing car, which have a high power density, with those in a current road vehicle (high energy density for high range) is only limited. However, performance-enhanced electric cars, for which new battery technology and control strategies will be required, are already a hot topic at Volkswagen R GmbH.

The drivetrain technology in the new Pikes Peak record holder also yielded valuable findings for future road vehicles. “In the I.D. R Pikes Peak, the two engines on the front and rear axles are not connected mechanically. They are coordinated electronically. This demands very complex controls,” Rampf explains. “Particularly given the extremely high performance figures and the forces, to which the I.D. R Pikes Peak was subjected.”

While the intense sharing of knowledge and data between Volkswagen Motorsport and its colleagues in research and development became routine with time, the interest shown by a department scarcely concerned with motor racing initially came as something of a surprise for the motorsport specialists. “One day, I received an enquiry from Volkswagen Commercial Vehicles. Its engineers were requesting information on the lightweight design of the I.D. R Pikes Peak,” says Smeets.

However, the enquiry is not actually that odd. Volkswagen Commercial Vehicles will build the I.D. BUZZ in the future. The camper van with electric drive will be launched in 2022 and is a member of the I.D. family – Volkswagen’s first range of fully-electric models. 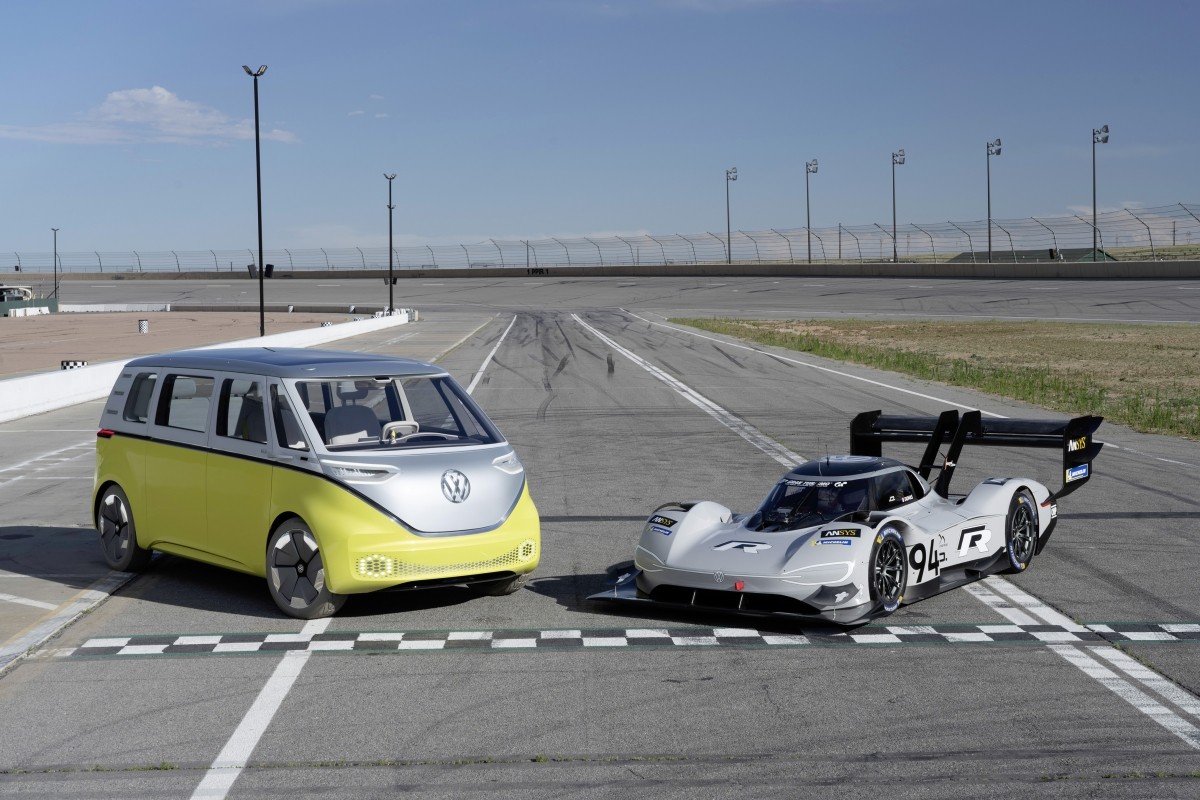