The 24 Hours of Le Mans selection committee has finalised the list of 60 competitors and 10 reserve teams for this year’s race.

Its selection committee received a record 75 applications from teams eager to take part in this year’s milestone race, where the world champions will be crowned.

To earn a coveted place on the list of 60 entrants and 10 reserves, competitors were assessed on the following criteria:

Speaking about the selection process, Pierre Fillon, ACO, President said: “It was tricky in that all applicants were top class and we had to find criteria on which to separate them. We examined the applications with a fine-tooth comb. Our choice was based on the appeal of the team in terms of sport and technology and in terms of spectator and media attention. Loyalty was also a factor. Of course, there were several heart-breaking moments. Several reserve teams would have made the grid in previous years.

“Year after year, it gets more and more difficult to choose between so many top-flight teams, across the board. Which goes to show that the endurance racing ladder that we introduced is fulfilling its promises. It produces experienced teams, drivers who have risen through the ranks, series after series, class by class and come to us with an already glittering record. A place on the Le Mans 24 Hours grid is the culmination of a carefully constructed project, built up step by step, based on solid foundations.” 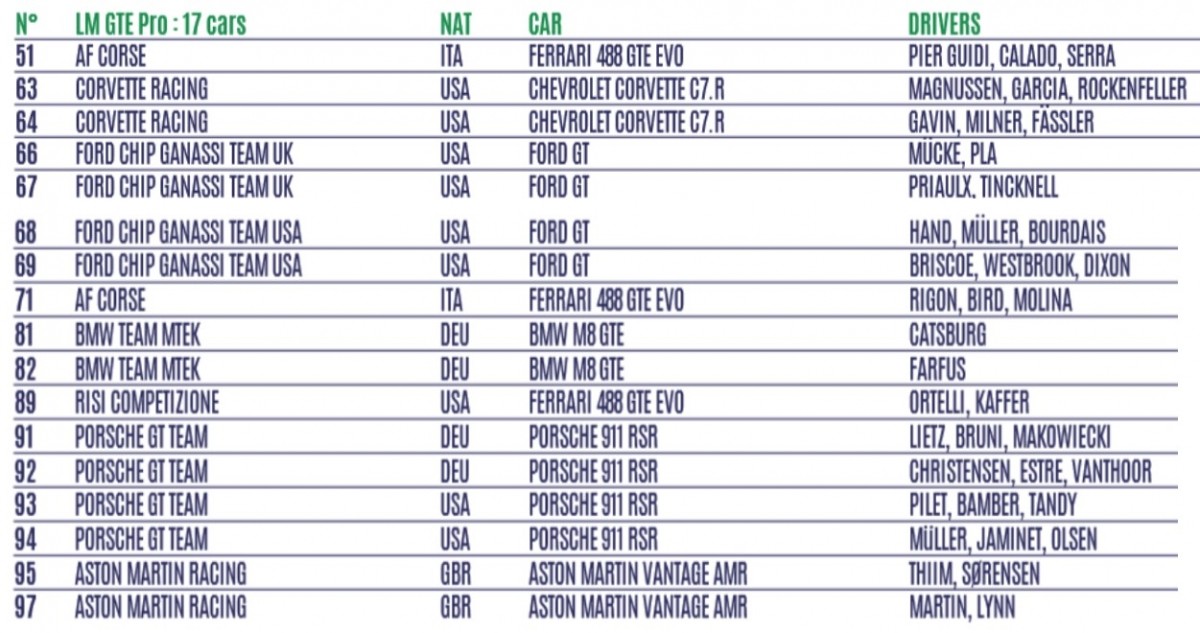 The reserve list includes big names such as United Autosports, Panis Barthez, Duqueine, Idec and High Class Racing. Fillon explained: “We had to set ourselves a roadmap and follow it. For LMP2, the first decision was to field as many different teams as possible before considering any second cars. We wanted to reward teams that have been loyal to the race. All selection processes entail rejections.”