Airspeeder – described by the company as “the thrilling airborne motorsport for a new generation of race fans”” – has made its global public debut at the Goodwood Festival of Speed. It included flying displays of the Mk. II Speeder racecraft, and races around an aerial track at the Goodwood Aerodrome, and adjacent to the Goodwood hillclimb route. There is also a static display of the Airspeeder Mk IV, the world’s first piloted octocopter, that takes centre stage amid the immersive technology of the Festival of Speed Future Lab.

The Duke of Richmond formally launched Airspeeder by dropping the flag on the world’s first full-size quadcopter racing event, Featuring two Mk II prototype Speeders racing head-to-head at speeds of up to 100 km/h and an average of four metres above the ground, the global launch gave the assembled media and VIPs a flavour of the edge-of-the-seat action spectators can expect when the first manned Airspeeder World Championship – featuring five teams and ten pilots – gets underway in 2020.

Developed by Alauda Racing, an Australian start-up with the long-term ambition to use its technology to develop a world-beating flying sports car for sale to the public, the Mk IV octocopters will hit speeds of 200 km/h (120 mph) and offer a power-to-weight ratio superior to an F-18 fighter jet. 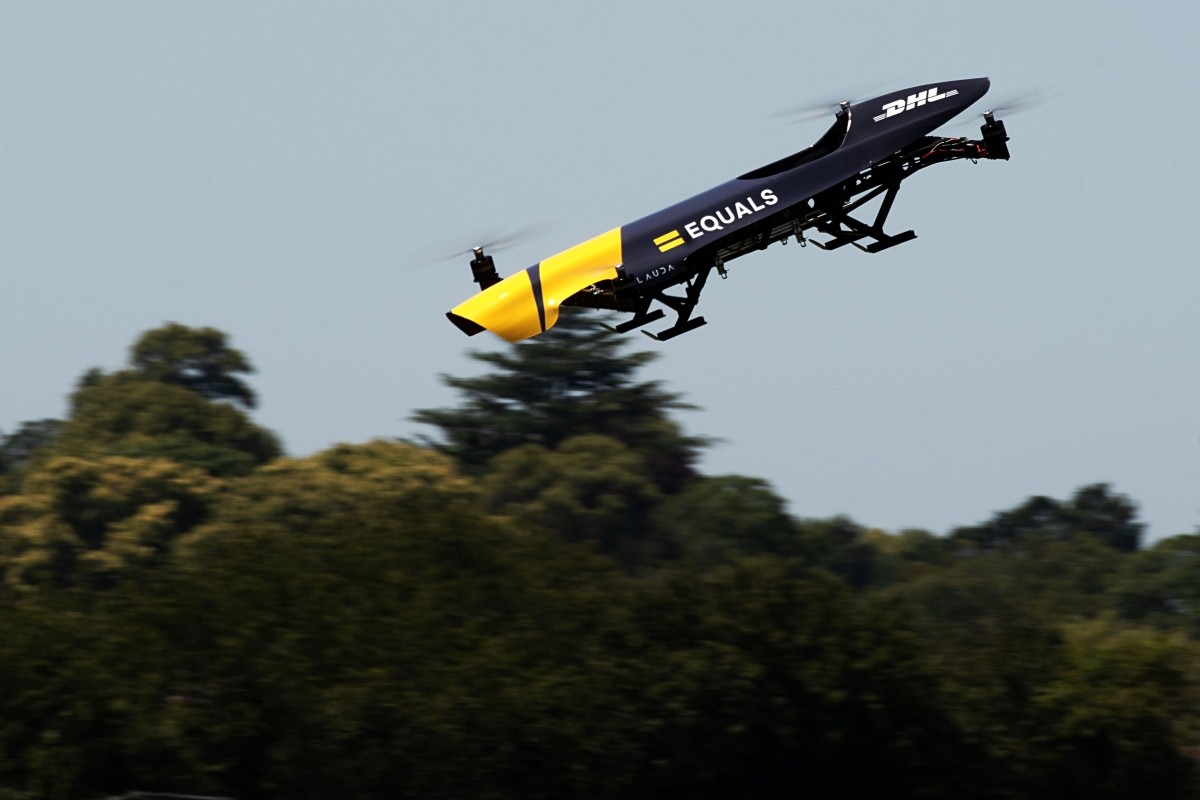 The unveil was also an opportunity to formally introduce Alauda Racing – the Australian start-up behind Airspeeder – and the globally broadcast series’ prestigious global title sponsor Equals, the money management solutions provider formerly known as FairFX. With the backing of Equals, and Official Logistics Partner DHL, Alauda Racing will use Airspeeder as a platform to develop highly-efficient and highly-effective ‘flying cars’ for commercial use.

Matt Pearson, founder and CEO of Airspeeder and the driving force behind the Airspeeder race series, said: “This was a very emotional moment for those of us who have been involved in this project from the start, everyone at Alauda Racing and our partners and sponsors. After huge amounts of hard work, research, technical development and planning this formal unveiling – at an event as iconic as Goodwood – it feels as though all our dreams have become reality and Airspeeder has properly arrived.”

Backed by Equals, the provider of money management solutions previously known as FairFX, as Title Sponsor, the organisers say that the Airspeeder series has the opportunity to reset motorsport, using competition as a canvas to develop highly efficient and highly effective airborne vehicles.

Speaking on the title sponsorship of Airspeeder, Ian Strafford-Taylor, CEO of Equals, said: “We’re delighted to have agreed this partnership with Airspeeder who are using cutting-edge technology to deliver a new generation of motorsport. The spirit of ingenuity and engineering behind Airspeeder makes it the perfect fit for Equals, as these are also the drivers behind our new brand identity.” 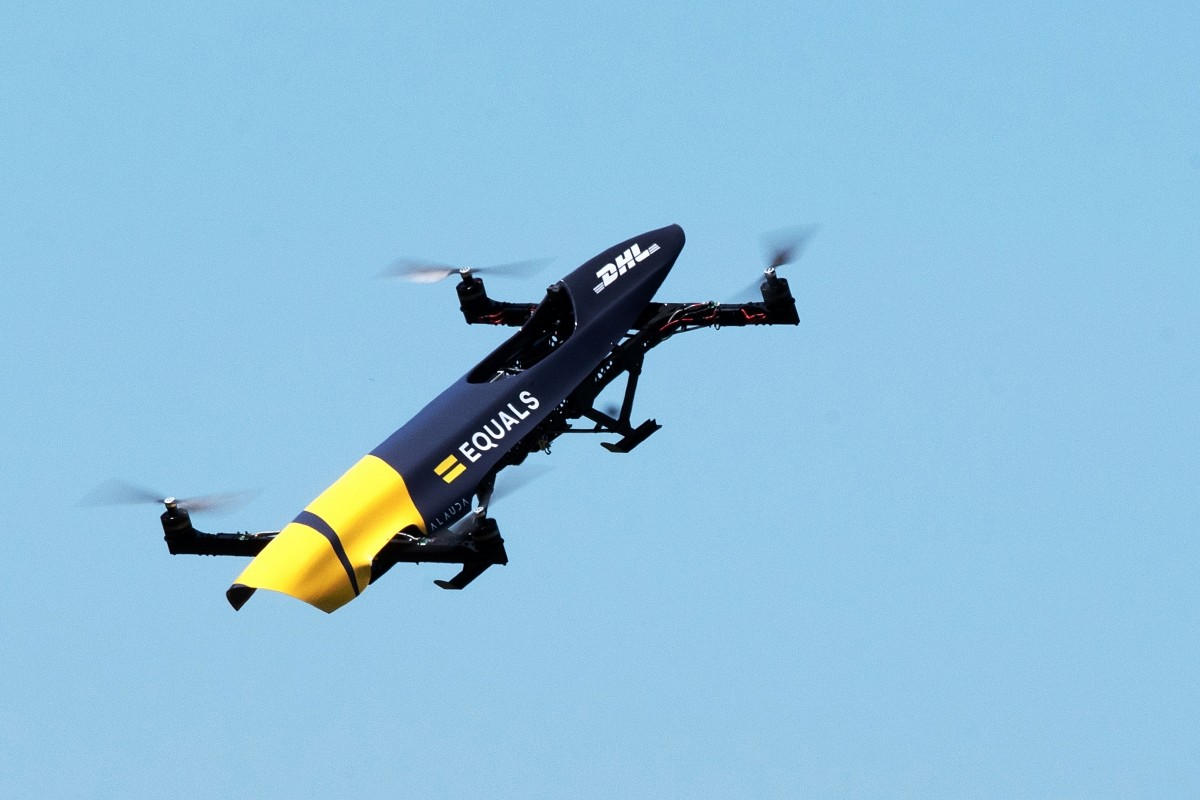 The Airspeeder race series will begin in 2020 and will instantly appeal to fans of traditional motorsport, while tapping into the rich heritage of air racing – which has existed for almost as long as conventional motorsport. However, Airspeeder’s technology-focused approach will allow the racing to plug into the emerging and rapidly growing world of drone competition, as well as eSports, to carve out a new and potentially huge audience for a thrilling aerial motorsport.

The series will tour the world with Grand Prix held at iconic motorsport venues, intended to reflect the drama of the airborne action, with the series broadcast live to a global audience. Initially, each Grand Prix will feature head-to-head racing between ten pilots competing for five teams.

Races will take place under rules similar to Formula E, so each race is likely to involve around 30 minutes of flat-out action and include one pit-stop for a battery swap. The Mk IV octocopters, or Speeders, that will eventually compete in the first Airspeeder Grand Prix, will begin manned demonstration flights in the Mojave Desert later this year. Each will hit speeds of up to 200 km/h and offer a power-to-weight ratio superior to a fighter jet.

Developed by Alauda Racing, the Airspeeder concept has taken just four years to get off the ground as the innovative company seeks to make jump from technology driven start up to worldwide motorsport brand. With a team consisting of aerospace engineers, designers, pilots and entrepreneurs, they have a vision to change the direction of motorsport.

Utilising high-strength and specifically engineered materials, including carbon-fibre and alloys, the Speeders are unique and designed from the ground up for performance racing. Initially Alauda Racing will be the sole manufacturer, offering a rigorously-tested chassis and body, robust battery technology and motors and standardised software. This will include the companies own IP, including the safety and collision-avoidance systems that will be vital in ensuring pilot safety.

Inspired by the competition cars from the golden age of motor racing, the Speeders are designed to be streamlined for reduced drag and high performance as well as elegance. Each Mk IV Speeder will be four metres long and will weigh roughly 250 kg. They are propelled by eight 50 kW] motors driving 60-inch blades, with power provided by swappable 500 kW battery packs which can provide full thrust for around 15 minutes.

Each speeder will be packed with technology, including state-of-the-art collision avoidance systems and software to manage power delivery and battery efficiency. With the sky the limit for this new race series, a new approach is needed to ensure fast but safe flight – so a built-in augmented reality vision system will allow the pilot to ‘see through’ the craft’s body. This will provide maximum visibility when manoeuvring and overtaking Speeders out-of-sight underneath the level of the cockpit. 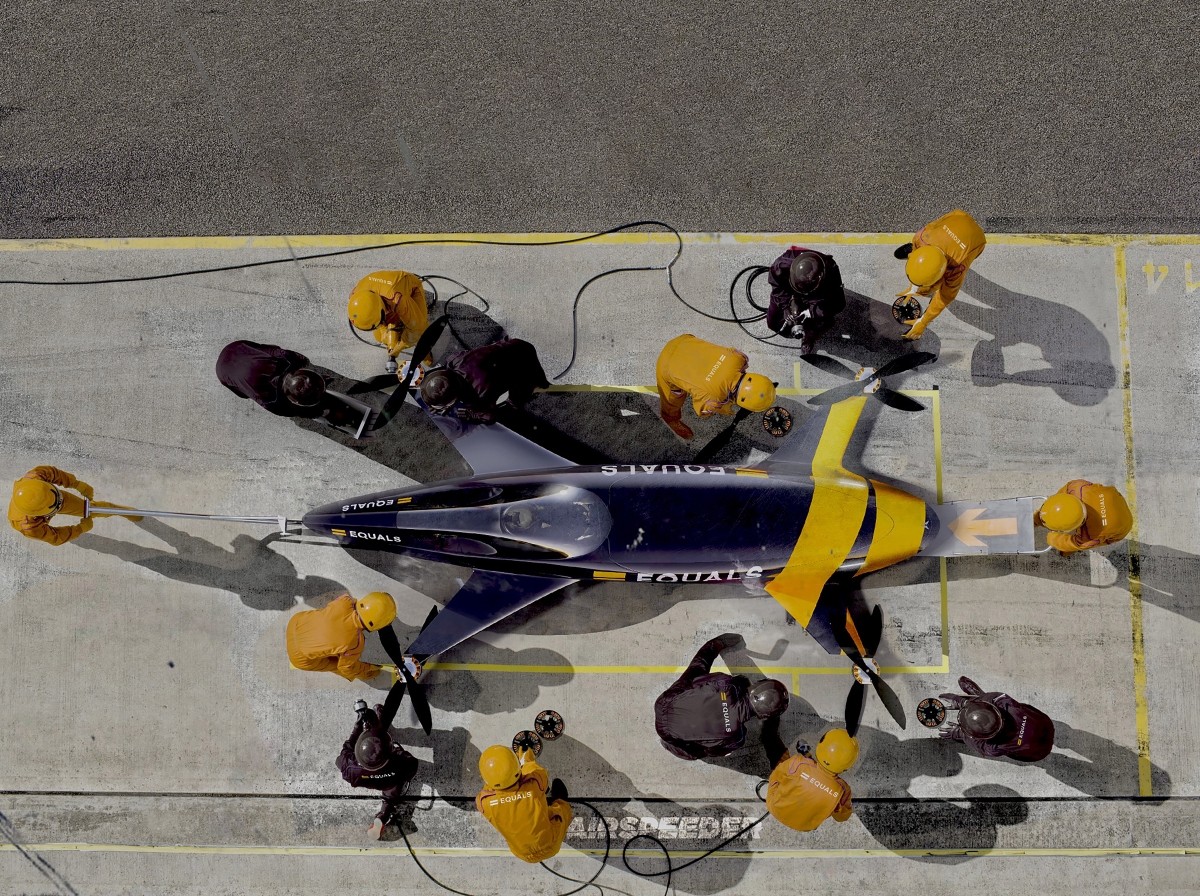 Summing up Airspeeder’s debut at the 2019 Goodwood Festival of Speed, Matt Pearson, founder and CEO, said: “This is just the start of our reach for the skies. Our vision sees not just the development of a unique sporting spectacle but also the start of a new industry, with flying cars built for competition providing an ideal environment for innovation and technical evolution. Just watch this space.” 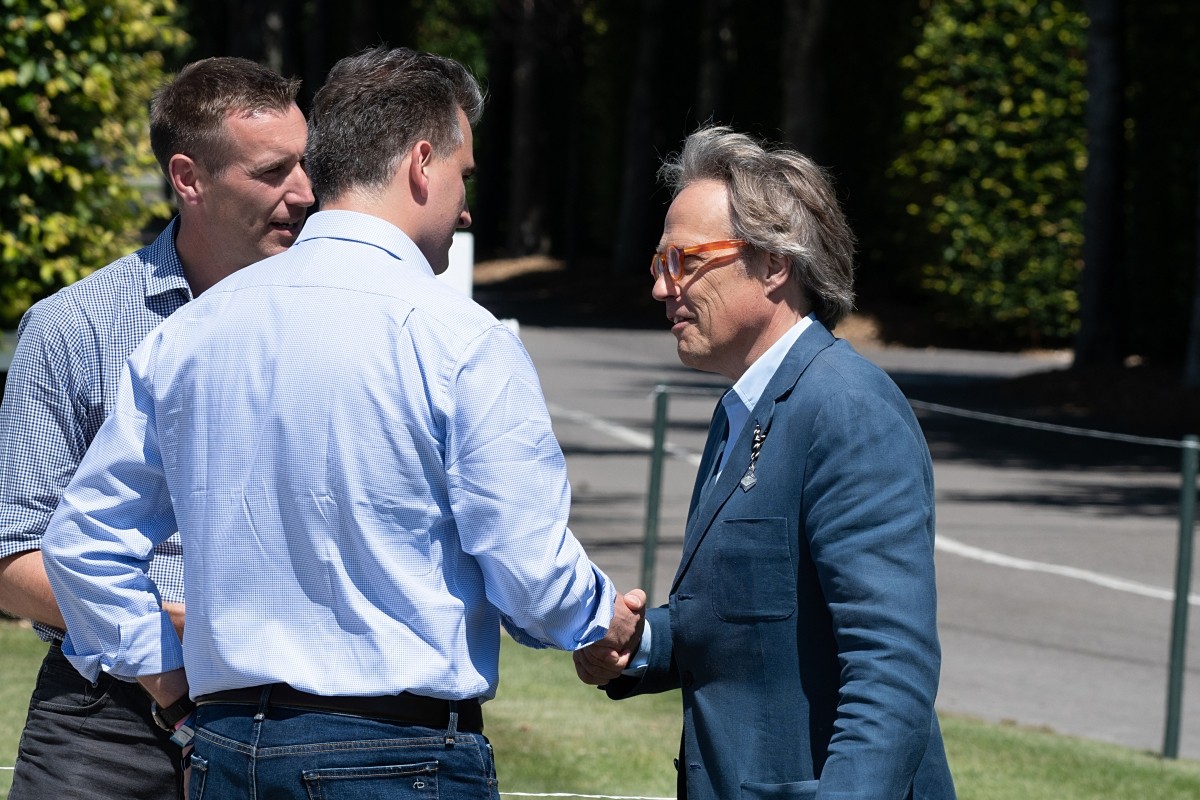