Hyundai Motorsport revealed the Veloster N ETCR, its first-ever electric race car designed for its debut at the ETCR championship in 2020.

The car, revealed at the International Motor Show (IAA) in Frankfurt yesterday, was designed and built at the company’s Alzenau headquarters.  The Veloster N ETCR is fully electric, rear-wheel-drive with a mid-mounted motor – two firsts for a Hyundai Motorsport project – in line with ETCR regulations.

Design work began in November 2018, with the first shakedown of the prototype completed in August 2019. A full testing program will commence later this month, supported by Hyundai Motorsport’s trained and experienced engineers, with two Veloster N ETCR cars to be produced for the first ETCR season.

The project will be integrated alongside the company’s continued commitments as a manufacturer within the FIA World Rally Championship (WRC), as well as its Customer Racing efforts with the i20 R5, i30 N TCR and Veloster N TCR. As part of Hyundai Motorsport’s role as a development centre for high-performance cars, all learnings from the Veloster N ETCR will be shared with Hyundai’s global R&D facility in Namyang, South Korea. 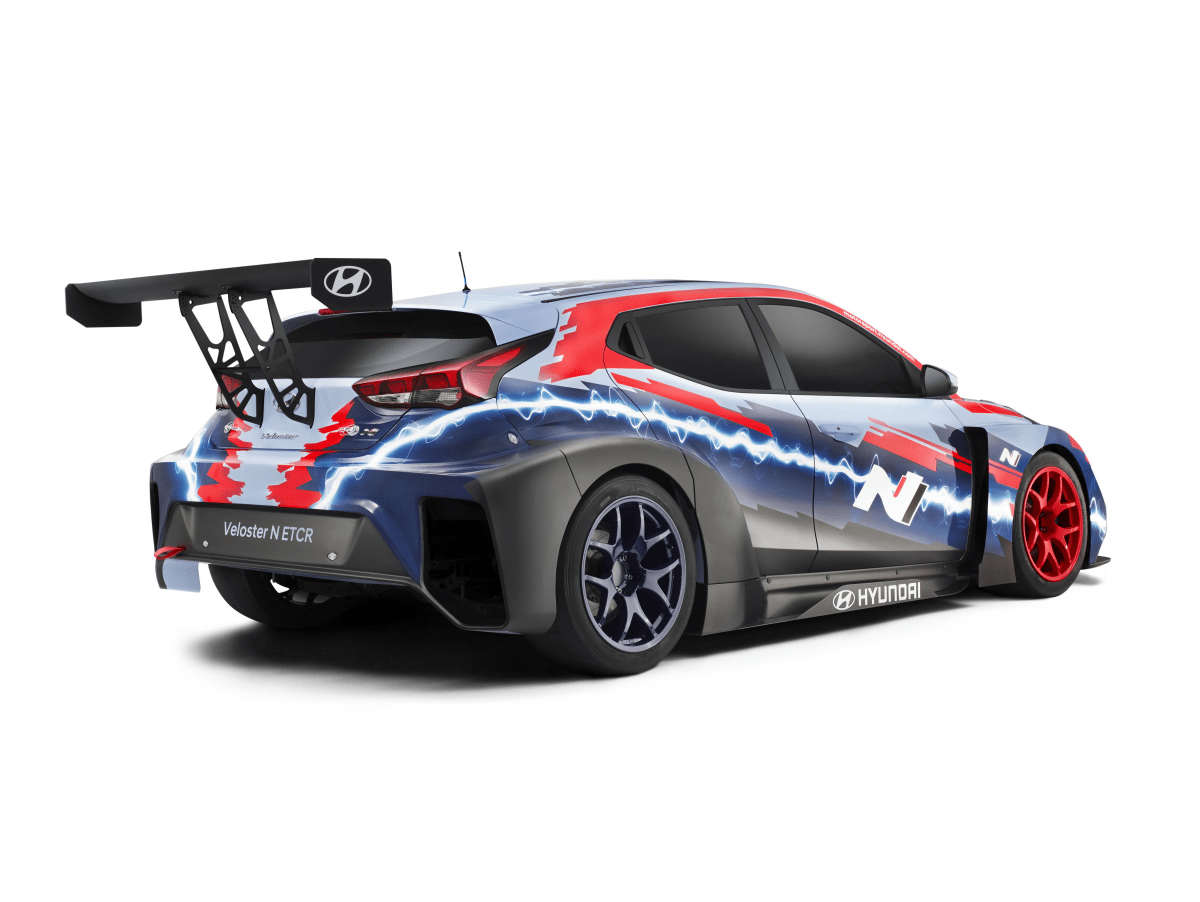 Head of Product Division, Executive Vice President of Hyundai Motor Group Thomas Schemera said: “Today, we have experienced another special milestone in the history of Hyundai Motorsport. We are proud to reveal the Hyundai Veloster N ETCR, our first electric race car, designed specifically for ETCR regulations. We have been anticipating this moment for some time and we are thrilled to open this exciting new chapter for our company.

“Through our successful Customer Racing division, we have spent many years honing our skills in touring car racing, which has resulted in two packages capable of competing for championships around the world. ETCR is the natural next step in our journey, and one that aligns perfectly to Hyundai’s global strategy for electric vehicle production.”

Hyundai Motorsport reveals search for WRC talent of the future