The radical new Chevrolet Corvette C8.R is due to have its maiden race in the 2020 24 Hours of Daytona in January. It replaces the previous-generation C7.R that competed in the WeatherTech SportsCar Championship as well as World Endurance Championship. Prior to its debut at the Rolex 24 at Daytona, the new car performed a demonstration lap at the Road Atlanta Michelin Raceway prior to the 22nd annual Petit Le Mans race in mid-October.

The first clean sheet race car design since the C5.R debuted in 1999, the C8.R is based on the roadgoing C8 Corvette, and is Chevrolet’s first mid-engine racecar to compete in IMSA’s GTLM class. 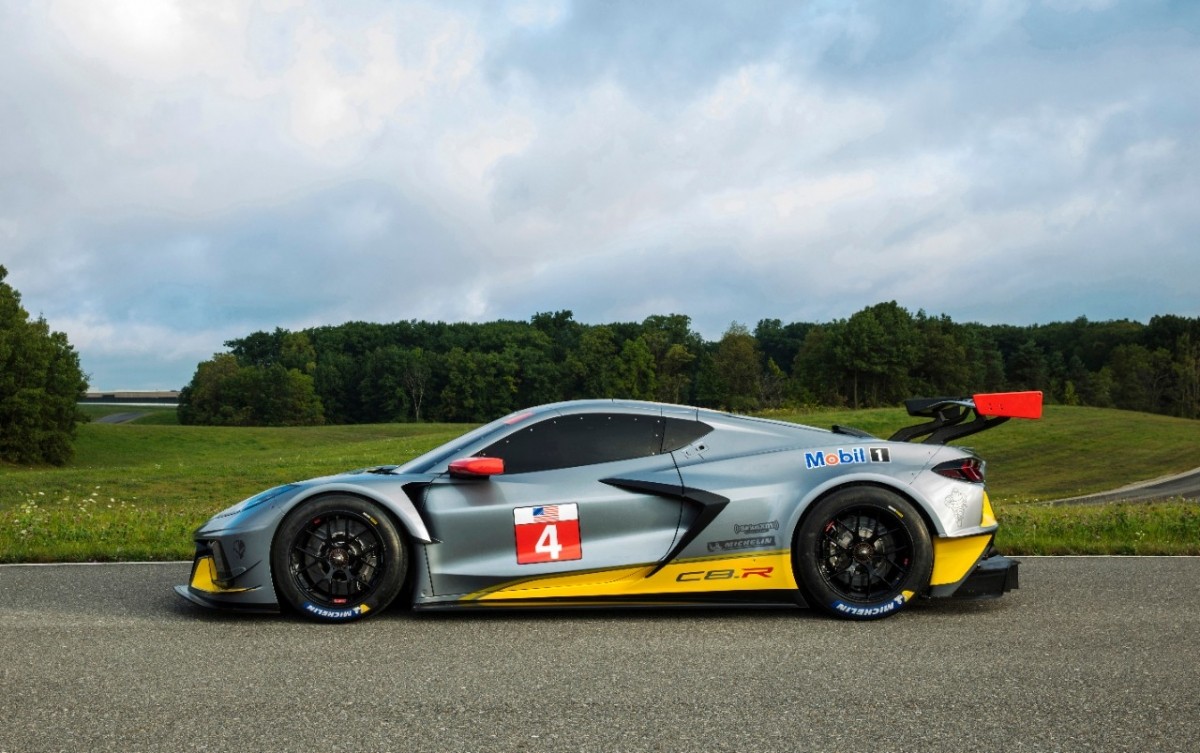 The C8.R uses a production 2020 Stingray chassis structure which is then modified to meet race series requirements. The new race-prepared chassis structure is significantly stiffer and lighter than its predecessor, the use of computer analytics making it possible to start its design well in advance of any production Corvette components being available although GM says it shares the highest percentage of production parts than any previous generation racecar it has developed. 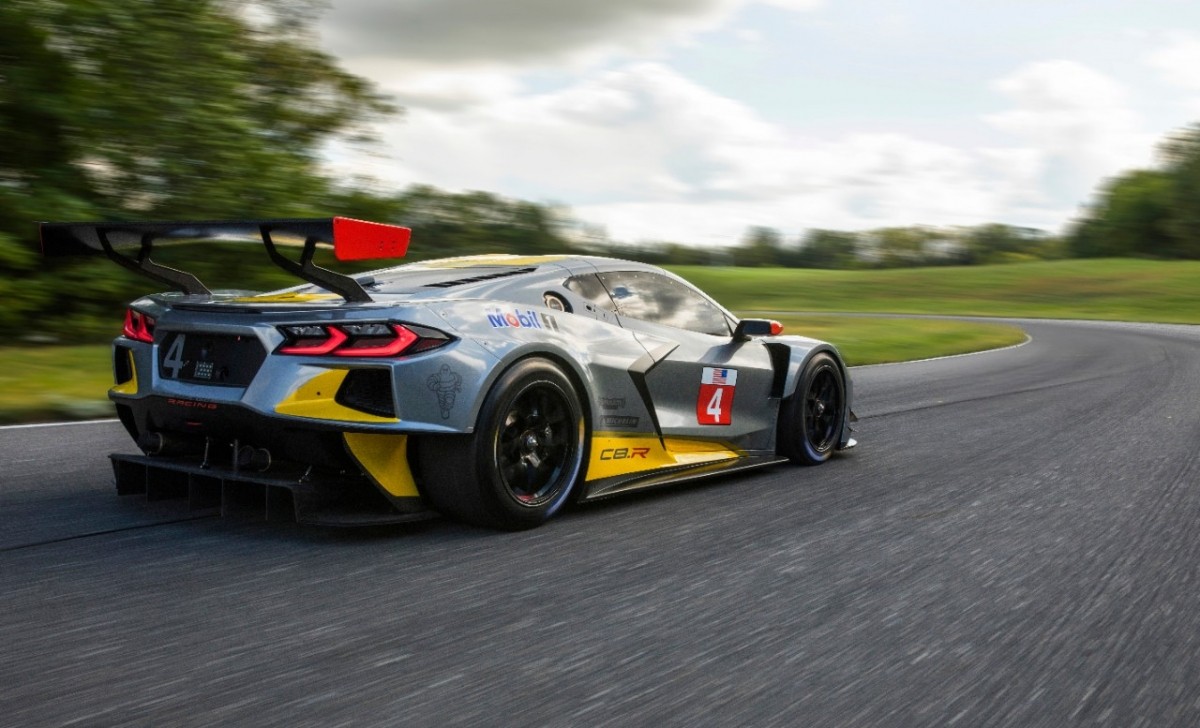 The engineering and design teams produced thousands of 3D-printed rapid prototype parts for chassis and wind tunnel testing. The use of these development tools has resulted in a racecar with improved aerodynamics and vehicle dynamics, increased stiffness and better weight distribution. Chevrolet’s Driver in the Loop simulator was also heavily utilised to evaluate numerous chassis and aero design concepts.

The 5.5-litre normally aspirated V8 engine architecture remains the same to comply with IMSA’s engine displacement rules. It produces 500 hp and 480 ft/lb. of torque and is mated to a new compact Xtrac 6-speed sequential gearbox that has been developed to provide room at the rear of the C8.R to package the racecar’s diffuser. 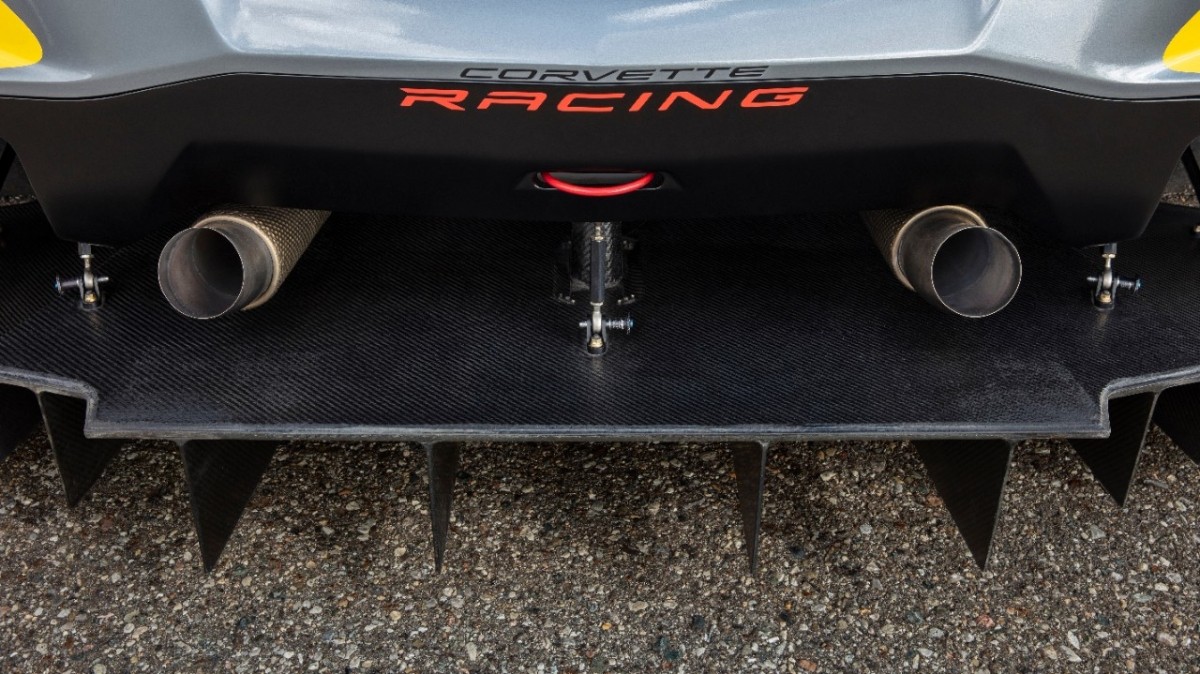 The C8.R also features a single centrally-mounted radiator located in the area used as the front storage compartment on the production Corvette. Ultra-bright racing headlights have been packaged on the racecar where the radiators are located on the production car.

Riding on 18-inch Michelin Pilot Sport GT competition tyres and with a lower centre of gravity and more even weight distribution on the wheels, Corvette Racing has worked closely with Michelin to optimise the tyre compound and construction to best support the unique traction needs of a mid-engine race car. 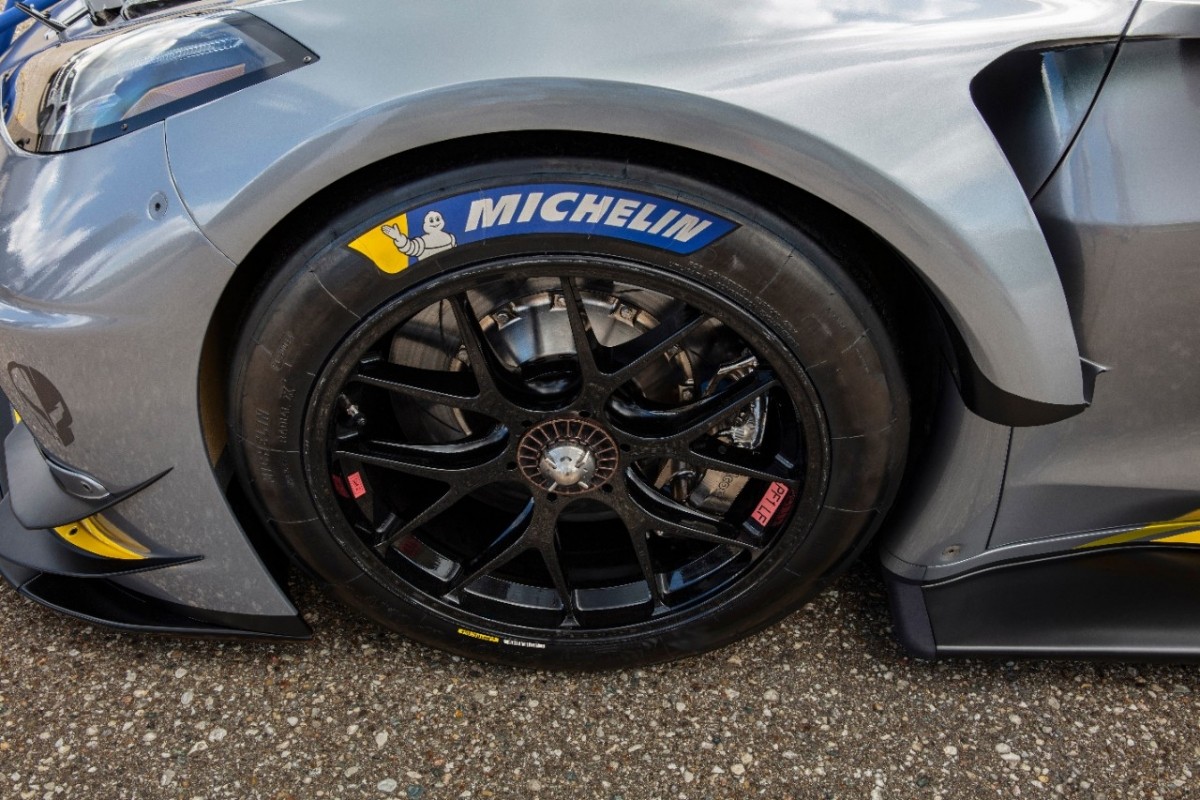 “We have looked forward to racing a production-based mid-engine Corvette for a long time,” said Jim Campbell, Chevrolet US vice president of Performance and Motorsports. “The debut of the C8.R is the result of immense collaboration between GM Engineering, Propulsion, Design and the Corvette Racing team. As Corvette Racing enters its third decade of competition, we’re excited to begin the next chapter.”

Corvette Racing will field two cars, one with the traditional yellow colour livery and another with a new silver livery inspired by the colour used on iconic Corvette concepts such as the 1959 Corvette Stingray Racer that pushed the envelope both in design and on-track performance and the 1973 Chevrolet Aerovette. 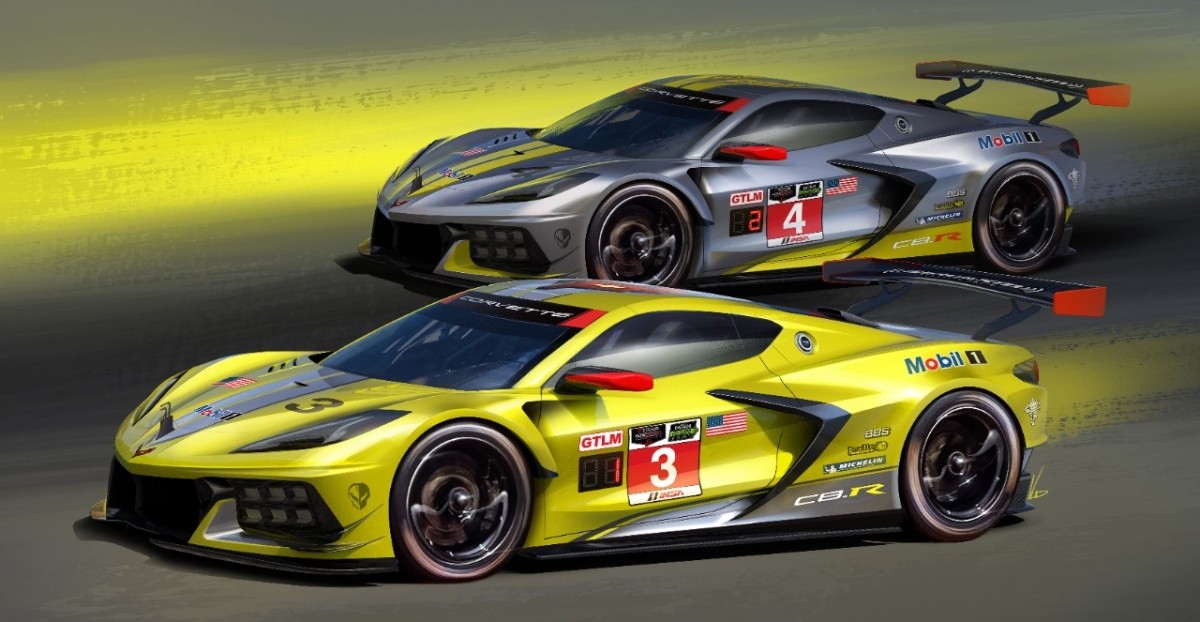 “Since the mid-engine racecar is such a revolutionary vehicle, we felt it would be fitting to honour Corvette Racing’s legacy with both a redesigned, modern livery along with a traditional livery in Corvette yellow,” said Vlad Kapitonov, lead creative designer, Chevrolet Performance Cars. “Both liveries pay homage to Corvette’s Racing storied heritage, as well as the impressive engineering and design milestones that led to up to this extraordinary race car.”

Corvette Racing partners for the 2020 season include Mobil 1, Michelin and SiriusXM. 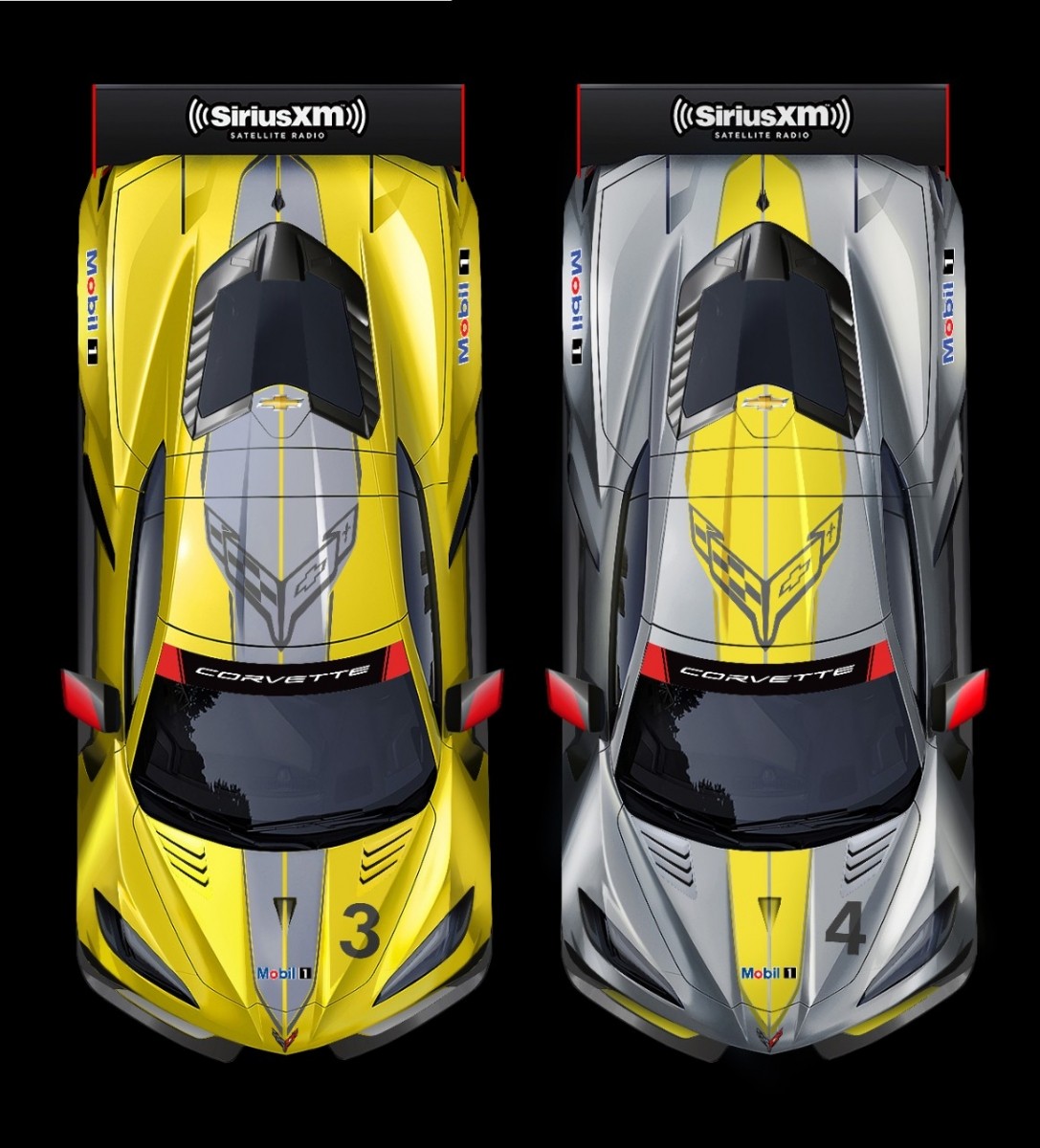