KTM X-Bow GTX & GT2 to be launched this year

Following enthusiastic reactions to KTM Sportcar GmbH’s announcement that they, with the KTM X-BOW GT2, wanted to enter the SRO’s new GT2 class as third manufacturer, further details on KTM’s latest lightweight sports car are now available. The racing car, developed together with Bavarian company Reiter Engineering, is being manufactured in the GT2 version, and also a basic KTM X-BOW GTX model for a wide range of GT racing series, both long-distance and sprint racing. The models are now being introduced onto the market and will be available direct from the KTM Sportcar GmbH or their nominated partners.

“The first 20 cars will be available this year,“ said Hans Reiter, general manager of Reiter Engineering who outlines the anticipated deployment of the future car. “Subject to the final homologation by the SRO, it then could be entered in all GT2 racing series, whereby KTM will become, alongside Audi and Porsche, the third manufacturer in this arena to offer such a racing car.”

With a power output of around 500 hp, the new KTM X-BOW GTX should be eligible to compete in various racing series governed by GT regulations. These include the Creventic 24H Series, GT Open, DMV-GTC and the Nürburgring Langstrecken series, depending on homologation. KTM is also planning a one-make Cup series with the car from 2021. 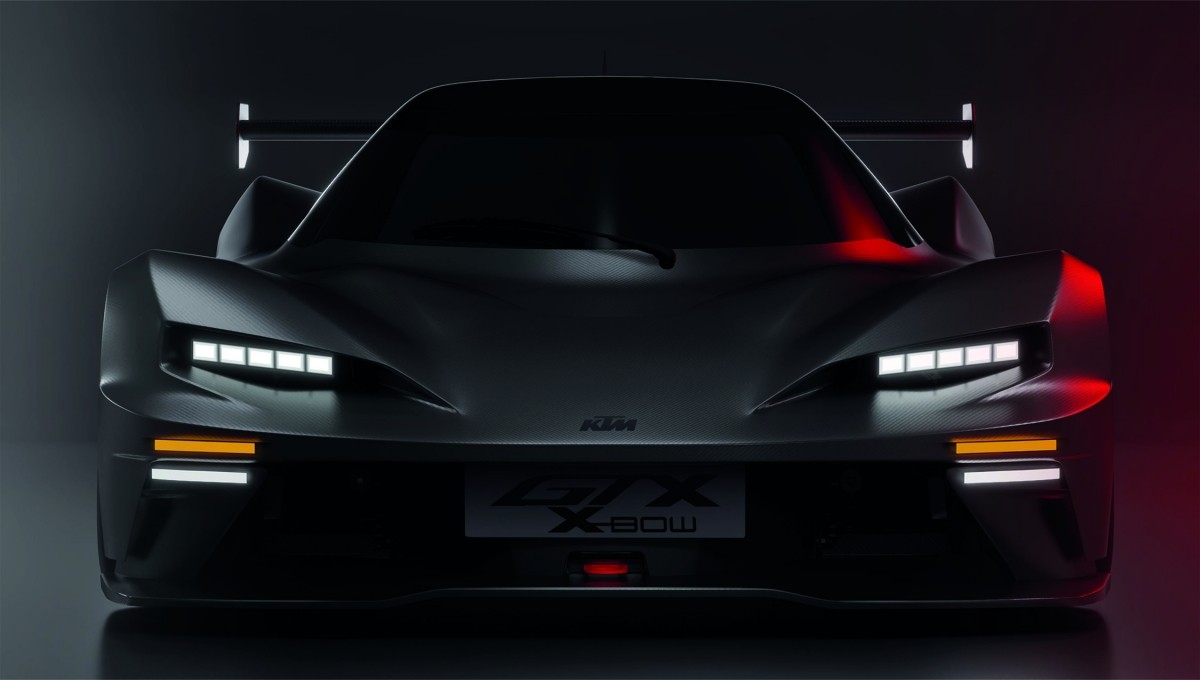 “With a vehicle weight of around 1,000 kg and an output of over 500 hp (GTX) and 600 hp (GT2) respectively, we don’t have to shy away from comparisons,” said Michael Wölfling, KTM Sportcar’s general manager. “Thanks to the light weight of the car and of the efficient, state-of-the-art Audi 5-cylinder engine, this means minimal abrasive wear. Further to that, our safety concept combines the best of both worlds. On the one hand, we have a homologated GT roll cage, and on the other, also a homologated monocoque. We will also offer the so-called Advanced Seat, which is available on request and offers even more comfort. We have also modified the canopy and the roll cage to allow for more headroom.”

The new KTM X-BOW GTX and the KTM X-BOW GT2 have now become very big cars. With 2.850 mm, they have the longest wheelbases in the GT segment – and with a total length of 4.700 mm and a width of 2.040 mm, the external dimensions also do justice to KISKA’s spectacular design and the vehicle’s technological sophistication. Pre-orders are now being accepted, and deliveries of the first 25 vehicles (GTX and GT2) are planned for autumn this year.

Pre-sales are to begin immediately with the prices now established. “We took a close look at the competitive environment, and thanks to our experience in designing lightweight vehicles, we were able to make several cost optimisations,” said KTM board member Hubert Trunkenpolz. “This made it possible to come up with an extremely interesting price – €294,000 (net) for the KTM X-BOW GT2 and €230,000 (net) for the KTM X-BOW GTX. Here, it is important to bear in mind that these vehicles have a power-to-weight ratio that is normally only available in the supercar segment. At the same time, the car sets absolute standards in matters of efficiency, and perhaps most importantly, also safety. It is also sensational news that, given the successful homologation of our car by the SRO, makes it eligible to start in the absolute top league of GT racing, the GT World Challenge Europe Sprint Cup. That makes us particularly happy.”