2020 may not have started in the best way for our sport, but the lack of racing has at least given us a golden opportunity to look back at some of the greatest moments from the past. And look back is indeed what we are going to do, as this year marks the 50th anniversary of Sauber Motorsport, an entity that was founded on 15th May, 1970 under the name PP Sauber AG.

The first foray of founder, Peter Sauber, as a constructor dates back to that golden year indeed. It was then than the Swiss man made his first foray as a constructor, launching his eponymous team and building his original C1 sportscar. Equipped with a 1-litre Cosworth engine and bearing the “C” initial of Peter’s wife Christiane, the car, with Peter behind the wheel, bearing PP Sauber logos on its nose and rear spoiler. It was a winning start – Peter won the Swiss Sportscar Championship with the C1 at the first time of asking. 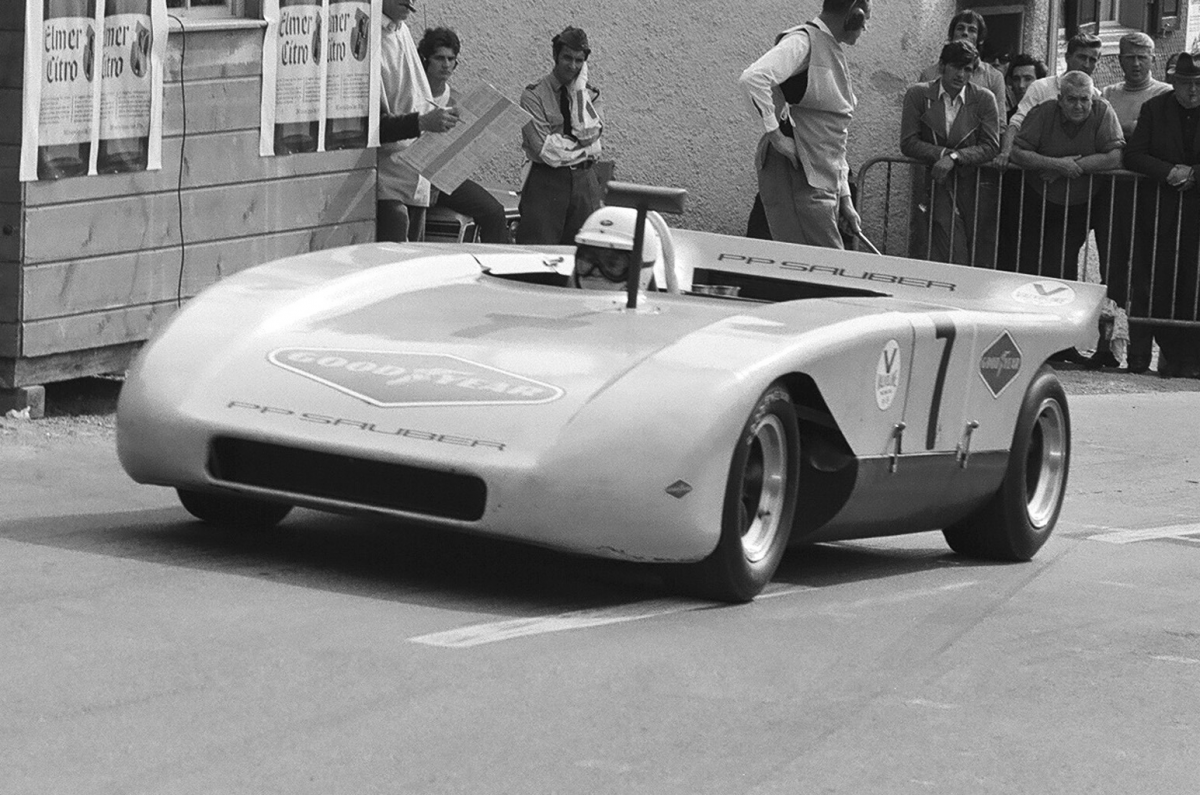 Fiirst of the line, the Sauber C1

It was the beginning of something special: something that would go on from these humble beginnings in Hinwil to the international scene, putting Switzerland on the motorsport map and eventually bringing millions of fans to Formula 1.

After its beginnings in 1970, Sauber did not take long to establish a reputation in the Swiss Championship and in hillclimb races abroad, finding eager customers for its C2, C3 and C4 models. Sauber’s ambitions, though, were not to be confined to the Swiss borders, and the C5’s triumph in the 1976 European Interseries, with Herbert Müller driving for the Francy Racing Team, brought further international recognition – and with it, the springboard to greater things. 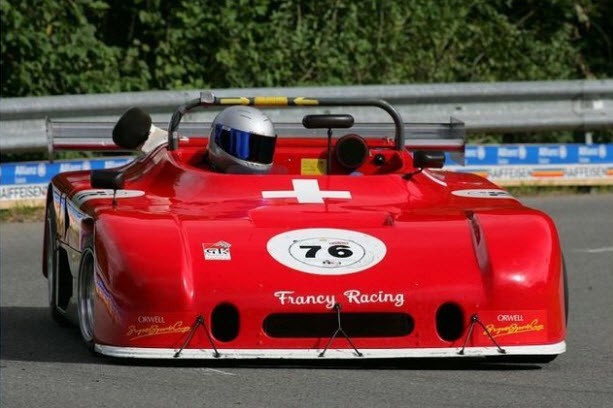 The Sauber C5 in the 1976 Sports Prototype series Photo: motorsportretro.com

The first participation in the Le Mans 24 Hours came in 1977, F3 alongside further forays on the world stage, such as fielding a BMW M1 in the Procar series that supported Grand Prix weekends. Sauber also prepared a more advanced version of the M1 which won the 1981 Nürburgring 1000 km in the hands of Nelson Piquet and Hans Stuck.

The real breakthrough, however, came in 1982, when, prompted by the introduction of the new Group C rules, Sauber entered the World Endurance Championship. It was the start of a period of growth, heralded by the 1983 Le Mans where the C7 was the only non-Porsche finisher in the top 10. A practice crash prevented the all-new C8 from participating in 1985, but the car went on to be a major force in the World Sports Prototype Championship the following year. Against major manufacturers, the car claimed a famous first win in the Nürburgring 1000 km in the hands of Mike Thackwell and Henri Pescarolo.

Positive results brought investment, and investment brought even more valuable outcomes, such as official works backing by Mercedes in 1988 – Stuttgart’s return to motorsport after a 33-year absence: finally, in 1989, having run the cars in full Silver Arrows livery, Sauber won the WSPC crown, a success made even sweeter by Jean-Louis Schlesser claiming the drivers’ title. 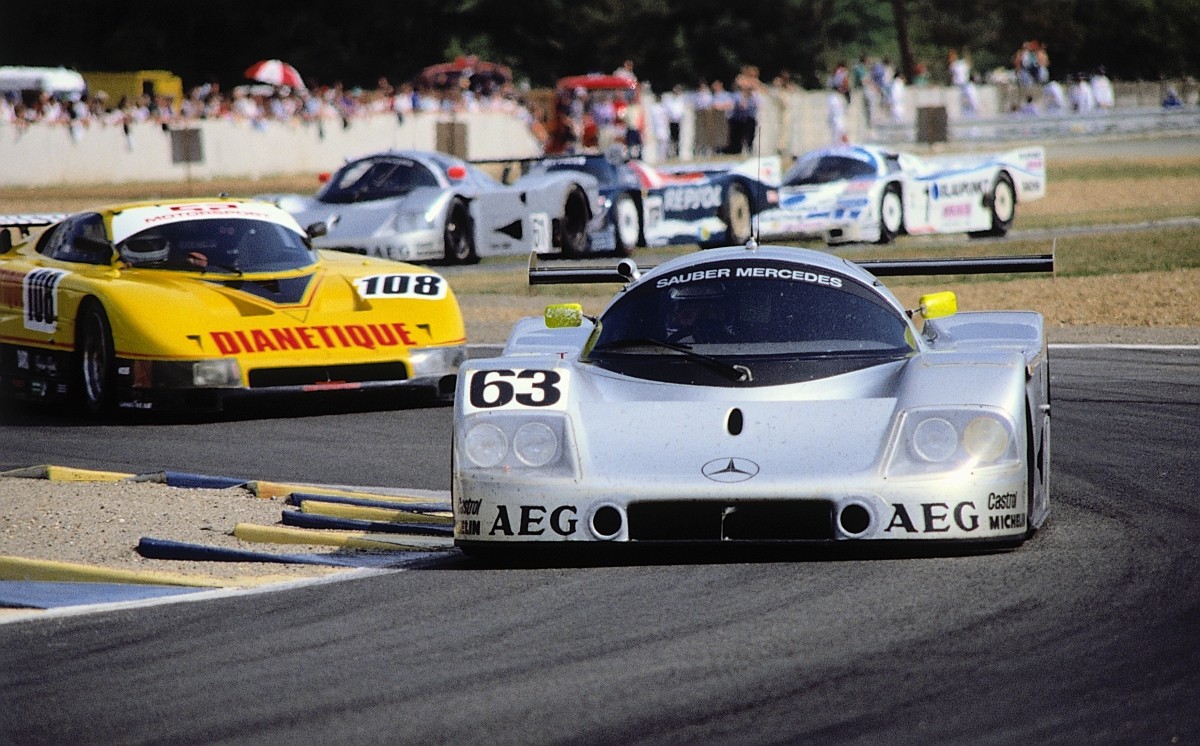 In 1989, having run the cars in full Silver Arrows livery, Sauber won the WSPC crown

The team were able to repeat this double success in 1990, with Mauro Baldi sharing the honours with Schlesser and some young, promising drivers such as Karl Wendlinger, Heinz-Harald Frentzen and a certain Michael Schumacher all starring for the Junior Team. 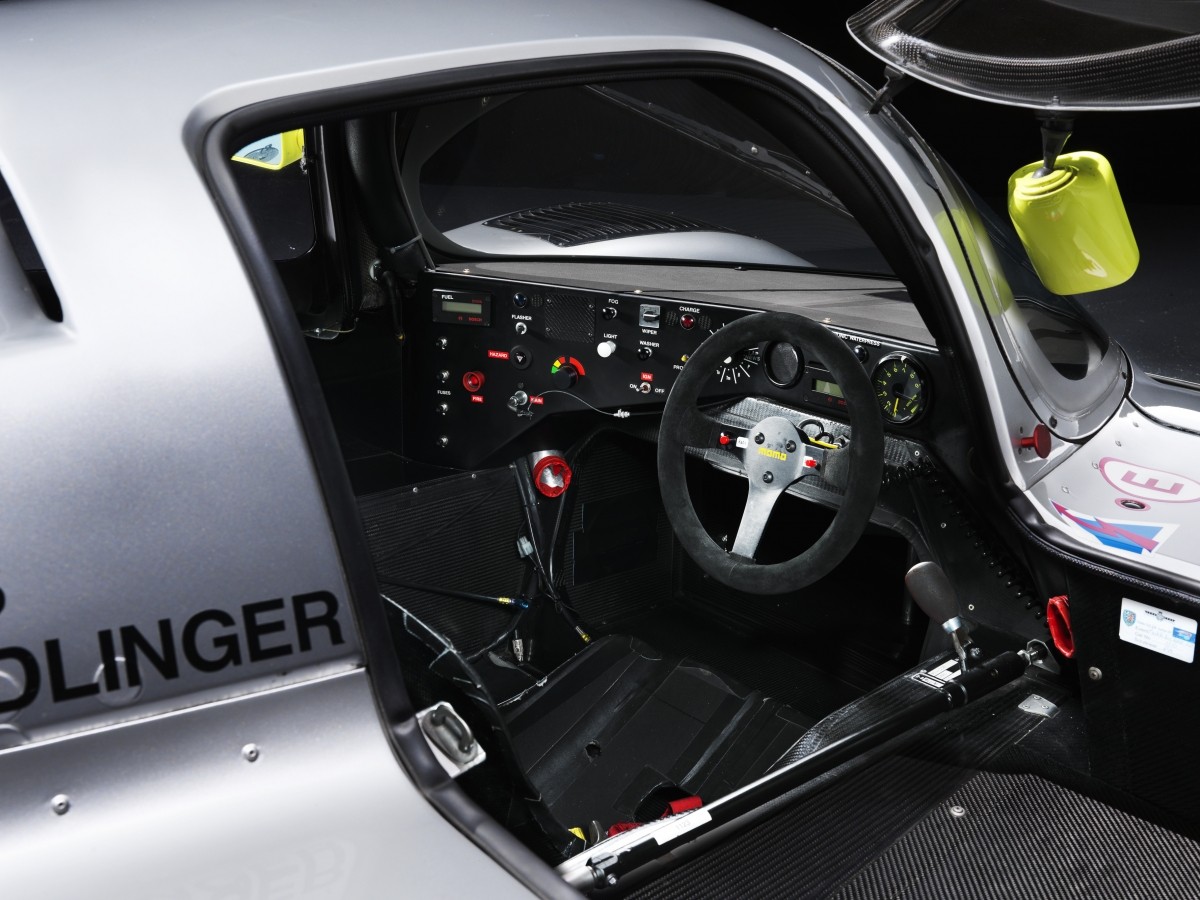 The cockpit of the 1990 Spa winner

Having left an indelible mark on sportscar racing, Sauber’s focus turned to the ultimate prize – Formula 1. It was a momentous step, one that would bring the team in front of a global audience on the biggest scene – and one that the team took in 1993, entering.

In the hands of JJ Lehto and Karl Wendlinger, the C12 made its F1 debut at the South African Grand Prix, scoring points in its first race. Two fourth places and several other points finishes led to a respectable seventh place in the Constructors’ Standings at the end of the first year in the sport.

The seed was sown for more to come, and Sauber quickly gained a reputation as a well-run independent team, promoting talented drivers and producing solid performances. The first podium for the team came in 1995, in Monza, courtesy of Frentzen, and many well-known names would go on to grace the cockpit of the cars built in Hinwil – among them, Johnny Herbert, Jean Alesi and Mika Salo. In 2001, it was the turn of rookie Kimi Räikkönen to make his debut with Sauber, helping the team reach a then-highest championship finish of fourth.

The hard-working attitude of the team was relentless – not just trackside, but at the factory too. In 2004, a massive step forward was made with the opening of the new, state-of-the-art wind tunnel in Hinwil. It was a sign of things to come, as within a year, the team would change face in dramatic fashion. A link-up with BMW allowed Sauber to make a further step up the Formula 1 ladder, bringing in World Champion Jacques Villeneuve to the driving roster. In 2007, the driver pairing of Nick Heidfeld and Robert Kubica produced the team’s best result to date by finishing second in the championship; the following year, the first pole position duly came in Bahrain and finally, in Canada, the team scored its first victory in a 1-2, with Kubica followed by Heidfeld in Sauber’s finest day. 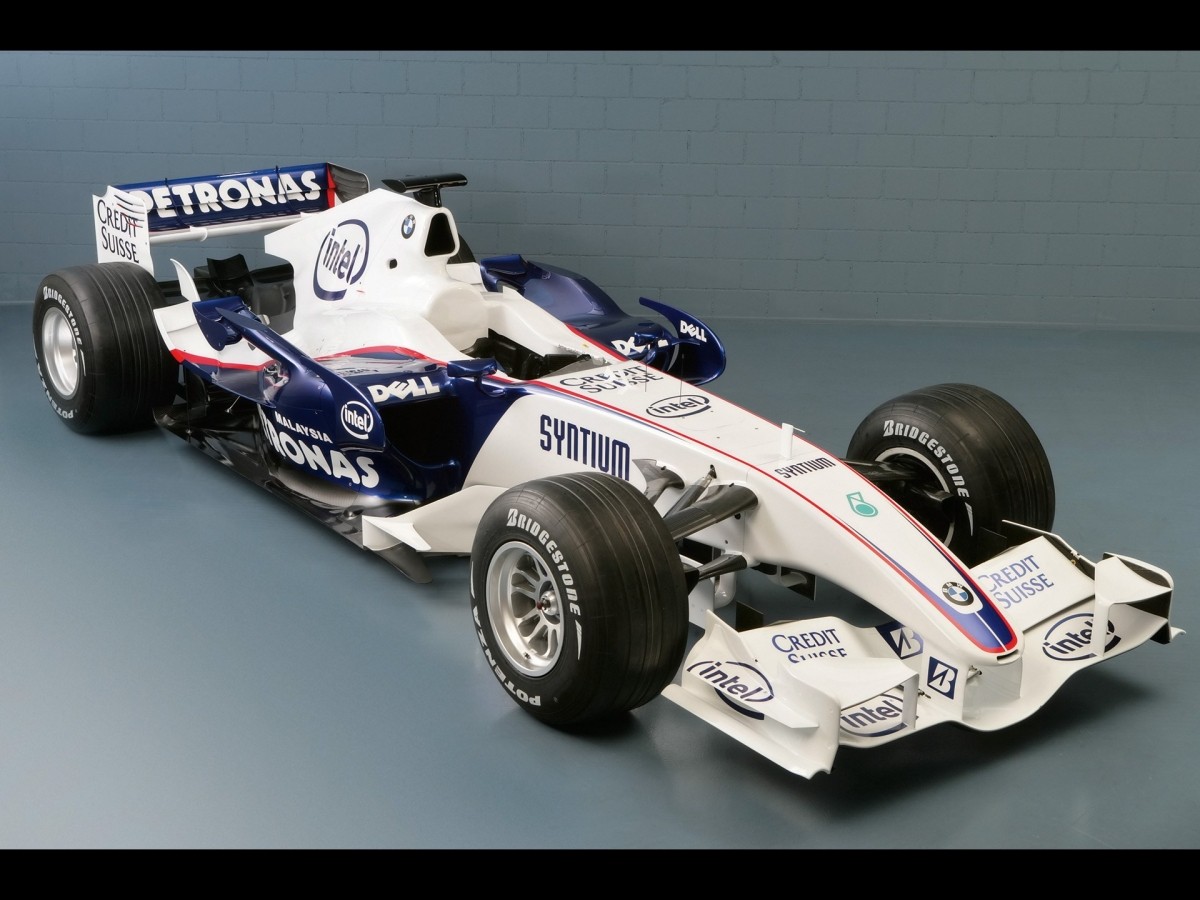 2008 was an incredible season that would go on to net 11 podiums for the team. Even though, in the end, the prospect of fighting for the championship would remain elusive by the end of the year, it showed the potential and the class of the Hinwil team.

At the end of the BMW adventure, in 2010, the team returned to the original ownership, with Peter Sauber back at the helm. Hard work and dedication continued to power the team, which kept giving chances to young, promising drivers. Sergio Pérez made his debut in 2011 and in 2012 went on to score three podium finishes to add to Kamui Kobayashi’s popular top-three finish in his home race, the Japanese Grand Prix.

A few lean years followed, but the team survived the tough times through grit and passion. In 2016, a new ownership brought financial stability and the investment necessary to give Sauber the chance to rebuild the team to its previous strengths. Partners were brought onboard, new personnel hired – an old team with a new spring in its step. The 2018 contender, the C37, saw the Alfa Romeo brand return to the sport and the new, exciting talent of Charles Leclerc make his debut in Formula 1 as the team finished eighth in the standings.

As if to demonstrate the faith in the team, now under the stewardship of team principal, Frederic Vasseur, and with the mix of experience and youth provided by Kimi Räikkönen and Antonio Giovinazzi behind the wheel, the team entered 2019 as Alfa Romeo Racing and added a title partnership with Polish giant ORLEN for 2020.

As Sauber Motorsport enters its 50th year of life, the team is solid, growing and ready for action. 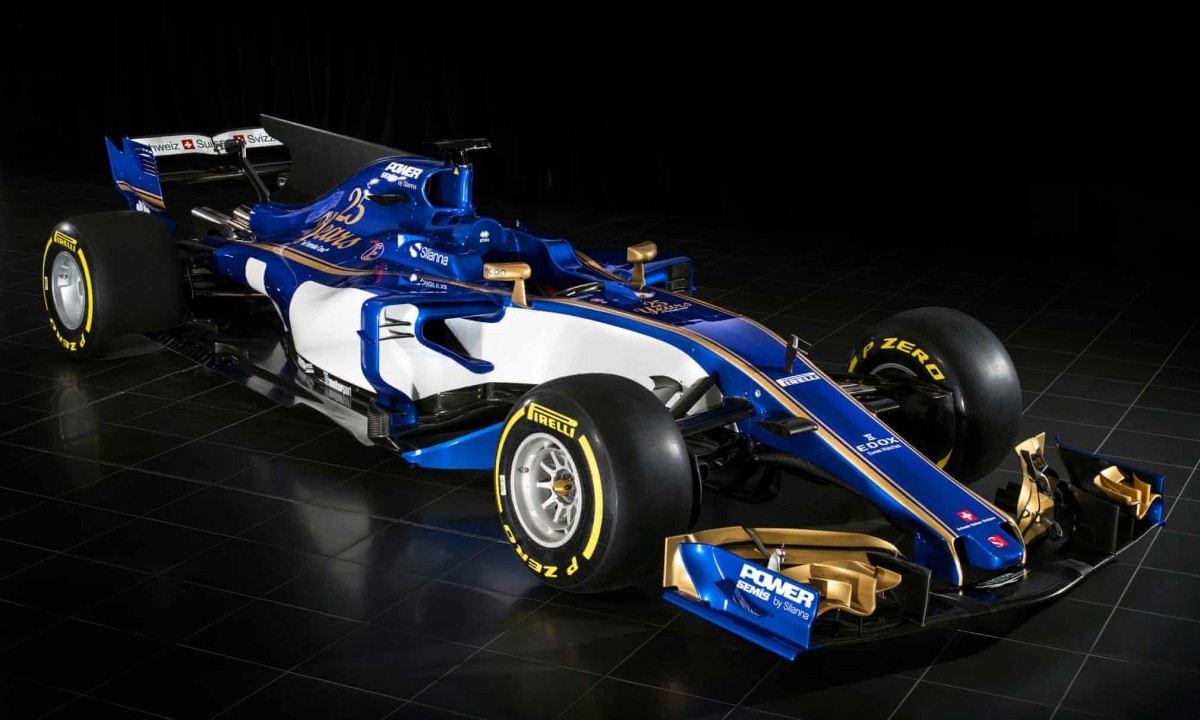 The Sauber C36 used the Ferrari 061 as its power unit, as opposed to the 062 model which was developed by Ferrari for the 2017 season.