Audi is facing one of the greatest challenges in motorsport when in the Dakar Rally for the first time in 2022 with an innovative prototype. The alternative drive concept combines an electric drivetrain with a high-voltage battery and a highly efficient energy converter for the first time. Cross-country rallying will be the spearhead of the factory motorsport commitment in the future.

“A multifaceted commitment to motorsport is and will remain an integral part of Audi’s strategy,” says Markus Duesmann, chairman of the board of management and board of management member for technical development and product Lines at Audi. “We want to continue demonstrating the brand’s slogan ‘Vorsprung durch Technik’ in international top-level motorsport in the future and develop innovative technologies for our road cars. The toughest rally in the world is the perfect stage for this.”

After many international successes in a wide range of categories, Audi is thus returning to rallying, which marked the beginning of the brand’s successful history in motorsport. From 1981, the Audi quattro revolutionised rallying. Today, permanent four-wheel drive is a standard, not only for rally cars. It also guarantees maximum safety in the sportiest Audi production models, and now also electrically in the e-tron models.

With the use of an alternative drive concept in the Dakar Rally, Audi is now facing up to the most extreme conditions. The vehicle will be driven by a powerful electric drivetrain. The energy required for this comes from a high-voltage battery, which can be charged as required while driving via an energy converter in the form of a highly efficient TFSI engine. The aim is to permanently improve the performance of the electric drivetrain and the battery in the years to come. The experience gained in this process should then be incorporated into the further development of future electrified production models.

Audi is the first car manufacturer that has committed to develop a viable alternative drive concept for the Dakar Rally, making it a pioneer in motorsport once again. In 2012, Audi achieved the first victory of a hybrid racing car in the Le Mans 24 Hours. The Audi R18 e-tron quattro remained unbeaten in the world’s most important endurance race three times in a row.

Since 2014, Audi has also been successful in fully-electric racing with Formula E. First in a supporting role for the team of its longstanding partner ABT Sportsline, and from 2017 with full factory involvement. After six years, the Audi Sport ABT Schaeffler team is the most successful entry in the history of Formula E with a total of 43 podium finishes, including twelve victories. Special highlights include winning the drivers’ title in 2017 and the teams’ title in the first season on a factory level in 2018.

“Formula E has accompanied the transformation phase at Audi,” says Duesmann. “Today, electromobility at the four rings is no longer a dream of the future, but the present.” The Audi e-tron is a bestseller in many markets. With the RS e-tron GT, Audi will soon bring its sporty spearhead onto the road.

As early as 2025, around 40 per cent of sales are expected to be achieved with purely-electric vehicles and plug-in hybrids. “This is why we are taking the next step in electrified motorsport by facing the most extreme conditions. The many technical freedoms offered by the Dakar Rally provide a perfect test laboratory for us in this respect.” 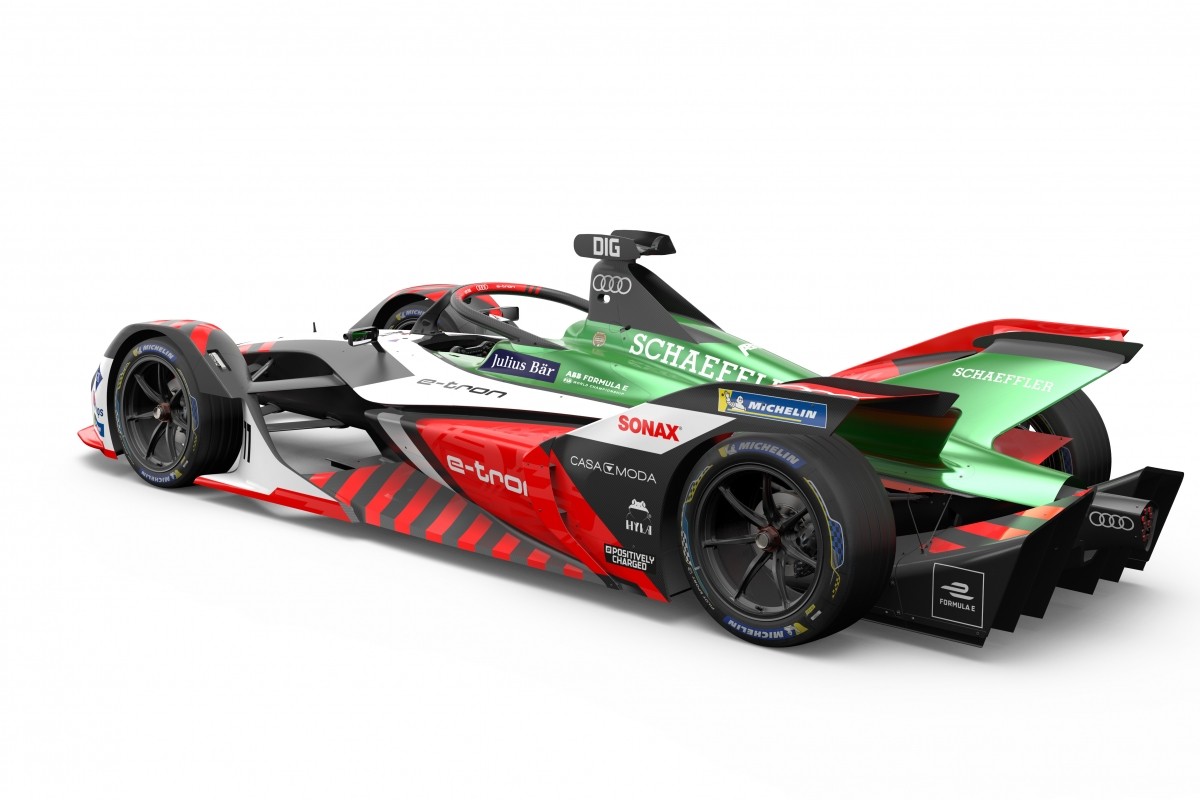 The Dakar Rally will replace Audi’s factory involvement in Formula E, which will no longer be continued in the form of an Audi factory team after the 2021 season. The use of the newly developed Audi powertrain by customer teams will remain possible beyond next year.

Customer racing remains the second major pillar in Audi’s future motorsport programme. Audi Sport customer racing will continue to offer its customers a comprehensive model portfolio, as well as intensive service for worldwide racing. In addition, the programme includes competing with the Audi R8 LMS in major endurance races like the Nürburgring 24 Hours and in international racing series such as the Intercontinental GT Challenge.

“In addition, we are evaluating other possible fields of activity for us in international motorsport,” says Julius Seebach, managing director of Audi Sport. “In doing so, we have our customers’ wishes in mind as much as the company’s future strategy, which is clearly focused on electrification and carbon-neutral mobility. This is why we are intensively preparing to enter the new sports prototype category LMDh with its highlight races, the Daytona 24 Hours and Le Mans 24 Hours. The most important message for our fans is that motorsport will continue to play an important role at Audi.”

From December 1, 2020, Seebach is assuming responsibility for the company’s international motorsport activities in addition to his function as managing director of Audi Sport. Dieter Gass, who has held management positions at Audi Sport for almost ten years and was jointly responsible for the sporting success as head of Audi Motorsport from 2017 to 2020, will devote himself to new tasks in the future, following the successful conclusion of the factory involvement in the DTM. 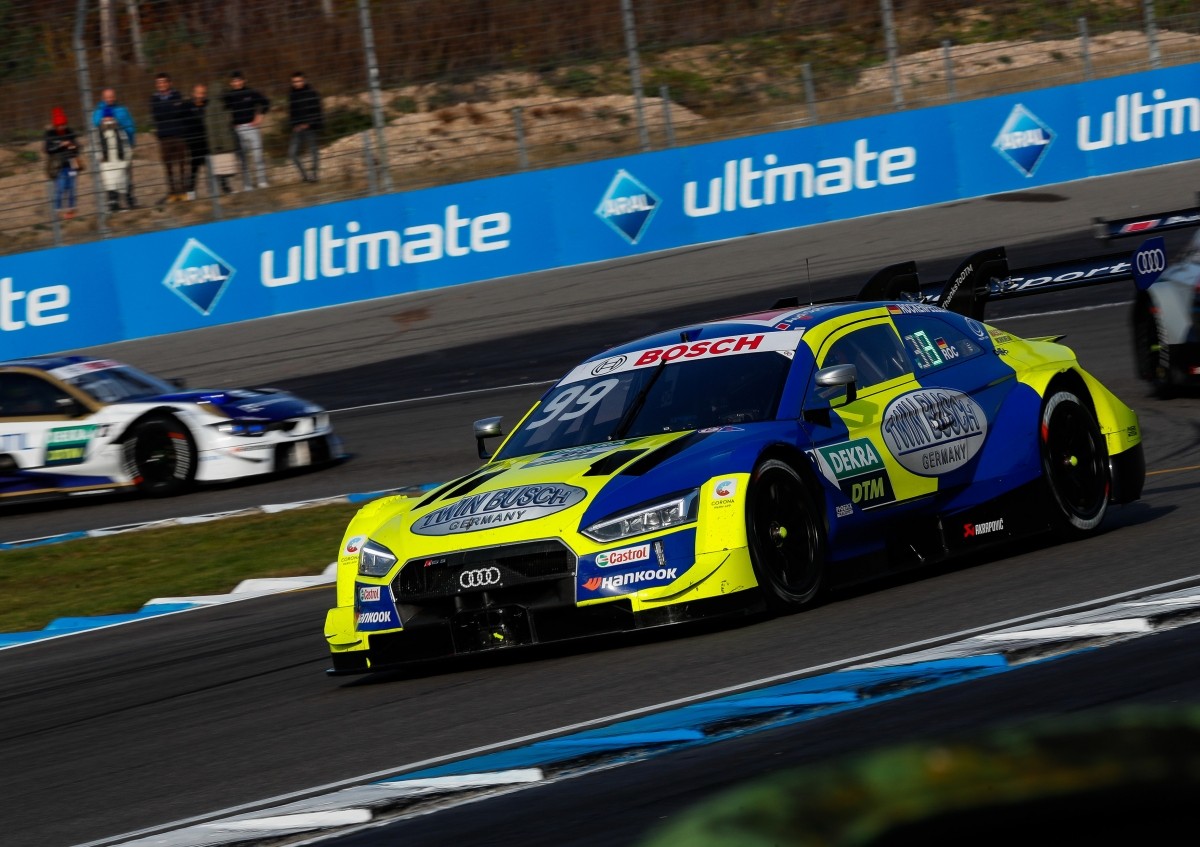 In 2020, the Audi RS 5 DTM again demonstrated that it was the car to beat in DTM