The Xtreme+ team first took the Polaris RZR to Dakar in 2012, before the SSV category was even introduced in the racing line-up. In the first year of taking on the Dakar, the Xtreme+ team claimed first place in the T3 category with driver Willy Alcaraz, making Polaris the first-ever side-by-side manufacturer to not only compete, but also to win the Dakar; a triumphant first win that set off a long streak of unbeaten Dakar rallies for Xtreme+ claiming the top spot on the T3 podium a further six times, from 2012 right up to 2017. Not only that, the French-based team has five Silkway Rally titles under its belt, six FIA World Championships, five Qatar Cross Country Rally titles and eight Abu Dhabi Desert Challenge wins, as well as a number of additional rally and Baja wins across the world.

“The Polaris RZR was the side-by-side that pioneered rally raid, and we are so happy to be celebrating 10 years of racing around the world,” said Marco Piana, Xtreme+ team manager – we’ve made memories that will last a lifetime, and out of nine Dakar editions we’ve competed at, we’ve won six of them – but that doesn’t mean we’ve finished fighting for the title.”

Now, to regain their long history of podium finishes, the Xtreme+ team are returning to Dakar 2021 with a new beast behind them: The RZR Pro XP.

With many of the famous rallies across the world cancelled this year due to Covid-19, that hasn’t stopped the Xtreme+ testing efforts with the Pro XP machine, which have been vigorous in order to prepare for Dakar; known as one of the hardest and most intense off-road challenges in the world.

“This year we’re taking the new RZR Pro XP to Dakar, and wow – what an awesome machine it is,” continues Piana. “We spent six months in development with the machine – six months of hard work, studying and collaborating with Polaris to make it the best possible vehicle for the team – and the comments after just the first two days of testing were unanimous: Easy, robust, comfortable and capable for everything Dakar has to throw at it.”

Testing in Tunisia has concluded recently after 1,600 kilometres of big sandy dunes and technical rocky trails, so far completing 4,000 kilometres since the RZR Pro XP first arrived with the Xtreme+ team.

“Performance and quality are the best qualities of the Pro XP,” continues Piana. “We feel in a really good position with this vehicle and the team are super positive about what it can bring to the Dakar race. We’ve got CST Apache tyres – super resistant and reliable, and the entire drive train from Sky Works using French brand Donnere suspension is very effective. At high speed the Pro XP can overcome all obstacles and above all, it always allows last minute corrections even when obstacles appear out of ‘nowhere’ – it gives us a lot of confidence for the difficult situations that we are sure to see at Dakar.” 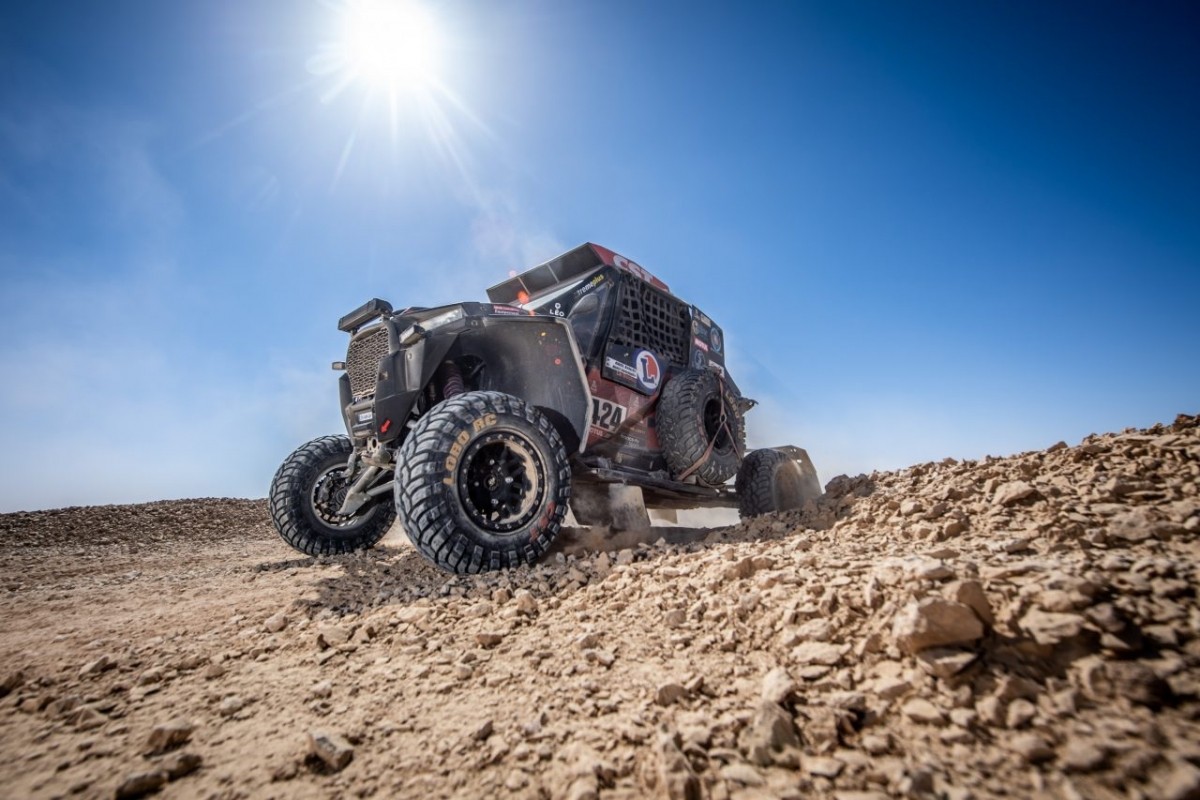