Cardiff University triumphed over 90 other teams to the become the overall winner at the global competition, run by the Institution of Mechanical Engineers, which challenges student engineers to design, build and race a single seat racing car in one year.

The event saw more than 2,000 students from 24 countries pack out the Silverstone paddocks on 20-23 July. The main Class 1 competition saw 19 electric vehicles and 73 cars with combustion engines (including Cardiff University’s) compete.

Luca Di Marino and Alex Goff, Joint Team Leaders at Cardiff University, said: “We could never have dreamt of this in a million years. In all the years of competing at Formula Student, Cardiff have never been victorious so all credit must go to the team for a great effort – it’s beyond our wildest dreams.

“The other teams were great and we just want to thank the university as well as our families and friends for their support. We couldn’t have done it without them!”

In addition, Saudi Arabian team from Alfaisal University won RACE TECH’s Spirit of Formula Student for going over and above at the competition.

Andrew Deakin, chairman of Formula Student, said: “It’s great to see a UK team doing well and to win the overall competition. Cardiff Racing’s entry was fantastic, their car was innovative and that showed with their performance on the track.

“It has been a superb competition overall, with the rain holding off for the endurance event – all teams seemed to really enjoy themselves. Congratulations to all who took part and we look forward to welcoming everyone back for a bigger and better event next year.”

As part of the competition, cars are judged on their speed, acceleration, handling and endurance in a series of time-trial races, while the teams are tested on their design, costing and business presentation skills.

Dozens of Formula Student alumni have progressed to Formula 1, and hundreds more are now working at the world’s largest automotive firms helping to design and engineer the cars of tomorrow. 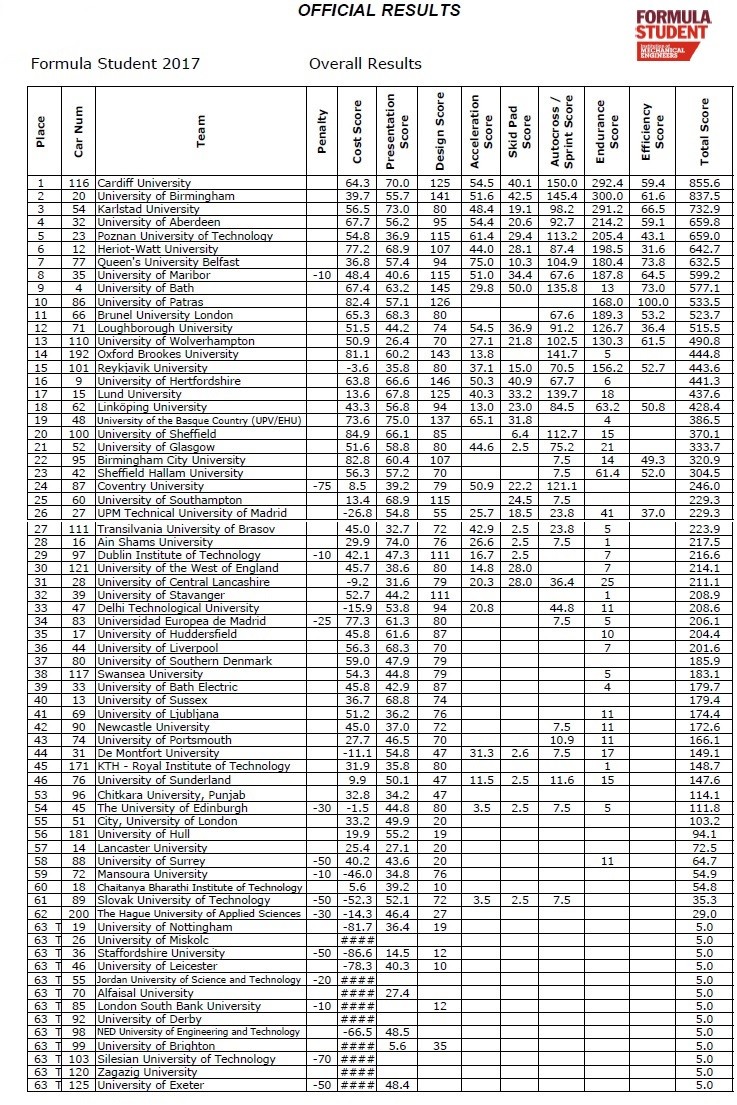