The Live Action Arena at Autosport International features a varied line up of leading motorsport drivers and racers.

Set to be a key highlight of the popular show feature is a celebration of 50 years of rallycross that will include 10 classic racers such as the Porsche 911R that won the first ever rallycross race at Lydden Circuit in 1967 and a selection of Group B icons such as the Audi Quattro.

At the wheel of the Porsche 911R will be Vic Elford, the man who took it to victory five decades ago. He will be joined in the arena by a roster of rallycross icons including John Taylor, the first ever winner of the European Rallycross Championship and the man known as Mr Rallycross, Martin Schanche. Former competitor and owner of Team Peugeot Hansen Motorsport, Kenneth Hansen, will also be in attendance. The Swedish driver holds multiple rallycross records and has won an FIA European Championships for rallycross drivers’ title 14 times.

Crowds of all ages will witness further thrilling action as BTCC drivers including Gordon Shedden, Matt Neal, Colin Turkington and Andrew Jordan go head-to-head in what is sure to be a highly competitive time trial.

Further motorsport action will come from the world of WEC. Aston Martin Racing driver Darren Turner will be taking to the Live Action Arena in the Vantage GTE #95, which won the FIA Endurance Trophy for LMGTE Pro Teams.

Renowned stunt driver Terry Grant will be returning to the Live Action Arena to perform a selection of nail-biting tricks, this time joined by professional free-style stunt rider Lee Bowers. The duo will be hoping to not only keep the audience on the edge of their seats but also thrill popular vlogger, Shmee, who will be joining Terry as he performs the exciting stunts.

Terry Grant is returning to Live Action Arena...
...with his usual exuberant display of car control

Always a crowd-favourite in the arena, more high-speed action will come from Autograss and BriSCA, who will be completing a series of races, in addition to a drifting demonstration.

All of these segments will be hosted by Sky F1 lead commentator David Croft alongside WTCC TV presenter Alexandra Legouix. 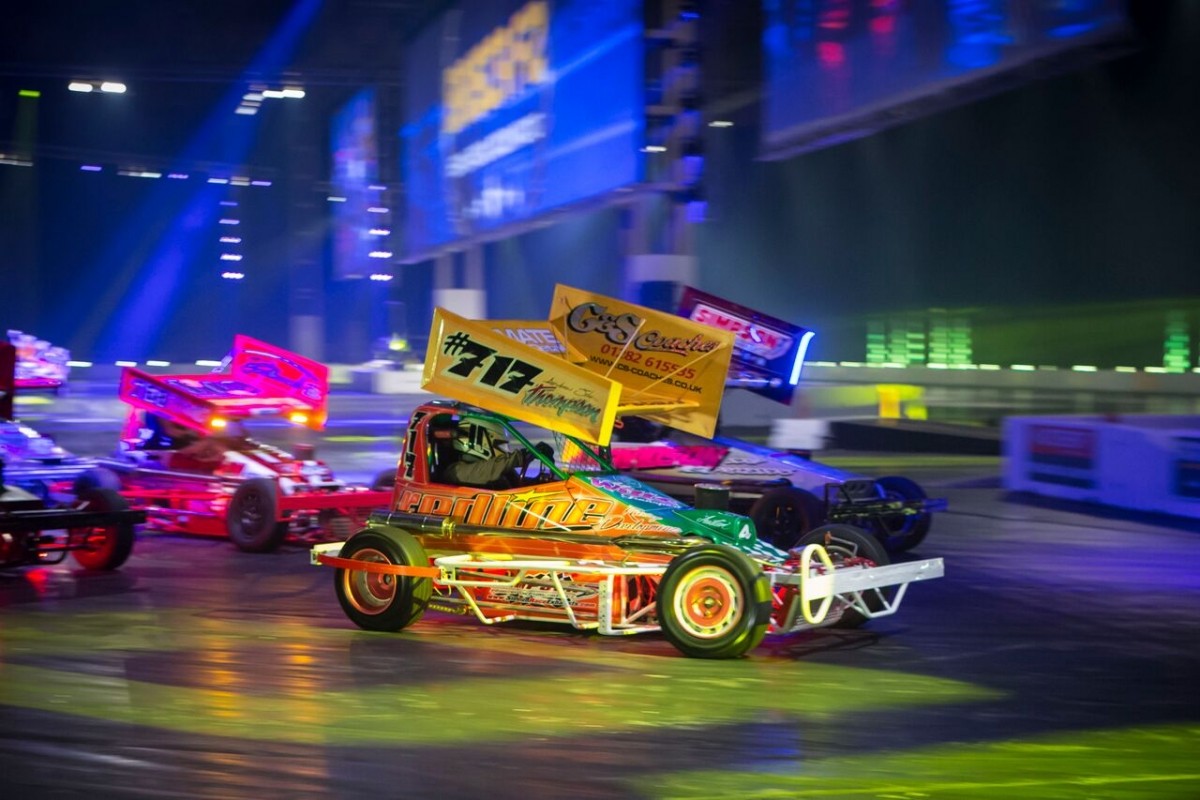