The British Touring Car Championship was the first major touring car series in the world to have committed to a firm pathway for the integration of hybrid power, when it was first announced in August 2018.

An extensive tender process followed, which included the appointment of Cosworth Electronics for the design, supply and servicing of the TOCA Hybrid system, as well as Speedworks Motorsport being selected as the official testing partner.

Speedworks has since worked closely with Cosworth Electronics to integrate and validate the hybrid solution into an all-new BTCC Toyota Corolla, with months of hard work culminating in the car’s completion ahead of the mid-summer BTCC Goodyear tyre test.

After running through planned preparation and installation checks, the car emerged from the pitlane to complete its first run on Tuesday morning – an historic moment for the series and TOCA Hybrid project.

Newly announced TOCA Hybrid development driver, Turner, recorded solid mileage around the Snetterton 300 circuit in both dry and wet conditions as he made his return to BTCC machinery for the first time in more than a decade.

The TOCA Hybrid machine successfully completed its first two days of testing – alongside the other 26 regular BTCC cars that were also on track – as Cosworth Electronics, Speedworks Motorsport and all the other technical partners commenced the car’s extensive testing and development programme before the introduction of hybrid power into the BTCC in 2022.

A tentatively planned third day of running was cancelled with all targets and goals having been met for this initial test by the close of play on Wednesday. Further news and test dates for the TOCA Hybrid car will be confirmed over the coming weeks. 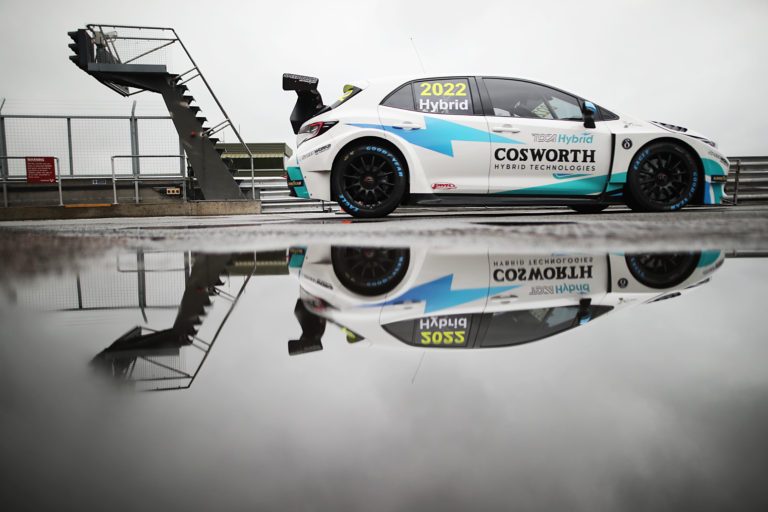 “It’s an extremely proud moment for everyone involved in the BTCC and the TOCA Hybrid project itself, “said Alan Gow, BTCC chief executive. “The BTCC was the first major touring car series to confirm its intentions and pathway for introducing hybrid technology and this is clearly another hugely significant milestone as part of that.

“This is obviously just the start of the extensive programme ahead, prior to the full introduction of hybrid technology into the BTCC in 2022, but Cosworth, Speedworks and all of the technical partners involved should be congratulated for the professionalism, expertise and efficiency shown.

“Despite these challenging times the BTCC and its partners have worked extremely hard to ensure that the TOCA Hybrid car made its track debut as originally planned and it has been an extremely positive and successful test.”

“It has been an extraordinary effort by Cosworth and all of our technical partners to get to this point – particularly in these challenging times – so this milestone is a proud moment,” said Neal Bateman, Cosworth Electronics head of support. “We have completed a huge amount of systems checking at Snetterton. It’s not just a new hybrid system for us; it’s a new electronics package, with a new ECU and hybrid controller, as well as a new display on the car… it’s all part of our next generation electronics that are going to be deployed at the same time as the hybrid technology in 2022.

“The initial test plan was to complete a number of short runs, followed by the checking of data and trying out different strategies. We are here to test, we are here to learn and here to find out what works and what doesn’t as part of this extensive programme – the test has gone extremely well.

“We are at the very beginning of our development stage. The test has clearly not been about lap times at all, but about system verification and system testing, and ensuring that everything is working as it’s supposed to be.

Working with Darren has been great – he’s extremely experienced and professional and has provided excellent feedback all week. It has been a successful few days and now we look forward to making more progress over the coming period.

“It is a great initiative and I am delighted to be a part of it,” said Turner. “I am fully aware it’s an historic moment for the series and we are all delighted to have completed an extremely successful test. 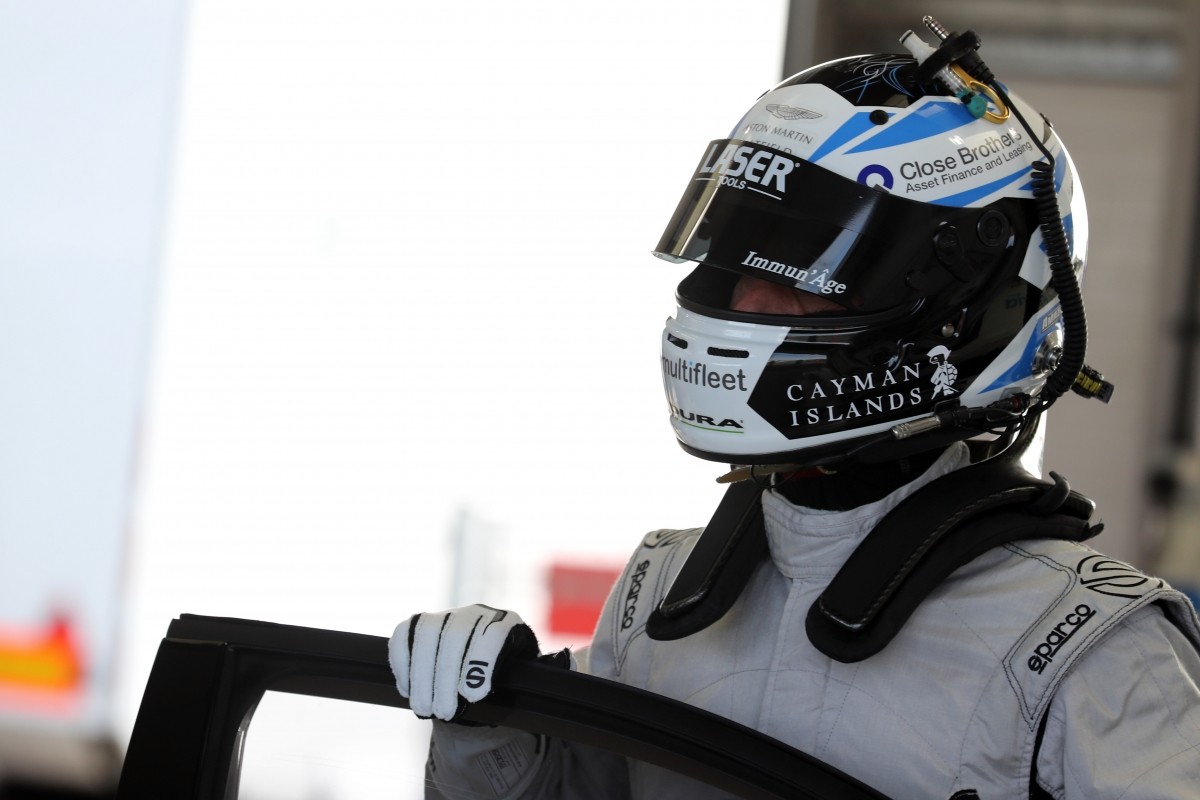 “The BTCC is the biggest and best championship in the UK and it’s right that it should be leading the way in this technology. The BTCC is leading from the front yet again, and this will be a great addition to the racing. We have regularly deployed the system on-track and it works really well – it will undoubtedly add an extra and exciting dimension to both the defensive and attacking aspects of the racing.

“We will of course be developing the system and integration further and further – this is just the beginning of the car’s track life – and we’ll be getting more and more miles in the car over the coming months. The project is going extremely well, it is on schedule and there is no need to rush things – every bit of information is vital at this point to ensure we have a robust system that enhances what the BTCC is all about, and I’m absolutely convinced we will achieve that.

“Personally, I’ve also loved being back in a BTCC car and remembering just how fun they are to drive.” 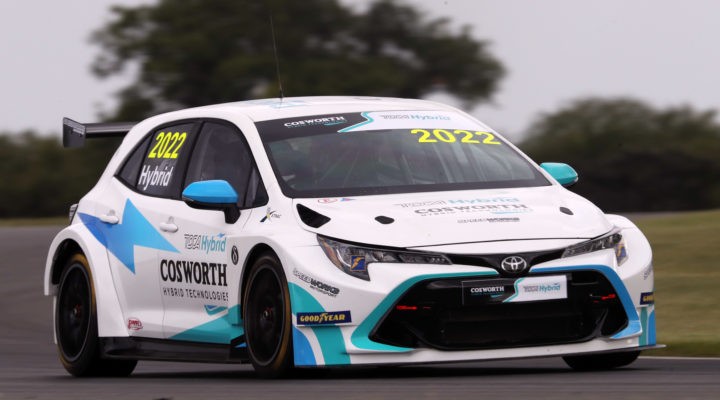