GCK Motorsport, part of Green Corp Konnection (GCK), has announced ambitious plans for hydrogen-power in cross-country rallying as the answer to the industry’s quest to develop ever more sustainable racing solutions.

In support of this commitment to future technology and long-term vision for a more sustainable future, GCK Motorsport is committed to switching all its racing projects to green energy only. As such GCK Motorsport will only compete in electric motorsport championships from 2021 onwards.

The GCK e-Blast 1 represents GCK Motorsport’s first step in promoting the future of cross-country rally: the GCK e-Blast 1 will run environmentally friendly, fully electric technology for long distance rallying with a view to integrate the GCK hydrogen solution as the programme develops. Drawing on the parallels of the technological evolution between both, the electric project will provide the foundation for GCK’s hydrogen future.

GCK Motorsport is not a stranger to battery- powered cars. It produced a bespoke electric powertrain and battery pack specific to cross-country rallying that was integrated into the chassis that won Dakar Rally in 2018. It has been further developed to produce 250 Kw, the equivalent of 340 hp, with battery power of 150 Kwh to achieve a top speed of 180 km/h and max torque of 1000 Nm, the GCK Motorsport says that its e-Blast 1 will provide the perfect platform to drive further technological advancement in long-distance rallying.

It will be unveiling the GCK e-Blast 1 at the 2021 Dakar Rally, taking on the terrain around the city of Neom, Saudi Arabia, in January 2021 as well as other off-road races throughout the year to optimise the vehicle and technology further. In parallel, GCK Motorsport will be developing its hydrogen-powered solution with a view to present a hydrogen-powered vehicle in January 2022, before being fully race-ready in 2023-2024.

“Our first target is to optimise existing electric vehicles for  the appropriate racing environment,” said Boudot, “the second one is to produce our very own electric vehicles, using the advanced battery technology we’ve been investing in and to develop a hydrogen option in parallel to soon switch to hydrogen.”

“I’ve been working on bringing together my passions for motorsport and technology with my vision for a sustainable future,” said Guerlain Chicherit, Green Corp Konnection and GCK Motorsport president. “Living in the Alps is a daily reminder of the steps we need to take to develop cutting edge technology and use our existing motorsport projects as a platform to drive a sustainable transformation.”

The next development stage of this programme is to work on the drivability of the car and the autonomy to maximise the possible range of the battery package. “This will also give us a lot of supporting data for our work on the hydrogen vehicle,” says Sébastien Lesonneur, GCK Motorsport’s head engineer.

“I’m super-excited to have brought together forward-thinking specialists in their fields to produce ground-breaking work that will make a difference,” says Chicherit. “I can’t wait to see our first phase brought to life at a race that means so much to me, the Dakar Rally.”

“Motorsport will have to follow the advancement of technology and the switch of technology the automotive industry is adopting,” says Boudot. “For sure, electric vehicles will be of significant importance in motorsport over the next few years and GCK is fully committed to this with the target to engage various race programmes in electric and no longer race thermic.” 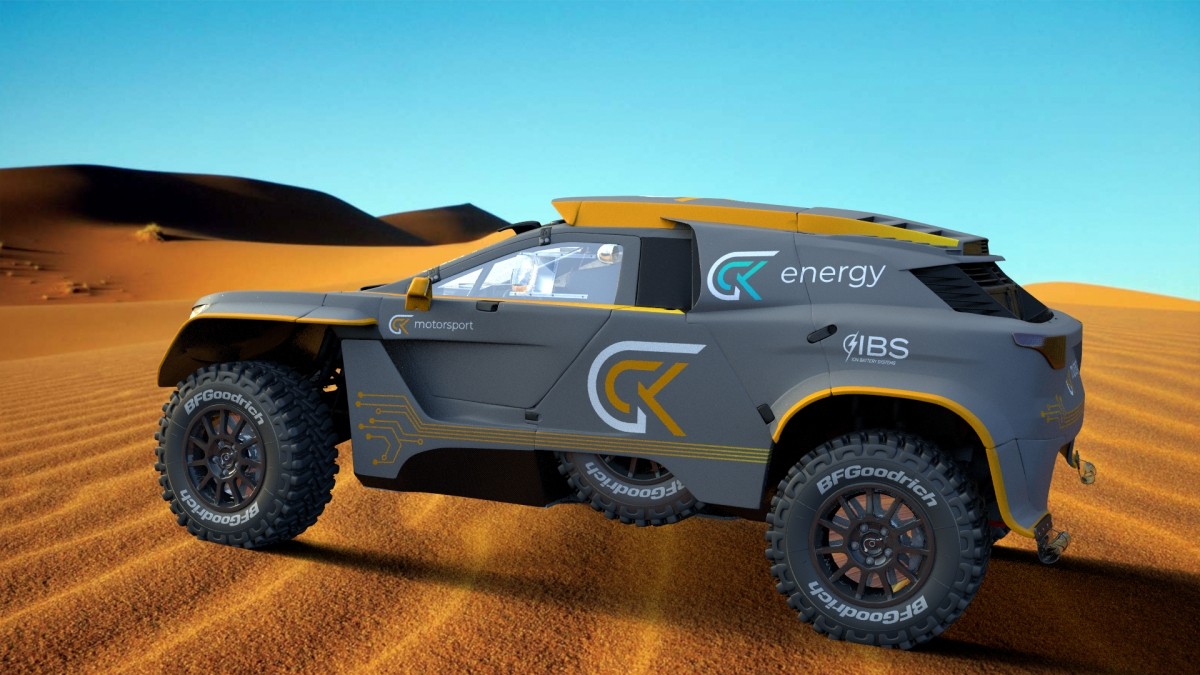