Aston Martin Red Bull Racing’s chief engineering officer, Rob Marshall, has said partnering with Honda on their power unit is still in its ‘honeymoon period’, and there is still a lot of work to be done.

Marshall says its relationship with Renault, which lasted for 12 seasons, was ‘up and down’ and was subject to conflict of interest.

He comments: “Our relationship with Renault, it’s well known, went up and down. There were times when they were frankly brilliant and were fully focused on helping us get to the front. Then they got their own team and understandably the focus was on that. There were a few things we couldn’t do.”

“With Honda, it’s quite different. We sit down together and decide what is best. When we have our meetings, we don’t talk about what makes the power unit fastest or the car fastest, we talk about what development collects the most championship points, so you take the risk of reliability into it as well. That’s how we decide whether to do something or not. So it’s quite a different approach.”

However, Marshall concedes there are areas around the power unit that need improving, which will give the team tangible gains. He comments: “We can see areas around the power unit to focus on packaging-wise. They aren’t necessarily big bits but there are probably four or five areas where we think, if we could change that, that would be better. You add five of those five things up or even three of those five things and you make a tangible gain. It’s almost like free gains, if you know what I mean, as in no real performance cost on Honda’s side.

“It’s just making different bits and moving a few things around. They are very open to our suggestions and equally, we understand when they say that’s a bit tricky or we don’t want to do that because there’s a reliability risk associated with that.”

In 2016 Red Bull Racing announced its partnership with Exxon Mobil. Marshall says there are developments that are happening with the Esso Synergy race fuel and the performance increments that come with those.

He said: “We have good communication so we’re across the hardware updates on the power unit and when there are significant introductions of performance through fuel, which coincide with these mechanical updates. On the Mobil 1 lubricant side, that’s quite different as we use a lot of lubricants ourselves. Knowledge of that is important so understanding the ins and outs of the lubricants is very important. ”

In the latest issue of RACE TECH you can read all about how Red Bull Racing defected to a resurgent Honda after 12 years and 59 victories with Renault, marred by an increasingly dysfunctional relationship. How, asks Matt Youson, are things going to be different this time around? Get it here. 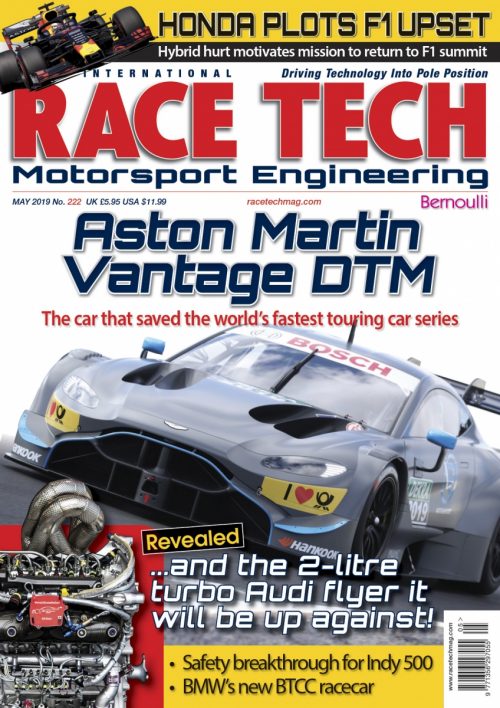