The five 3D printers at NASCAR’s Research & Technology centre – two delivered in February and installed less than two weeks ago – are typically focused on composite parts and working on an updated stock car.

When racing came to a stop on 13 March due to the coronavirus pandemic, a handful of NASCAR engineers wondered if the printers could be used to address the shortage of personal protective equipment for health care workers. They contacted suppliers and came up with designs for face shields the printers could make. They met with Novant Health, which in March 2018 became the official sports medicine provider to Joe Gibbs Racing, and has medical facilities in North Carolina, South Carolina and Virginia.

The printers are now running 18 hours a day with approximately eight engineers volunteering their time to oversee production from approximately seven in the morning until midnight every day. The newest printer, about the size of an outdoor shed, can print three face shields every 2 1/2 hours. 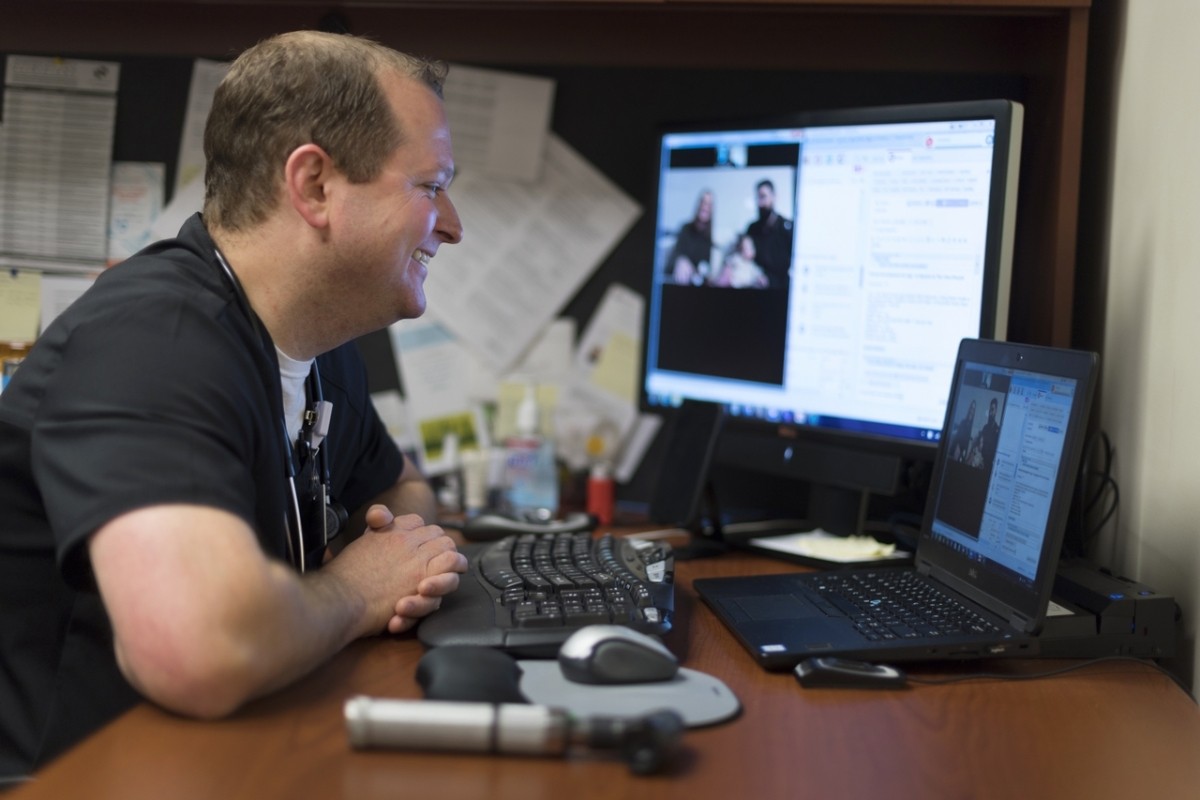 “That’s the one we try to keep running almost nonstop,” Eric Jacuzzi, senior director of NASCAR’s aerodynamics and vehicle performance, told The Associated Press. “We have people that are actually having their teenage children help with cutting the clear facial part as part of their volunteer work at home, six of us running the machines, and more people reaching out to help.”

Jacuzzi is also working with a group at North Carolina State University that can guide hospitals to 3D printers producing PPE’s.

“Just being around the industry and recognising the needs, and NASCAR does do a good amount of charitable work, when you get a chance to breathe and are sitting around watching the news, you think, ‘We just put this big, beautiful new machine in, let’s see what we can do and use it for something good’.”

NASCAR is donating the face shields as part of the charitable community acts the series does every year. The sanctioning body has followed Ford, Chevrolet and Toyota — NASCAR’s three manufacturers — as companies from the automotive industry that have pivoted production to PPE during the global crisis. 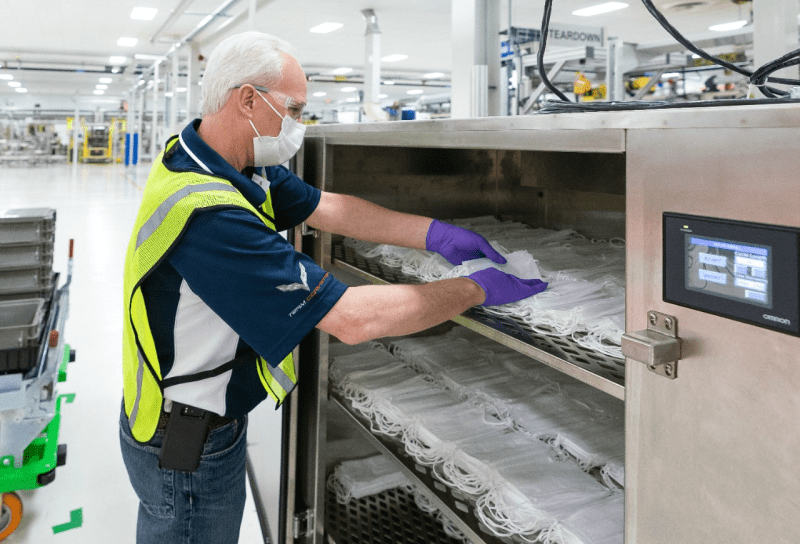 General Motors launched a rapid-response project to produce masks at scale on 20 March and has partnered with Ventec Life Systems to build ventilators, vowing to produce more than 50,000 face masks per day. Ventec and GM said the FDA-cleared ventilators are scheduled to ship “as soon as” April, they can raise production to 10,000 critical care ventilators per month and have the capability to increase output. Without help from GM’s partners around the globe, the project would have taken several months to plan and execute. The team working on GM’s face-mask project accomplished the task in just one week. GM also stated it was donating resources at cost.

“Our team began looking at ways we could quickly utilise our talents and resources to help in the shared fight against COVID-19,” said Peter Thom, GM vice president, Global Manufacturing Engineering. “Working around the clock, our team rallied with incredible passion and focus to come up with a plan to produce masks that will help protect the women and men on the front lines of this crisis.”

By 30 March more than 2,000 masks had been produced by teams working through the weekend. These initial test samples are being used to ensure the quality standards are met. Once completed, the team expects to start producing masks for delivery in early April and expects to have 20,000 masks ready for delivery on 8 April.

Once the line is running at full speed, it will be able to produce up to 50,000 masks every day – or up to 1.5 million masks a month. GM is currently developing a plan for distributing the masks, including using some of the important safety equipment to protect employees in critical GM operations. 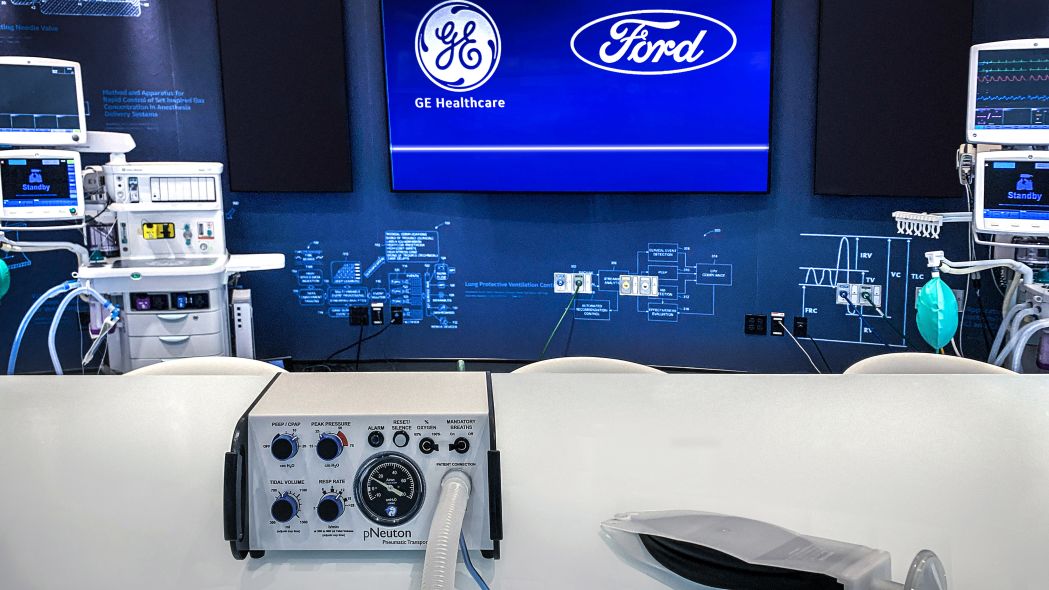 Ford is working with GE Healthcare to build air-pressured ventilators

Ford this week said it is working with GE Healthcare to build air-pressured ventilators, with a target of manufacturing 50,000 units in the next 100 days and up to 30,000 a month thereafter as needed from a Michigan components plant.

The GE/Airon Model A-E ventilator uses a design that operates on air pressure without the need for electricity, addressing the needs of most COVID-19 patients. Its production can be quickly scaled to help meet growing demand in the US.

The Airon-licensed Model A-E ventilator is the second Ford-GE Healthcare ventilator collaboration. At the end of March, Ford and GE Healthcare announced a separate effort to produce a simplified ventilator design from GE Healthcare. The combined ventilator supply will help address the increasing surge demand for ventilators around the US in the fight against COVID-19, each well suited to meet time, production volume and patient care requirements.

Ford is initially sending a team to work with Airon to boost production in Florida, and by the week of 20 April will start production at Ford’s Rawsonville Components Plant in Ypsilanti, Michigan, quickly ramping up to reach full production to help meet surging demand.

“The Ford and GE Healthcare teams, working creatively and tirelessly, have found a way to produce this vitally needed ventilator quickly and in meaningful numbers,” said Jim Hackett, Ford’s president and CEO. “By producing this ventilator in Michigan, in strong partnership with the UAW, we can help health care workers save lives, and that’s our No. 1 priority.”

Toyota has said it is ready to start production of two critical pieces of medical gear in North America to help those on the front lines but is looking for a partner to supply filters that keep virus particles at bay.

US teams and suppliers step up to the plate

Keselowski Advanced Manufacturing, which is equipped with a combination of 3D printers and CNC machining, has “joined forces with groups endeavouring to meet the face shield production needs of those in healthcare,”said Brad Keselowski. Joey Logano, Keselowski’s teammate at Team Penske, has established a $1 million Response and Recovery Fund through his foundation.

Technique, which supplies chassis kits for NASCAR teams, has retooled its Michigan factory to double its production to 20,000 face shields by the end of this week.

NHRA’s Don Schumacher Racing and its manufacturing arm have teamed with 3D printer Stratasys to produce headbands to be used with medical face shields. DSR has committed both of its 3D printers to round-the-clock production.

“We have the capability, so of course we wanted to do whatever we could to support vulnerable medical personnel that are working so hard during these unprecedented times,” said Schumacher.